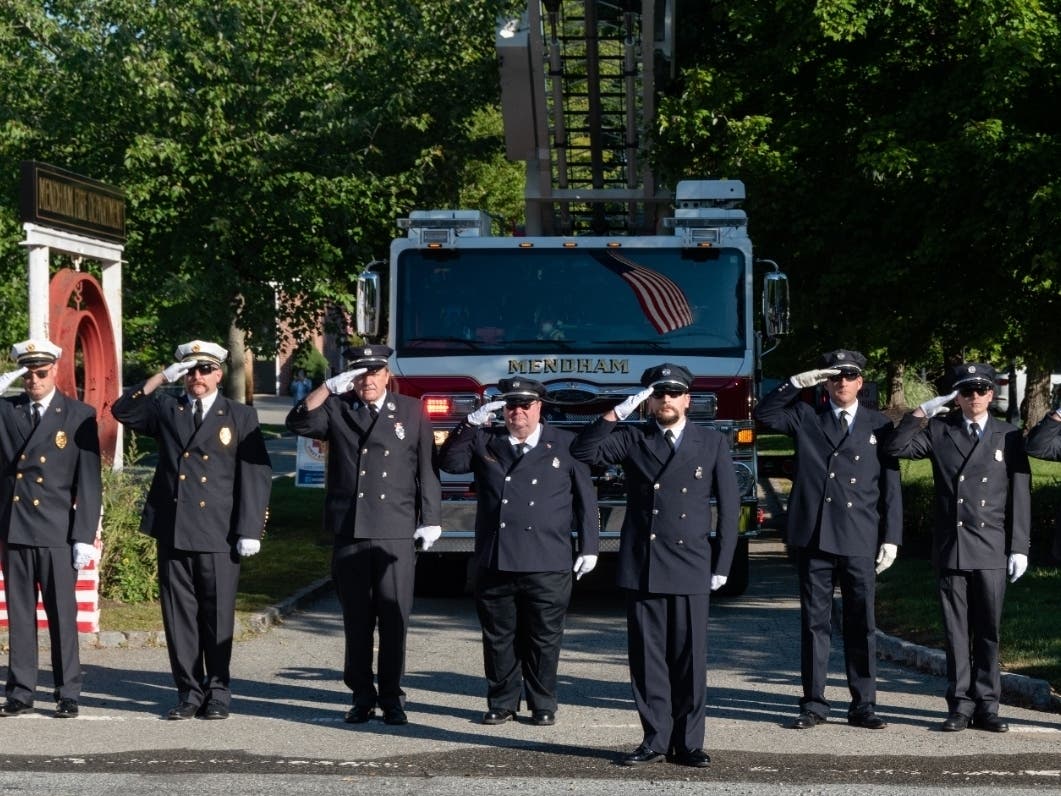 MENDHAM, NJ – Throughout the weekend leading up to the 20th anniversary of the 9/11 attacks, community members from Mendham and Chester paid tribute to those who lost their lives in a number of commemorations, and to those who provided assistance in the aftermath of the tragedy.

In Mendham on Saturday, September 11, signals rang out at important times, marking what happened during the attacks, township mayor Sarah Neibart said. The first sounded at 8:46 a.m. when the first plane struck the North Tower, the second at 9:03 a.m. after the South Tower attack, the third at 9:37 a.m. when a plane crashed into the Pentagon in Washington DC, and the fourth at 10 a.m. 03, when the passengers of Flight 93 deflected the hijackers from their DC target and instead ground their plane in a field in Shanksville, Pennsylvania.

First responders held a remembrance ceremony on Saturday ahead of the Brookside Engine Company’s annual clambake, where there were other tributes there, with the Mendham Fire Department bringing in an antique fire truck; and Chester First Aid Squad also with a vehicle on display.

“As we continue to reflect on this heartbreaking day, let us also remember the strength, solidarity and hope that we have gained over the past 20 years,” said Neibart.

Audrey Gavagan, a resident of Mendham who took pictures of first responders on Saturday, said: “Growing up in Mendham, I saw firsthand how the aftermath of the events of September 11, 2001 shaped our community.

“For me, the 20th anniversary ceremony at the fire hall reflected the resilience of our first responders, as well as the widespread unity and determination that defined these events,” she added.

In Chester, where there was a joint commemoration at the Gregg Froehner 9/11 Memorial, the Chester Police Department, Chester Volunteer Fire Company, Chester First Aid Squad and Morris County Sheriff James Gannon visited ” the tree of survivors ”at the memorial, which has grown since its inception in 2019.

“Our hearts go out to the families and friends of the 2,977 people who perished that day,” the Chester Police Department wrote. “We will not forget.”