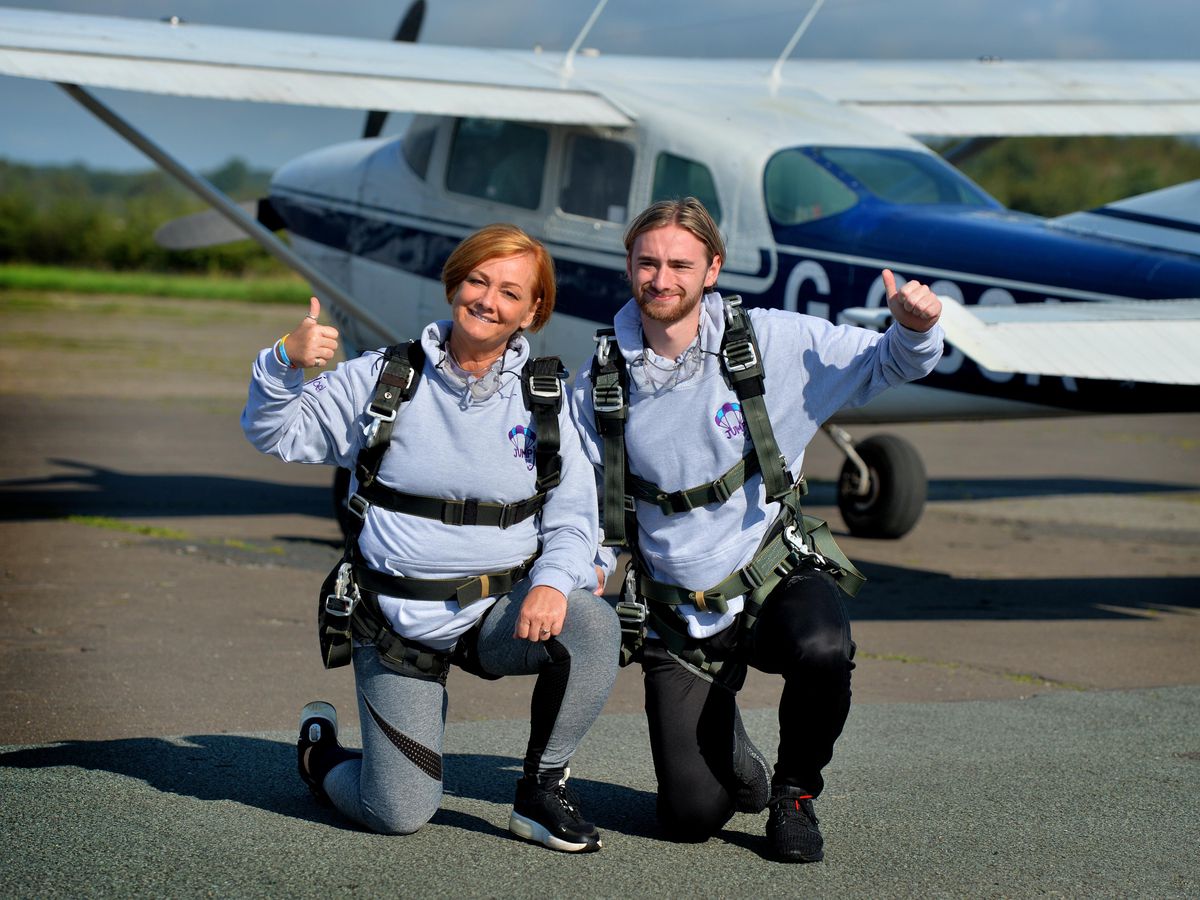 More than £ 43,000 raised in memory of victims of terrorism in Tunisia with tandem parachute jump

Suzy Evans and her son Owen jumped from a plane over Shropshire with others at 10,000 feet to honor the memories of those who have died and to raise funds for Smile for Joel.

This led to the creation of the Smile for Joel charity to help families torn apart by murder and terrorism by raising awareness and supporting those in need.

And for the parachute jump at Tilstock Airfield, Whitchurch, Shropshire, Suzy and Owen were joined by members of other families who also lost loved ones.

In total, 13 people in the group – made up of family members of the 38 victims of the attack – managed to rise to the challenge before the bad weather set in.

But the event, dubbed Jump for Joel, has been hailed as a huge success with over Â£ 43,000 raised so far thanks to Saturday’s tandem jump.

Suzy said: â€œPersonally I would say it’s a once in a lifetime experience – all the other jumpers said they would do it again, but once is enough for me. It was amazing, but unfortunately not everyone could not jump [because of the weather] there is therefore another jump date to be settled. We had 13 people who managed to get started, so we have more to do and we will have a date set aside in the agenda for them.

“Everyone was so supportive, but it was horrible [the nerves] – it was the most terrifying thing I have ever done, but Owen loved it. Once the parachute opens you know you’ll be fine and you can admire the English countryside so once that happened it was amazing. But it was scary, very scary – but unbelievable. I have never been so excited and horrified at the same time. “

The 52-year-old said the event had been postponed four times, due to Covid-19 and the weather, and said it was “great” to take up the challenge after all the delays. â€œI want to thank everyone who participated, as well as for the donations. We are always so excited because we have the event to do again for those who did not jump,â€ she said.

Other jumps were also organized across the UK, in addition to this event, to ensure that each of the 38 victims of the terrorist attack was represented. People who wish to donate can visit smileforjoel.com

The row of submarines that are sinking diplomatic relations