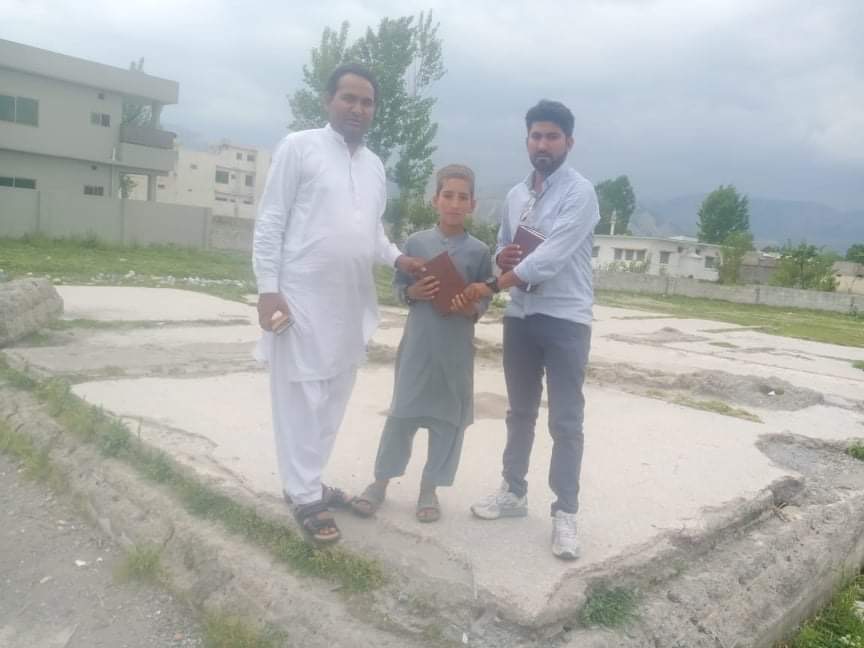 Pakistan (MNN) – Years after helping to organize the September 11 terrorist attacks, violence has caught up with Osama Bin Laden in Abbottabad, Pakistan. His compound was raided by the US military and he was killed.

But earlier this year, Mission cry the partners went to Abbottabad for a very different reason: to share the story of Jesus. They donated 2,000 Bibles to people living in 500 homes around the site of the former Bin Laden compound.

Jason Woolford says, “We have 100 Muslims outside the compound who gave their lives to the Lord Jesus. We had a woman who looked at the Bible (she had never seen a Bible in her life) and said, ‘I don’t know what God is in this book. But the one I am serving is wrong. And she ended up giving her life to the Lord.

Many of these people had never been able to own a Quran, so receiving a Bible was a special experience, says Woolford.

Mission Cry partners have also ministered along the Afghanistan-Pakistan border. Woolford says, “Some of the underground churches that are in this area do not have the capacity to have Bibles for their people, for our brothers and sisters. And so we were able to encourage them and let them know the Word of God while they had a house church or secret meetings. Especially near the borders, in Chaman and Quetta.

Watch a video talking more about this mission here. It includes interviews with Pakistani Christians who attended. Woolford said, “Two boys from the compound gave their lives to the Lord Jesus Christ. This is what the video details.

Praise God for his work in Abbottabad.

The header photo shows Mission Cry partners and a boy they met on their trip to the former bin Laden compound. (Photo courtesy of Mission Cry)