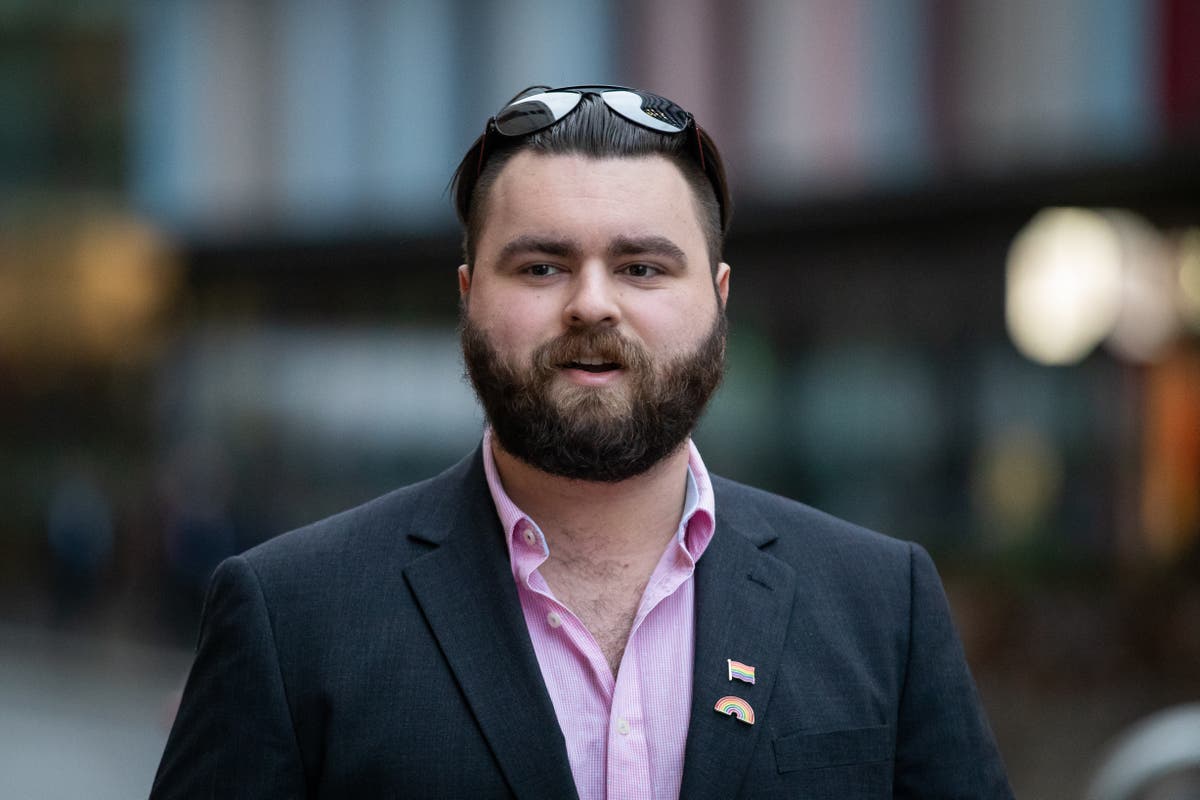 A neo-Nazi student who carved a swastika in his girlfriend’s buttock must be sentenced for his leading role in a far-right group.

Andrew Dymock, 24, the son of middle-class academics, told jurors “Thank you for killing me” after being convicted in June of 15 counts, including 12 terrorism-related offenses.

He will be sentenced by Judge Mark Dennis QC at the Old Bailey on Wednesday.

The court heard that Dymock was promoting the now banned System Resistance Network (SRN) group that aimed to “start a race war” through a Twitter account and website.

He used online platforms to raise funds for the organization, which â€œpreached zero toleranceâ€ to non-white, Jewish and Muslim communities and described homosexuality as a â€œdiseaseâ€.

Dymock, who at the time was studying politics at Aberystwyth University in Wales, denied being behind the accounts, saying he was ridden by an ex-girlfriend, who had failed to recruit him to join the banned terrorist group National Action (NA).

Police found a photo on one of Dymock’s devices showing a swastika cut into the woman’s buttock and he told detectives in an interview in January 2019 that he used his fingernail to scratch the symbol .

Dymock’s computer revealed long-standing extremist views dating back to the age of 17, including a Google translation of the words “Kill all the Jews.”

The court heard that the SRN was one of a small number of groups that filled a “questionable void” following the ban of far-right group National Action and was itself banned in 2020.

On October 8, 2017, Dymock wrote about the creation of the SRN on a right-wing webpage, stating that the group was “focused on building a group of loyal men, loyal to the cause of National Socialism and to the ‘establishment of the fascist state by revolution’.

Dymock was kicked out of the SRN in late February 2018, four months before he was arrested at Gatwick Airport as he attempted to board a flight to America.

Police found far-right literature in their luggage, including Siege, an anthology of pro-Nazi essays written by James Mason and Mein Kampf, as well as clothing bearing neo-Nazi logos.

He also had books, flags, clothing, and badges associated with the far right in his room at home and at college.

He denied being a neo-Nazi and told police, â€œActually, I’m bisexual but I favor homosexuality, in direct conflict with Nazism.

He went on to tell jurors that he had Adolf Hitler’s autobiographical manifesto – as well as books on Satanism – for â€œresearchâ€ on right-wing populism.

Dymock had been supported throughout his trial by his parents, Stella and Dr David Dymock, professor of dentistry at the University of Bristol, with whom he lived in Bath, Somerset.

In a previous email chat, Dr Dymock had sought to distance himself from his son’s opinions, telling him not to send “any of your political messages to my work email account because I work at an institution. multicultural, I am proud to do so and I believe in the values â€‹â€‹of this institution.

â€œI would hate if anyone who could see my emails thinks I sympathize with fascist views in any way. “