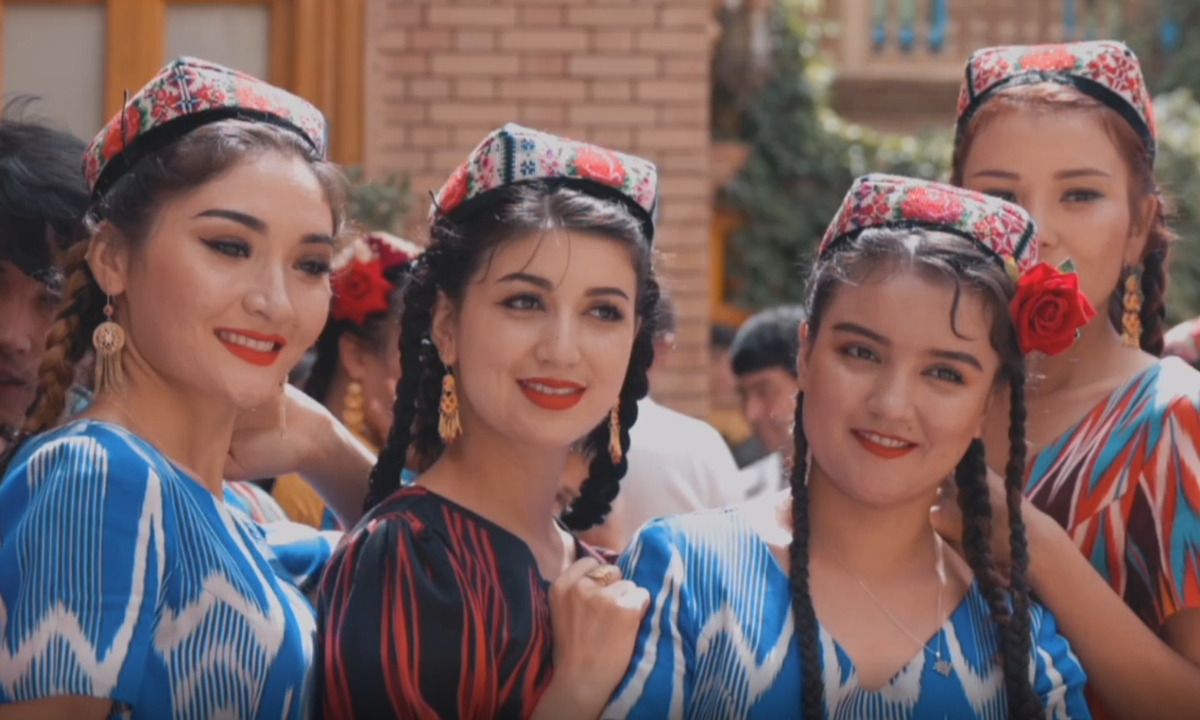 “No genocide in Xinjiang”, reaffirm emissaries and academics at a press conference of the government of Xinjiang and the Chinese embassy in the United Kingdom

Diplomats, regional officials, family members of terror victims, and regional and foreign academics recently attended a press conference jointly hosted by the Xinjiang regional government and the Chinese Embassy in the United Kingdom to expose the lies and refute the rumors made by anti-Chinese forces about the region.

More than five years ago, many people in Xinjiang feared terrorist attacks could occur at any time, with the region suffering from a history of attacks. But currently, all the people of the Xinjiang region lead happy and stable lives and have confidence in the future, Yang Xiaoguang, Minister of the Chinese Embassy in the United Kingdom, said at the online press conference on the Internet. December 29.

Yang noted that in 2020, Xinjiang welcomed 158 million tourists, which means that thousands of people have witnessed the development of the region with their own eyes and the moments they recorded in Xinjiang with their cameras have shown that the accusations made by anti-Chinese forces are without merit.

“There is no genocide in Xinjiang… There is no forced labor in the region,” Yang said, noting that the Uighur population has increased 3.23 times over the past seven decades.

Echoing Chinese envoy, Graham Perry, a British lawyer and international arbitrator who also attended the press conference online, said there was no Uighur “oppression” in Xinjiang, nor of genocide.

The West is making a big story and some anti-China forces in the United States and the West are using it to smear China, Perry said, noting that the reason may be that the West cannot accept the rise of China.

Recently, the “Uyghur Tribunal” – a pseudo-tribunal held in London by anti-Chinese forces and a terrorist organization, the World Uyghur Congress, rendered a so-called final judgment and asserted that China’s Xinjiang region was a site of “genocide”. “Such a ‘verdict’ which was handed down by the ‘tribunal’ – neither a legitimate legal body nor the right to examine genocide charges against a country, has been mocked by international and Chinese experts.

By accusing China of committing “genocide”, anti-Chinese forces in the United States and the West and the “Uyghur World Congress” want to incite hatred between ethnic groups, disrupt affairs in Xinjiang, impose sanctions against the region and force it to go back. during the period when terrorist attacks occasionally occurred, and eventually separated the Xinjiang region from China, Xu noted.

During the press conference, Resharat Memtnur, sister of the so-called witness Rehimgul Memtnur in the “court”, denounced the lies spread by the body.

So-called witness and victim Rehimgul told the “court” hearing that she worked in a hospital in Xinjiang and saw women being forced to have abortions, and nearly 100 women were sterilized every day. by force.

“I want to ask my sister that we have lived together for several decades. How could I not know that you worked in the hospital? After leaving university in 1998 for health reasons, you are no longer never went back to school or studied medicine. Why are you lying to people? ” Resharat said at the press conference.

Resharat explained that her sister had previously opened a pharmacy that only sold over-the-counter drugs, but had never been a qualified doctor.

“Sister, what you did broke the hearts of the whole family. You secretly sold the house and went abroad and didn’t tell anyone in the family… When our older brother found out he was so upset and got sick… I mean to you, sister, don’t cheat others and stop talking nonsense! ”Resharat said.

Envoys, experts and officials from the Xinjiang region also responded to questions from the British media.

Responding to the question of whether the UN delegation is allowed to visit Xinjiang without any restrictions, Xu Guixiang, spokesman for the regional government, said Xinjiang has always been sincere and welcoming towards visits from the region. International community.

However, some people and countries were reluctant to come, Xu said, noting that “We don’t know what they are worried about? Are they worried that their bias will be disproved during the visit? Or are they worried about see the truth about Xinjiang? “

“Our principles are also firm and clear that no one who comes to Xinjiang should interfere with our internal affairs or presume guilt,” Xu said.