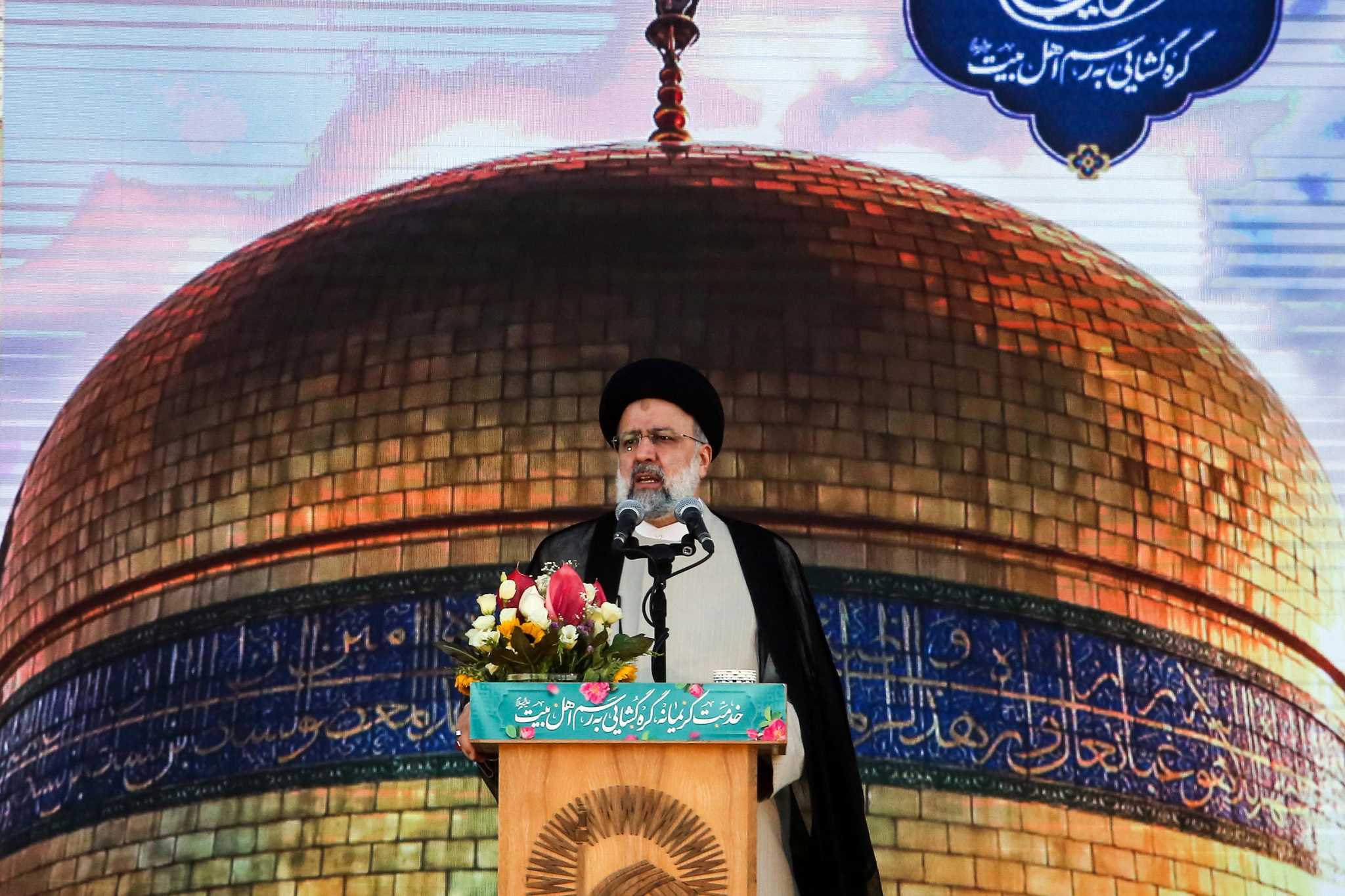 Sometimes an enemy of an enemy is an even greater enemy. For Iran, the humiliation of the United States in Afghanistan highlights a more fierce enemy. While the threat of the Taliban is not as existential to the Islamic Republic as the military presence of its most powerful adversary, the triumphant militia is nonetheless a grave danger at a particularly inopportune time.

Although Iran has stepped up diplomatic relations with the Taliban, the government of new President Ebrahim Raisi, facing growing discontent in his country as hopes of the West’s quick economic relief fade, must now to reckon with new perils in the east. The Taliban may have no interest in overthrowing the Iranian regime, but their ascendancy in the Afghan civil war is sure to send new waves of refugees across the 560-mile border between countries, accompanied by an increase drug and human trafficking, as well as an increase in terrorist activities.

It also endangers trade, which a sanctions-hampered Iran can hardly afford, and jeopardizes an ambitious rail project that would channel Afghan exports to Iranian ports and then to the world.

Thus, any sense of schadenfreude in Tehran in the face of President Joe Biden’s attempts to rationalize the US withdrawal from Afghanistan will have been stifled by the alarming news that the Taliban have taken control of Islam Qala, a key border post between the two countries. . Reports from the region indicate that Afghan security forces and customs officials fled to the Iranian side when the militias arrived.

Islam Qala is not only an important crossing point for bilateral trade, it is also the gateway to the Afghan city of Herat, where there is a large Iranian consulate. In 1998, militiamen allied with the Taliban massacred 11 Iranians there, including nine diplomats, bringing the two countries to the brink of war.

The Iranians and the Taliban have managed to find a modus vivendi, but relations have remained hostile, and not just because of their competing sectarian worldviews: the predominantly Sunni militiamen regard Iranian Shiism as heresy. When ruling Kabul, the Taliban treated Afghanistan’s own Shiite minority with extreme brutality. They now claim to tolerate the sect, but terrorist groups that enjoy Taliban protection have stepped up their attacks against Shiite targets.

More pragmatic Taliban leaders have long recognized that Iran is a useful channel to Western markets for Afghan opium, the militia’s main source of income. And it’s not their problem if some of the drugs fall in the backs of trucks to poison the Iranian population. As a direct consequence, Iran has one of the highest dependency rates in the world.

This will almost certainly increase as the Taliban push their advantage against Afghan government forces in the wake of the US withdrawal. Needing more weapons and more fighters, the militia will increase its opium exports. The effect will be felt in Iran long before it arouses concern among Western law enforcement officials.

Iran is also home to over 750,000 Afghan refugees, and possibly 2 million more undocumented. Islam Qala’s guards and officials will no doubt be joined by legions of others as fighting between the Taliban and Afghan government forces escalates in the months to come.

And then there is terrorism. Although Iran has provided shelter and safe passage for key Al Qaeda leaders, it is viewed with relentless hostility by many other extremist groups allied with the Taliban. With the Americans on the sidelines, these groups will look further for new targets. This is already sounding the alarm in China and Russia, but Tehran, by its proximity and its animosity, is the most vulnerable.

Especially since the regime has little influence on the Taliban. For Iran, Afghanistan represents the weakest link in the network of proxies and partners through which it exercises influence in its neighborhood. There is no Afghan equivalent of Lebanese Hezbollah, Houthi rebels in Yemen, or Shiite militias in Iraq. Although the Iranians recruited Afghan refugees to fight – mainly to serve as cannon fodder – in places like Syria, Tehran never deployed them to their homeland. A suggestion by Iranian Foreign Minister Jawad Zarif that some of these fighters could help the Afghan government was sharply rejected.

Zarif’s offer has not escaped the attention of Taliban leaders, however. Not that they need to remember what they see as Iranian perfidy – from Tehran’s role in the creation of the anti-Taliban Northern Alliance in the late 1990s to its enthusiastic support for it. US-led invasion in 2001.

So even as they smirked gloomily at Taliban leaders across the table in Tehran last week, the Iranians knew they were facing an old adversary, recently reinvigorated. These smiles won’t last long.

Ghosh is a Bloomberg Opinion columnist. He writes on foreign affairs, with particular emphasis on the Middle East and Africa.