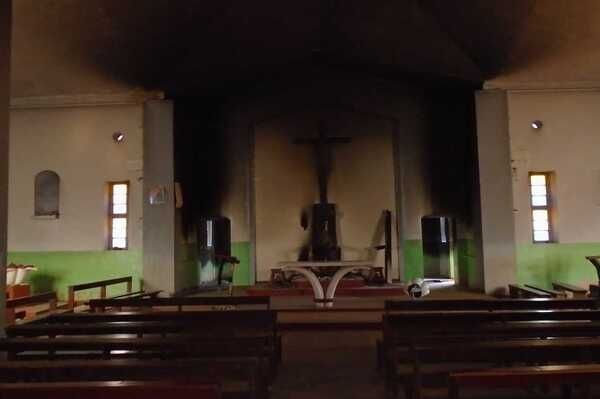 Northern Mozambique is experiencing ‘a new style of warfare’ amid terrorism: Catholic bishop

“The consequences of these attacks are quite serious; people are traumatized; some have witnessed the brutal murders of loved ones and their homes burned and destroyed. It created fear, confusion and instability,” he said.

The 65-year-old bishop, who began his episcopal ministry in May 2015 as auxiliary bishop of the Diocese of Xai-Xai in Mozambique, spoke about the identity of the perpetrators of the attacks.

He said, “About 20 insurgents made up of mostly young people, young people, probably from Cabo Delgado, are responsible for the attacks, and they continue to recruit young people as they move from place to place.”

“Mothers and their children fled to safer areas, while men hide in the bush night and day; they take care of the houses and what is left,” Bishop Aréjula added during the October 6 interview.

He said the situation in the Diocese of Nacala is relatively calm as “the army managed to build a barrier between the districts of Chipene and Memba with the aim of preventing the insurgents from accessing the port of Nacala, the deepest natural harbor on the east coast of Africa.”

“It would be painful and a complete failure on the part of the government if the insurgents were to gain access to the port of Nacala,” the Catholic Bishop warned, adding that the port is “a very valuable asset for all of northern Mozambique in a sense. commercial and social. .”

“The truth is that currently the number of displaced people has increased. From now on, we are no longer talking about 900,000 displaced people; it’s more than that. The displaced have now been living in inhuman conditions for nearly two years; sometimes they go days without food,” Bishop Aréjula said of the situation in the northern provinces of Mozambique.

He continued: “Displaced people need housing, a place to work. Living in camps for such an extended period aggregates social issues, power issues, abuse, child prostitution for food and other types of issues.

“The people of Cabo Delgado in particular suffer from hunger; they do not have access to basic necessities such as water or health care; they are prone to illnesses caused by lack of hygiene,” Bishop Aréjula, appointed Local Ordinary of Nacala in April 2018, told ACI Africa.