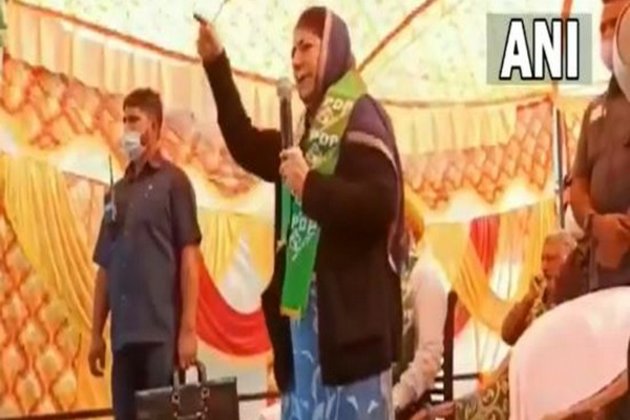 Srinagar (Jammu and Kashmir) [India], Oct 11 (ANI): Former Chief Minister of Jammu and Kashmir Mehbooba Mufti condemned the attack on civilians in the Kashmir valley and claimed that “an official who kills a civilian in the country is protected “. Speaking at a public event, Mufti said, â€œWe have met relatives of those who have died from the bullets of the activists. Recently, the CRPF shot dead a person from the Scheduled Castes (ST) community. We went to meet his family, but the house was locked. What is this system? kills a civilian in the country, which is protected, but if a terrorist kills a civilian is considered wrong. Two government teachers, including Supinder Kaur, were killed by terrorists in the Idgah Sangam neighborhood of Srinagar on Thursday.

As many as five civilians have been killed in separate terrorist attacks in Jammu and Kashmir.

Meanwhile, condemning the recent killings in Jammu and Kashmir, the Chinese corps commanding general officer Lt. Gen. DP Pandey said on Sunday that some elements were trying to divide society along communal lines and people would expose such elements.

He added that these elements were jealous of the positive developments in the country and the territory of the Union during the last year.

“These murders are reprehensible. I think that the Kashmiris will expose the elements which try to divide the Kashmiri society on communal lines”, he declared while speaking to journalists on the sidelines of an event in Baramulla.

He also expressed his confidence that the people will help withdraw the anti-national elements from the region. (ANI)