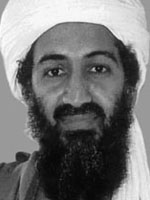 Bombings and indictment in East Africa

One of the main plots of the terrorist organization came to fruition on August 7, 1998, when al-Qaeda operatives bombed US embassies in Dar es Salaam, Tanzania, and Nairobi, Kenya.

The near-simultaneous attacks killed more than 200 US, Kenyan and Tanzanian citizens and injured 4,500 others.

On June 7, 1999, the FBI placed Osama bin Laden on his List of ten most wanted fugitives, citing its connection to the 1998 attacks in East Africa.

At the dawn of a new century, al-Qaeda continued its violent attacks. Some big plots failed, including a plan to bomb Los Angeles airport on the eve of the millennium celebrations.

On October 12, 2000, however, terrorists blew up a small boat packed with explosives alongside the USS Cole while refueling in Yemen. The attack killed 17 Navy sailors, injured nearly 40 other crew members, and severely damaged the ship.