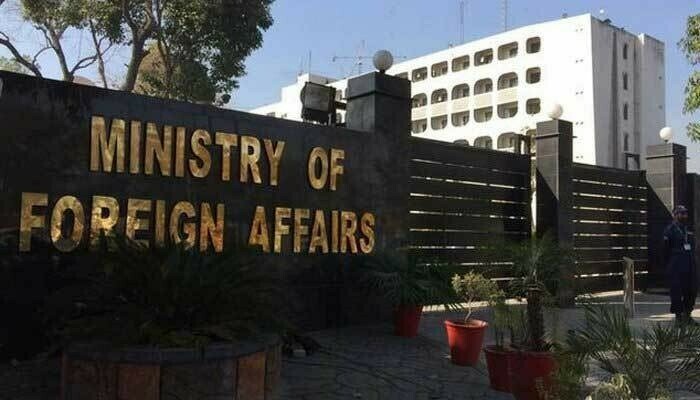 Pakistan on Friday strongly condemned the terrorist attacks that took place in Mazar-i-Sharif, Afghanistan on Thursday, urging the international community to extend all possible support and assistance to Afghanistan in the fight against terrorism.

“The government and people of Pakistan express their sympathy, support and solidarity to the Afghan people and especially the bereaved families,” the Foreign Ministry (FO) said in a statement.

The statement said Pakistan believes such acts of terrorism against Afghans are aimed at “weakening the resolve of the Afghan nation to seek peace, stability and progress.”

The targeting of the Hazara and Shia community in Afghanistan by these acts of terrorism is also a matter of grave concern, FO said.

“We urge the international community to extend all possible support and assistance to Afghanistan in combating terrorism and overcoming these challenges.”

At least 9 dead in minibus bombings in Afghan town

Two bomb attacks aboard separate minibuses on Thursday killed at least nine people in Mazar-i-Sharif, police said, a week after a deadly blast rocked a Shia mosque in the northern city. Afghanistan. The blasts occurred within minutes of each other in different parts of Mazar-i-Sharif as commuters headed home from dawn to dusk during the Ramadan fast, the police spokesman said. provincial of Balkh, Asif Waziri. AFP.

“The targets appear to be Shiite passengers,” he said, adding that 13 people were injured in the blasts. The Islamic State took responsibility for the attack.