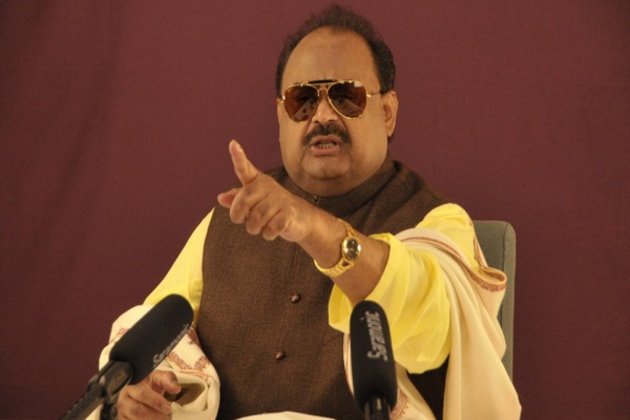 Pakistan is epicenter of all kinds of terrorism, says MQM chief Altaf Hussain

London [UK], September 30 (ANI): Altaf Hussain, founder and leader of the Muttahida Quami Movement (MQM) has said that Pakistan is the epicenter of all kinds of terrorism.

In an important statement posted on Twitter today, he said: â€œI have reported to the democratic world, including the United Nations, for many years, but unfortunately to no avail. and are still busy creating their terrorist proxies and exporting terrorists around the world, for example the Taliban, Al Qaeda and the Islamic State (ISIS).

Hussain said, â€œThe Pakistani military and ISI are also involved in the creation, funding and sponsorship of terrorist factions in political parties, including my party, the MQM founded by me. , Pak Sarzameen Party (PSP) and Muttahida Qaumi Movement – Pakistan (MQMP).

â€œWhile the original MQM led by me was illegally banned, all of its offices, including my home, were sealed off, thousands of MQM officials and members were extrajudicially killed. Hundreds are being held in prisons and hundreds have been forcibly disappeared, “said the head of the MQM.

Commenting on the situation in Afghanistan, Hussain said the Afghanistan takeover is the result of the Taliban’s full logistical, financial, medical, military and intelligence support.

In his statement, Hussain attached the list of other terrorist proxies created by the Pakistani military and the ISI.