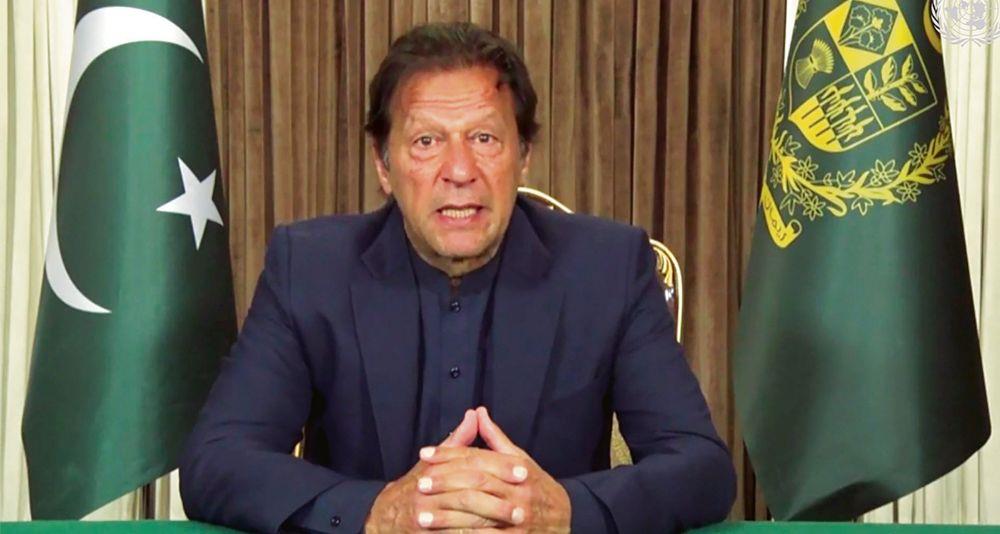 Pakistan’s first-ever National Security Policy (NSP) was unveiled by Prime Minister Imran Khan on January 14. The public version of the NSP places “economic security at the heart of overall national security” and aims to strengthen Pakistan’s economic reach. It is intended to be a framework document providing a guideline for the future growth and development of the country, particularly for the next five years (2022-26). The NSP has apparently been in the making for seven years and was launched in 2014 under then-National Security Advisor (NSA) Sartaj Aziz. The document has sparked a lot of speculation and curiosity in India.

While an official document of this nature was first announced in Pakistan, there have recently been attempts at national growth emphasizing geo-economy and connectivity, which seems to be a fashion in pakistan. The Pakistani army chief formulated the “Bajwa doctrine” in two phases, one in 2018 and the second in 2021. The Bajwa 2.0 doctrine, articulated on March 18, 2021, during the Islamabad Security Dialogue, had a short expiration date and nothing concrete was heard. concerning the execution of the vision of the army chief.

The NSP talks about the vision of the government, “which believes that the security of Pakistan rests on the security of its citizens. This citizen-centric approach to national security prioritizes national cohesion and the prosperity of people. The policy brings a much-needed national initiative accelerated by Pakistan’s NSA Moeed Yusuf, aiming for a growth-oriented policy for the country. Pakistan has faced critical internal and external challenges and a revised narrative should bring hope to the people who are angry and disappointed with Imran Khan for failing to deliver on his ‘Naya Pakistan’ election promises, and has struggling to cope with high inflation and rising consumer prices.

Pressures from Islamabad have increased. Pakistan’s worsening economic crisis is projecting alarming numbers and the country appears to be in the position of a chronic borrower as it prepares to go to the International Monetary Fund (IMF) for a review. IMF loans are fueling more resentment and anger given the strict conditionalities attached to the IMF loan, which require higher taxes and lower subsidies. The much-lauded China-Pakistan Economic Corridor (CPEC) is moving at a slower pace (than expected) and anti-state and anti-China protests are gaining traction in Gwadar – a jewel in the crown of CPEC. The peaceful and non-violent civil rights movement led by People’s Movement Pashtun Tahafuz (PTM) in Federally Administered Tribal Areas (FATA) and Khyber Pakhtunkhwa (KPK) – FATA merged with KPK in 2018 – alleges serious human rights abuses and alienation by state authorities against the Pashtuns, who are the largest minority representing 15-20% of the Pakistani population. Pashtuns are protesting targeted assassinations, killings, enforced disappearances, arrests and harassment at multiple checkpoints in the region. Ironically, the PTI government was keen to negotiate liberally with the murderous terrorist organization Tehrik-i-Taliban Pakistan (TTP) – with the help of the Afghan Taliban – responsible for the assassination of Benazir Bhutto and the school massacre of Peshawar in 2014. On the other hand, the state views ethnic loyalties (Pashtun movement) as a challenge to the country’s Islamic unity and labels PTM supporters as traitors and foreign agents.

On the international front, even as Imran Khan and his cabinet strive to maintain the conventional narrative of victimhood, Pakistan’s image and credibility have taken a significant hit in recent times, given its support for taking Taliban control in Kabul and endless Afghan miseries. The Afghan Taliban, though dependent on Rawalpindi for support, fiercely fought the Pakistan-contested Durand Line fence and refused to recognize it as an international border. Pakistan was also unable to convince the Financial Action Task Force (FATF) to remove it from the gray list and failed to implement the action points. While Pakistan is extremely confident in the paternal support of its all-time friend China, the current state of its relationship with the United States is not reassuring. India’s growing strategic cooperation with Washington is adding to Islamabad’s (and Beijing’s) unease. Whether Pakistan likes it or not, its relationship with the United States, which in the past has provided much-needed strategic dividends, now appears to be limited to the fight against terrorism.

With regard to India, the document attempts to open channels of dialogue with India and conveys that Pakistan would like to resolve all disputes with India, and that Jammu and Kashmir is at the heart of the bilateral relationship. But the NSP blames India for having hegemonic designs, raising the threat of military adventurism, arms buildup, nuclear triad expansion, regressive and dangerous ideology , to introduce destabilizing technologies (which) upset the strategic balance in the region and to spread disinformation against Pakistan. Ironically, while Pakistan claims it does not want war with India and seeks to resolve outstanding issues, its narrative for India has not changed in any way. Although the NSP talks about facilitating peace and stability in the region, two months ago Pakistan declined India’s invitation to join the Delhi Regional Security Dialogue to discuss Afghanistan on Nov. 10, 2021. China, which sees Indo-Pakistani hostility to its strategic advantage, also skipped the meeting. Pakistan took more than a month to respond to New Delhi’s offer to send wheat to Afghanistan. So far, Pakistan’s use of terror has been a deterrent to any dialogue or resolution. India’s stance – talks and terror cannot go hand in hand – was quite strong after the Pathankot terrorist attack on January 2, 2016.

While overall the NSP appears to be a step in the right direction, its execution is not known and would require a paradigm shift in Pakistani thinking and approach. Pakistan’s strategic calculus, which relies on terrorism as a tool of foreign policy, will have to be changed. A citizen-centric “comprehensive national security” framework would involve prioritizing the welfare of its people over a highly militarized political and economic culture that limits dividends for the masses. Pakistan will have to redefine its national goals with a reduced obsession with staying on par with India and an increased focus on building real strength internally. The crucial question here is whether Pakistan is ready for a complete policy change or is the NSP just rhetoric? And if he is ready, will his strategic allies/assets nationally and internationally enable such change?