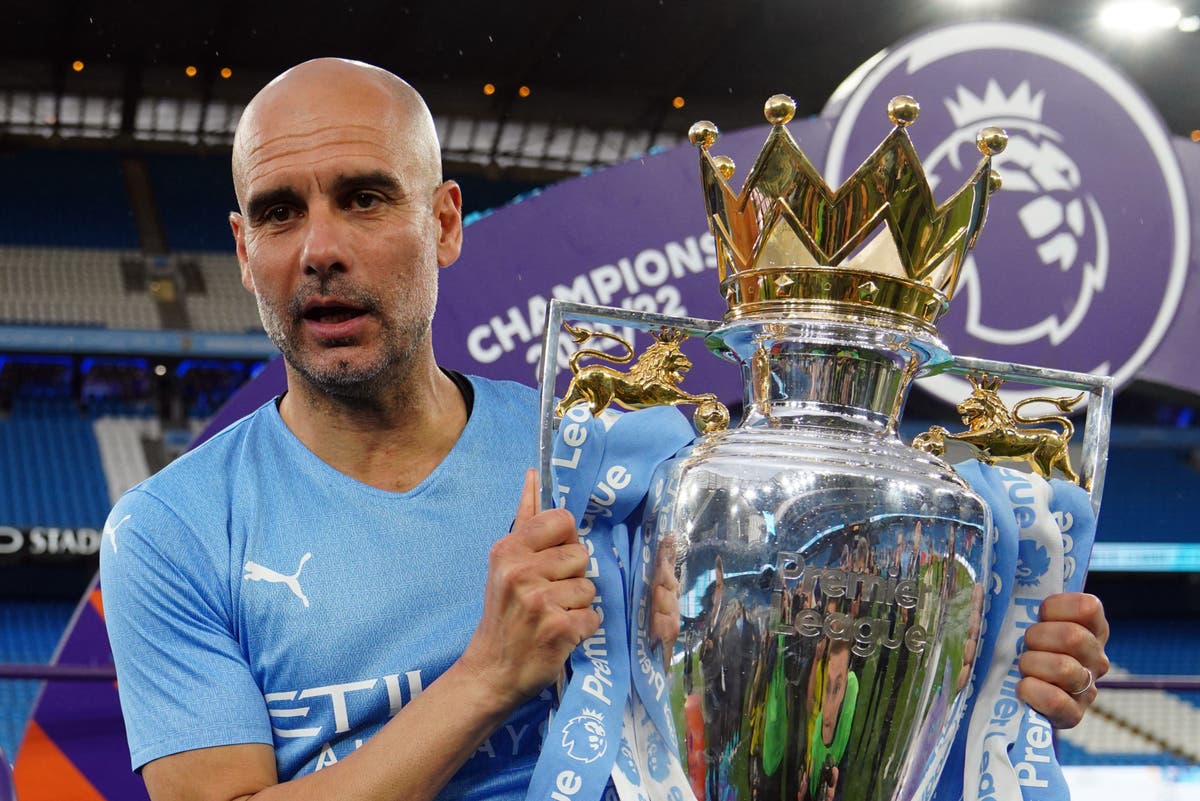 City clinched their fourth title in five seasons with a memorable victory over Aston Villa on Sunday, battling back from 2-0 down with less than 15 minutes remaining to triumph 3-2 and lead Liverpool to glory by a single point.

The game came on a poignant and emotional day for the city of Manchester, the fifth anniversary of the Manchester Arena terror attack in which 22 people died in May 2017 and hundreds were injured by suicide bomber Salman Abedi, who detonated a device outside an Ariana Grande concert.

Several tributes and moments of reflection took place across Manchester on Sunday, including a one-minute applause during the Great Manchester Run and commemorations held at Victoria Station and the Glade of Light Memorial. The bells of Manchester Cathedral will also ring at 10:31 p.m. BST on Sunday evening to mark the moment the attack took place.

City and Villa players also marked the occasion by wearing black armbands, while City and Manchester United both had bee symbols printed on their shirts for Sunday’s games.

According to the Manchester Evening News, City Ambassador Mike Summerbee also laid wreaths of remembrance at the Glade of Light and the Etihad Memorial Garden, while the City raised more than £80,000 for five charities at the recent ‘Manchester Remembers’ legends and celebrities match held at their Academy Stadium.

Speaking in his post-match press conference after City’s dramatic win over Villa, Guardiola said: “It’s the fifth anniversary of the Manchester Arena tragedy. It’s a special day for us. , we want to share it with the families who suffered from this terrible event and dedicate it to them.

Guardiola also said this City side would be remembered as “legends” after taking their major trophy tally to nine in six successful years in charge of the Etihad.

“When you win the Premier League four times in five seasons, it’s because these guys are so, so special. We will be remembered,” he said. “These guys are legends.”

However, Guardiola is reportedly still not keen on his own long-term future in City as he prepares to enter the final 12 months of his contract.

“Now I don’t have the energy or the desire to think about next season,” he said. “It’s been a very difficult two months in the Champions League and here, but we are champions again. We will defend our crown again and again.