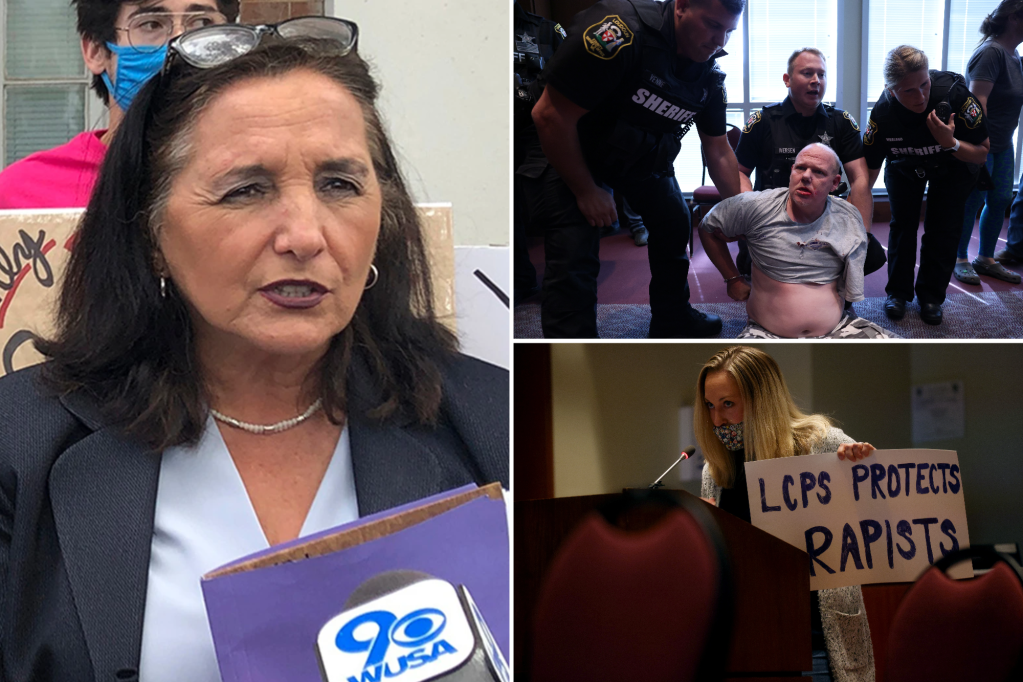 On Monday, Scott and Jessica Smith will witness the conviction of a student who raped their daughter in a high school bathroom, then sexually assaulted another victim at another school. I can’t help but wonder if the families of the victims will be justified and if our county will be safe not only from predators, but also from a prosecutor and a school system that will not pass the protection of our children before political allies and ideology.

On June 22, I attended a meeting of our struggling Loudoun County School Board, which had been in the headlines for months after it was revealed that six members, along with Commonwealth attorney Buta Biberaj, were part of a private Facebook group in which activists plotted against parents. – including me.

What I have witnessed is an edifying account. At the heart of this struggle is a network of a new kind of “good old boy” with an illiberal prosecutor working with like-minded educators to silence and punish parents. Biberaj must recuse or be disqualified from some pending cases if public confidence is ever to be restored in Loudoun County, a symbol of parenting challenges nationwide.

I was there to oppose Critical Race Theory, a divisive and race-obsessed ideology woven into the fabric of almost every aspect of our children’s school day. I also wanted to hear what safety measures would accompany policy 8040, a new rule that allows students to use the bathroom of the gender they identify with.

Scott and Jessica Smith had a very personal reason to attend. They wanted to know how the council planned to avoid the unintended consequences of the policy – because their daughter was raped in a girls’ bathroom in Stone Bridge HS on May 28.

Some have spoken in favor of policy 8040; countless others have spoken out against it. The public applauded former State Senator Dick Black’s statement, prompting the departure of the board of directors, with 200 residents speaking out. To calm and unite our community, I got up in a chair and led the crowd in “The Star-Spangled Banner”. Afterwards, the audience lined up peacefully, taking turns making their statements in front of an empty podium.

It was then that I saw an activist yelling at Scott Smith, threatening to ruin his business and denying that his daughter had been raped. Smith reacted like any daddy bear: he got angry and screamed back. Several people surrounded him and put their hands on him.

Little did he know it was a sheriff’s deputy who had approached behind him, tugging on his elbow. When Smith withdrew his arm, he was thrown to the ground and arrested for disorderly conduct and resisting arrest. The media called him a white supremacist and a national terrorist.

Surprisingly, Biberaj, who has come forward to reform criminal justice and reduce incarceration with the financial backing of billionaire George Soros, personally sued the Smith case, asking for 20 days in jail. After hearing the facts, the judge reduced this sentence to 10 days suspended prison sentence.

After the rapist was arrested on July 9, Biberaj’s office informed the Smiths that the boy would be at home with an ankle monitor pending trial. They quickly realized that this was not the case.

It was then that I, a former media consultant, concerned Loudoun County relative and rape survivor, volunteered to help the Smiths navigate the media coverage.

On October 6, we learned that the perpetrator sexually assaulted another girl at another high school in Loudoun County. (He pleaded without question.) The Smiths were devastated and horrified.

The father took this second assault harshly. He felt that if he had been allowed to speak, this boy would never have had the opportunity to hurt another child.

Dismayed, we heard the Loudoun County Public School Superintendent lie at that June meeting, stating that there was no sexual assault in the washroom. We were stunned to learn that emails revealed that all of the board knew the truth but did not stop this predator from entering our schools.

Imagine the Smiths’ outrage when they overheard Biberaj, in a TV interview, casting doubt on the boy’s guilt and claiming he went back to school because he had no history of this kind of abuse. behavior – when in fact he did, in grade school.

If LCPS had intervened early, the Smith’s daughter probably wouldn’t have been assaulted. If LCPS and Biberaj had not secretly transferred this boy to another school, there would not have been a second victim.

The Smiths are committed to ensuring that the LCPS and Biberaj are held accountable and hope that on Monday, when the abuser is convicted of his two crimes, he will get appropriate punishment as well as the help he needs to become a respectful member. laws and productive. of the society.

Parents attempt to recall school board members, but Biberaj refuses to back out of the business, despite being an obvious fact witness with significant bias in the process that allowed an accused sex offender to back to school. She should also recuse herself from any criminal appeal by the rapist.

His involvement will prove that our leaders are only looking to protect themselves and their allies – and will not restore parental confidence in our education and justice systems after being suffocated by those who are supposed to put the safety of children first. students on political programs.

Elicia Brand is the founder of Army of Parents, a grassroots organization based in Loudoun County, Virginia.