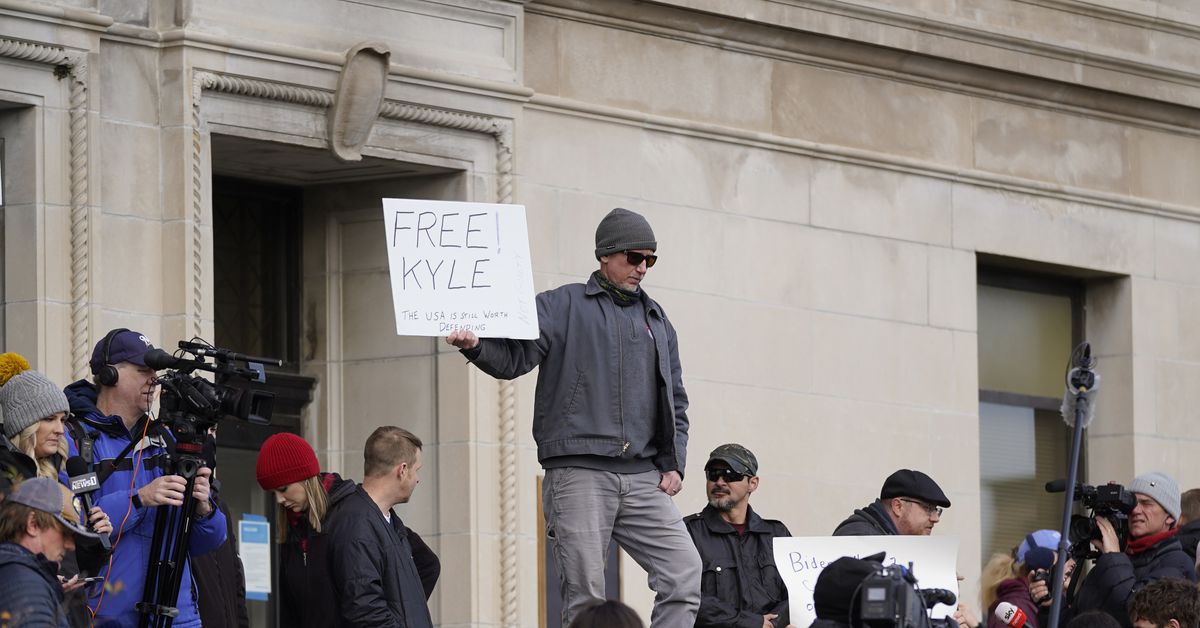 Rittenhouse’s verdict was a message to white youth: if you think black lives matter, your life means nothing

Kyle Rittenhouse’s murder trial never dealt directly with race. Everyone involved in the shooting – the victims and the killer – were young white men.

Nor was it entirely a question of whether Rittenhouse killed Anthony Huber, 26, and Joseph Rosenbaum, 36, in self-defense, as the jury ruled on Friday. It is easy to make this case a justice of self-defense, but it is much more complex.

Nothing in America is that simple anymore.

From the moment Rittenhouse was accused of killing two men and injuring another with his semi-automatic rifle during a protest against police gunfire on Jacob Blake, a black man, this case was to send a message.

This time it was from the far right to young white people who support the Black Lives Matter movement.

â€œDon’t get involved in social justice reform. Don’t protest the senseless police killings. Just sit back and enjoy your white privilege. If you take to the streets with the Black Lives Matter crowd, you might end up dying. And we’ll do everything we can to make sure your killer is free.

In other words, white youth, if you believe black lives matter, your life means nothing.

There is no evidence that the jury knowingly became an accomplice in making sure this message was clear. Although predominantly white, jurors appeared to exercise due diligence in listening to testimony and deliberating about 26 hours before delivering a verdict.

Nobody blames them. But the verdict will have a lasting negative impact.

We don’t know why Rosenbaum was there that night. He suffered from a mental illness. But Huber was among those who took to the streets of Kenosha because they believed a white policeman falsely shot Blake, 29, seven times in the back in front of his children. Blake remained partially paralyzed.

Gaige Grosskreutz, 27, who was shot and injured by Rittenhouse, said he was an EMT and a trained paramedic and was on the scene to provide medical assistance.

It is likely that these young men, like many of us, had heard so many stories of unfair shootings with the police that they were no longer shocked. It is possible that they felt they had to get out of the sideline and take a stand.

The contempt of the right for the Black Lives Matter movement is no secret. No one needs to remember his campaign to portray the social justice group as a terrorist organization and to label everyone who attends a protest as looters or rioters. We’re used to it.

But when Rittenhouse, a young white man, shot three other young white men during the protest, the right wing saw a unique opportunity to turn the shooter into a hero, without the baggage that would normally come if the victims were black.

It was a rare opportunity to send a warning to white sons and daughters across the country – that teaming up with Black Lives Matter is dangerous and deadly.

While the leaders of Black Lives Matter and the majority of the protest organizers are African-American, the movement has gained a diverse following. The protests have increasingly attracted young white people, many of whom are college students, who do not tolerate ruthless police killings and other injustices against African Americans.

This is what people on the far right fear most. The last thing they want is young white people to stand side by side with young African Americans carrying “Black Lives Matter” signs.

They are terrified that future generations of whites will have no tolerance for social injustice. That is why they categorically oppose teaching school children the true racial history of this country.

They want the white children of the future to grow up as ignorant as they are about the systemic racism that has fueled social injustice in America for centuries. They’re content to raise generations of young people who flirt with white supremacy, show up at Black Lives Matter protests with semi-automatic rifles, and kill whenever they want.

Rittenhouse’s verdict gave them a pass to do so. Hopefully most white youth will refuse to accept it.

Glanton is a veteran Chicago journalist and columnist.