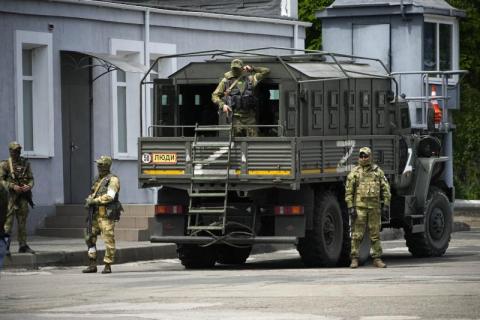 Russian news agency “Sputnik” reported today (Thursday) that the Russian Federal Security Service foiled a terrorist attack at an administrative establishment in Yekaterinburg’s Kirovsky district, and the organizer was arrested.
“As a result of a joint special operation of the Russian Federal Security Service in the Sverdlovsk region and military counterintelligence agencies, a 47-year-old Russian citizen who was about to commit a criminal act was detained in a establishment,” Sputnik quoted the press service of the Federal Security Service of the Sverdlovsk region. Administrative district, Kirovsky district, Yekaterinburg.
Law enforcement said the administrative facility is the Military Registration and Enlistment Office.
The press service reported that practical measures were taken at the detainee’s place of residence, and five homemade incendiary devices were found and confiscated.
“As a supporter of organizations and movements recognized as terrorist and extremist in our country, he planned, by his actions, to sow panic among the local population and thus destabilize the work of municipal and regional authorities”, explained the FSB.