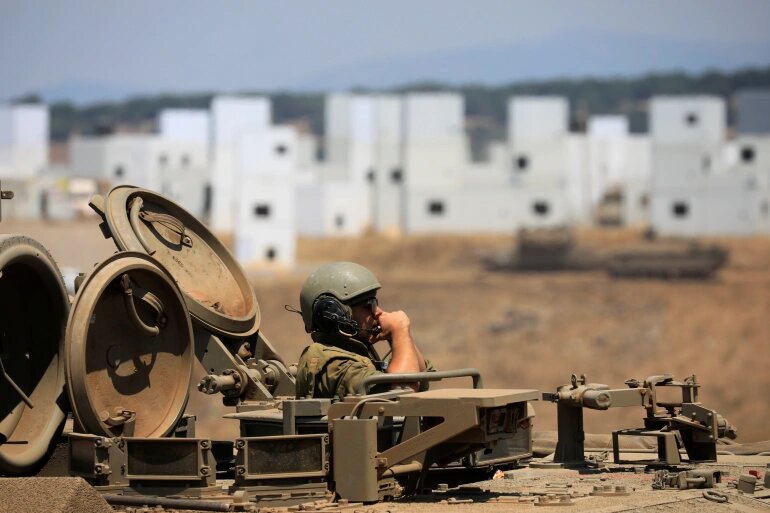 TEHRAN – News of Israeli plans to double the number of settlers squatting in the occupied Golan Heights in Syria has been strongly condemned.

Damascus says territory, which Israel annexed in 1981 after capturing the area militarily in 1967 is both “dangerous” and “unprecedented”

Prime Minister Naftali Bennett has announced a multi-million dollar plan to increase the number of settler units by nearly 7,300. There are already around 25,000 Israeli settlers squatting in the occupied Golan. Nonetheless, Bennet, who is a staunch supporter of Israeli settlement expansion, is pushing ahead with the expansionist project.

In a statement, the Syrian Foreign Ministry said that “Syria strongly condemns the dangerous and unprecedented escalation of the Israeli occupation forces in the occupied Syrian Golan Heights and its persistence in settlement policies and serious violations and methodologies which rise to the level of war crimes ”.

The statement added that Damascus is determined to “resist the Israeli occupation and reject the decision to annex the Golan.” For now, the ministry says it will exhaust all legally available avenues to reclaim the territory.

Speaking to Syrian media, Foreign Minister Faisal al-Mekdad called Israel’s actions against Syria “criminal” and said they violated 1981 UN resolution 497 declaring the effective annexation of the Golan by Israel as “null and void”.

The Arab League chief said the Israeli plan amounted to a “flagrant violation” of international law, which recognizes the Golan Heights as Syrian territory. Aboul Gheit added that the fact that a few countries recognize “Israeli sovereignty” over the Golan does not change the reality that it is occupied territory.

“The colonization projects once again expose the arrogant behavior of the occupation and its expansionist policies in the region.The Gaza-based Palestinian group Hamas also spoke noting that “the settlement plans once again expose the occupation’s arrogant behavior and expansionist policies in the region, in defiance of all international laws and resolutions. “. Spokesman Hazem Qassem said that the Israeli occupation of Palestinian and Arab lands “demands an escalation on the part of the masses of our Arab and Islamic nation and all of its forces to resist this Zionist project and end his arrogance in the region “.

Bennet says the time has come to extend the Israeli occupation to the Golan Heights because he believes Syria is concerned about a war that has been going on for a decade. A war that was inflicted on the Arab country by terrorist organizations sponsored from abroad, foremost among them Israel itself.

Before the Syrian army liberates areas around the Golan Heights from terrorist groups, experts say the IDF would attack the Syrian Army whenever it makes territorial advances against terrorists.

Were the Israeli forces in the Golan and terrorist groups secretly working in tandem? Has Israel secretly funded and supported these groups wreaking havoc in Syria?

Syria blames Israel, like other countries. But we don’t need to look too far.

What was the former UK Secretary for International Development Priti Patel doing in secret in the Israeli-occupied Golan Heights in 2017? Stuart Polak aka Lord Polak, the face of the Israel lobby of the ruling Conservative Party, the most powerful Israeli pressure groups in Westminster, arranged one-on-one meetings with Israeli officials.

Polak arranged for Patel (whom no one had heard of before) to secretly visit the occupied Golan Heights and inspect Israeli military field hospitals dealing with al-Qaeda-affiliated terrorists like the Nusra Front and other groups. terrorists fighting the Syrian army, which was approaching them at the time.

What was Israel trying to gain from Patel who broke all British diplomatic protocols by making the visit a secret? According to most analysts, to direct British aid money to Israeli emergency field hospitals treating terrorists and reports suggest these field hospitals were overwhelmed at the time by militants.

What escaped some at the time was British law, which states that aid money cannot be spent in developed countries. The Israeli regime’s GDP per capita the year before Petal’s visit was $ 33,000, meaning it excludes direct UK spending.

Other British government rules stipulate that ministers must not travel to the occupied territories with Israeli assistance. Still, Patel accepted the IDF’s invitation to inspect operations in the occupied Golan.

Some experts and reports have suggested that other government figures, including then-Prime Minister Theresa May, were fully aware of Patel’s visit to the occupied Golan, but did not want the trip to be made public, that would perhaps explain why Patel resigned and was not sacked.

News that the British government would send aid to Israeli-run field hospitals and treat terrorists affiliated with al-Qaeda would spark unprecedented public outrage in Britain and around the world. Moreover, the “official” position of the United Kingdom is that it does not recognize the occupation of the Golan by Israel. In addition, it would also confirm a direct link of collusion between the UK government and terrorist groups in Syria.

As reports circulated that Patel was not on a “family vacation” but that she was meeting privately with Israeli officials seeking British funds for the occupied Golan, she handed in her resignation letter after changing and distorted the account of the trip.

However, under the current government of Boris Johnson and with the help of the still powerful Israel lobby, Patel has been given one of the most senior positions in government, the post of Home Secretary.

Israel and the terrorists weren’t just cooperating, they had a common interest. Both were opposed to the Syrian army’s rapprochement with the Israeli-occupied Golan. Terrorists feared losing more territory and Israel feared that the Syrian army would return this time accompanied by special Hezbollah commandos.

Even though the administration of former President Donald Trump signed a proclamation recognizing “Israel’s sovereignty” over the Golan Heights, reversing more than half a century of American policy in West Asia. The international community opposes annexation and occupation, even Washington’s closest allies.

According to the human rights organization al-Marsad, based in the occupied Golan, Israeli authorities have established at least 34 settlements there in violation of international law. the United Nations High Commissioner for Human Rights noted: “Syrian residents of the occupied Syrian Golan have continued to face challenges due to discriminatory planning and zoning policies that favor illegal Israeli settlements. These policies make it almost impossible for Syrian residents to build, plan or expand their homes and village infrastructure. ”

This year, the United Nations Human Rights Council in Geneva voted in favor of several resolutions targeting Israel. Three resolutions were repeated under the title “Israeli colony in the occupied Palestinian territory, including East Jerusalem and the occupied Syrian Golan”.

Somehow, observers say the days when Israel captured, occupied and annexed the lands of other countries will soon end, even if that means (as Syrian and Palestinian officials say) by strength.

5 things you should know about “annexation”