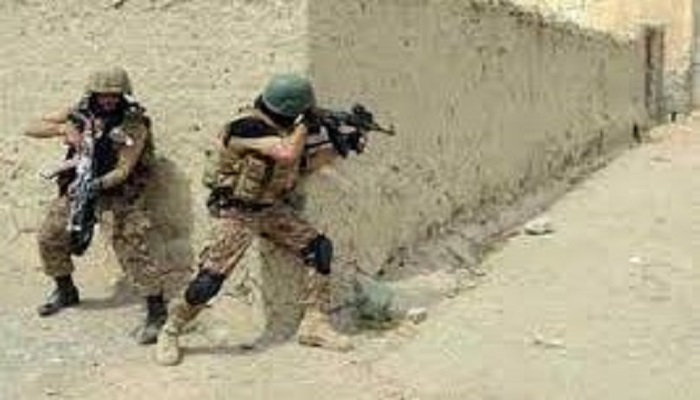 Security forces eliminated five terrorists in an Intelligence Based Operation (IBO) in North Waziristan on Sunday, Inter-Services Public Relations said in a tweet.

The terrorists killed have been identified as Habib Nawaz, Waheed Ullah, Abdur Rehman and Muhammad Ullah while identification of the 5th terrorist is ongoing, ISPR added.

Weapons and ammunition including SMGs, hand grenades and cartridges were also recovered.

On February 16, 2022, six terrorists were also killed by security forces in heavy firefights during an IBO on a terrorist hideout in Buleda, Balochistan, Inter-Services Public Relations (ISPR) said in a statement. tweet.

The terrorists have been involved in recent terrorist activities in Kech. The cache of arms and ammunition recovered from the hideout of the terrorists, he added.

10 soldiers were martyred in a terrorist attack on a checkpoint in Kech district on January 27, 2022, Inter-Services Public Relations (ISPR) reported.

According to a statement issued by the army’s media affairs wing, the terrorists’ “shot” occurred on the night of January 25-26.

Read more: Security forces foil a suicide attempt in the northwest, an activist was killed

“During intense firefights, one terrorist was killed and several injured. While fending off terrorist fire, 10 soldiers embraced martyrdom,” the statement read.

Any deal in Vienna must include removal of all anti-Iran sanctions: President – Reuters