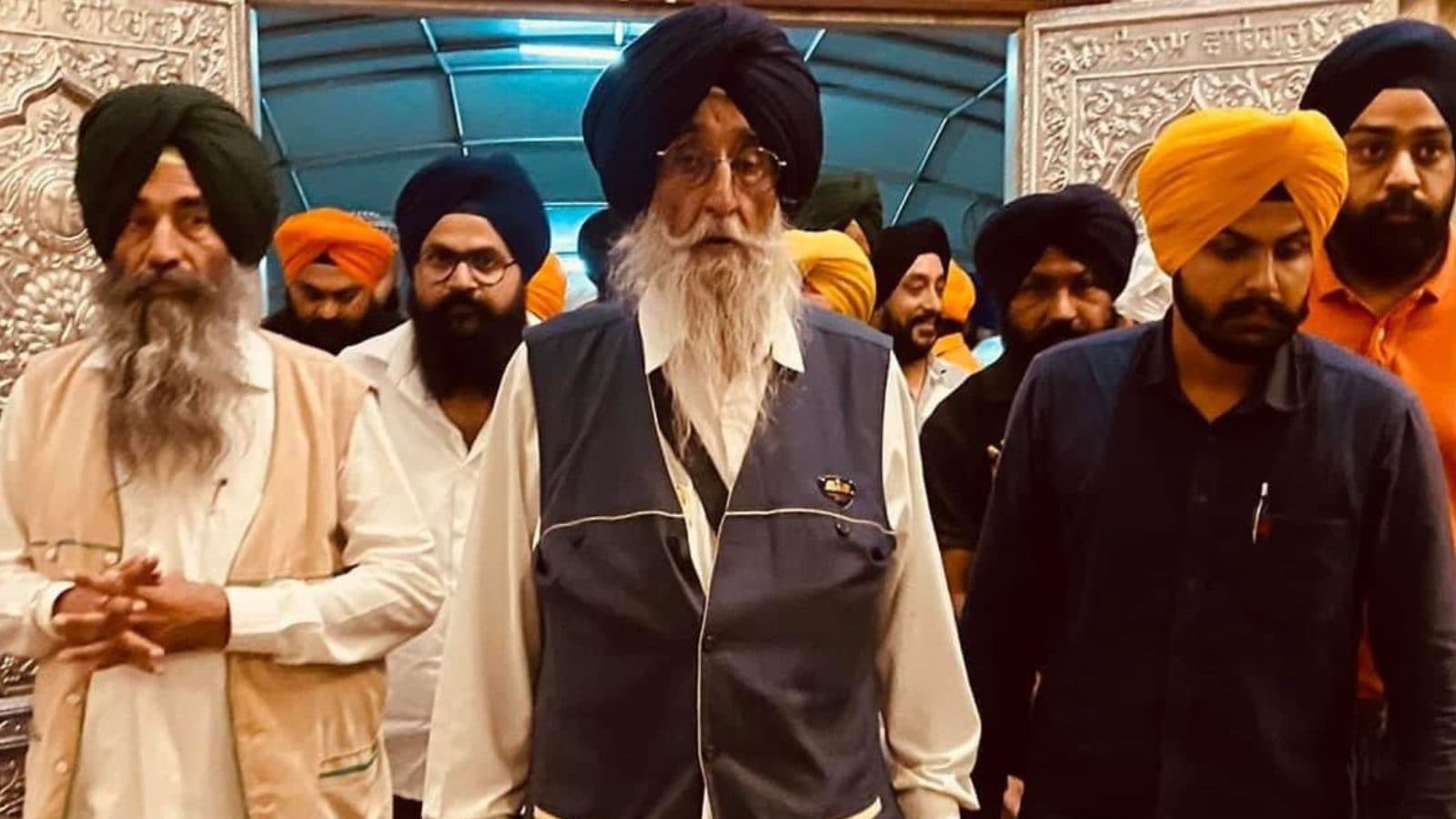 A little less than a month after inflicting a shock defeat on the Aam Aadmi Party (AAP) in the Sangrur Lok Sabha polls, diehard Simranjit Singh Mann is back with his vitriolic statements that have inflamed the political landscape of the state.

After his victory at Sangrur, he invoked terrorist Jarnail Singh Bindranwale as a “leader who worked for the Sikh community”.

During his media interaction at Karnal, Mann when asked about his earlier statement calling Bhagat Singh a ‘terrorist’ said: ‘Bhagat Singh had killed a young English naval officer, he had killed a Sikh constable from Amritdhari , Channan Singh. He threw a bombshell at the National Assembly at the time. Now tell me if Bhagat Singh was a terrorist or not?

The statement generated widespread condemnation, but the strongest reactions came from the AAP which ceded its Sangrur stronghold to the IPS officer turned Khalistan sympathetic politician. In the past 48 hours, the party has unleashed two of its frontline leaders, Gurmeet Singh Meet Hayer and Malvinder Kang, to take Simranjit Singh Mann head-on on his statement.

Hayer, while slurring Mann’s remarks, claimed that Bhagat Singh would be declared a martyr for his great sacrifice for the cause of the country’s freedom. On Sunday, Kang took a step forward, saying the Sangrur MP was trying to cover up his grandfather’s “hurtful” act.

Citing historical reports, Kang said that Mann’s maternal grandfather, Arur Singh, then sarbarah (head) of the Golden Temple, honored General Reginald Dyer with a “siropa” at Akal Takht after the massacre of Jallianwala Bagh in 1919.

Ironically, the deputy of Sangrur defended his grandfather. He told the Tribune that his grandfather honored General Dyer to assuage his anger when the British wanted to carry out aerial bombardment in Amritsar. “He did it to save the Golden Temple from bombardment on the advice of the then headmaster of Khalsa College GA Wathen,” he told the newspaper.

The AAP rejected these claims. Kang said Mann justified his grandfather’s action with dubious claims. “Arur Singh faced an uprising from Punjabi Sikhs as he was seen as a pro-British Sikh, after the ceremony at the Golden Temple. Mann should not attempt to whitewash his family’s questionable past and should instead s ‘apologize for hurting people’s feelings. Because Punjabis know the truth and cannot be misled,’ Kang fumed.

Labeling the immortal Martyr a terrorist is a shameful act that undermines the supreme sacrifices made for the nation’s freedom.@SukhpalKhairaWhere@Partap_Sbajwaare still appalled or deeply disturbed by derogatory abuse. pic.twitter.com/CRJtygesQu

Even the historical facts seem against Mann on this. In his book “The Akali Movement”, Professor Mohinder Singh has detailed the conversation between Arur Singh and General Dyer.

“As the country was busy condemning the Jallianwala Bagh massacre and was engulfed in a wave of shock, horror and dismay, Arur Singh invited General Dyer to the Golden Temple and honored him with a ‘siropa’, declaring it ‘Sikh’,” Professor Singh wrote.

Observers say that after Mann’s shock victory, hardliners like the MP tried to cast Bhagat Singh in a bad light and glorify terrorists like Bhindranwale for consolidating the political gains racked up by a section of supporters extremists in the Malwa region.

“There is no greater hero than Bhagat Singh. All these attempts will eventually fail,” a Malwa politician commented.