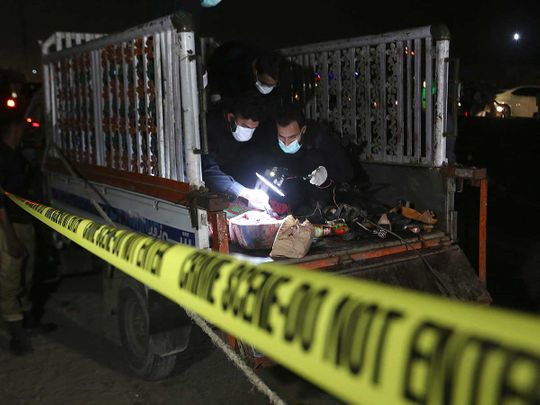 Karachi: Sindh Chief Minister Syed Murad Ali Shah has called on his government to ensure that compensation is paid to the victims of the August 14 terrorist attack in Karachi within the next five days.

The CM gave directions to this effect to the Malir District Deputy Commissioner in Karachi while he visited the Landhi region to personally meet with the families who lost loved ones in the August 14 terrorist incident in the city.

Shah brought with him the official document from the provincial finance ministry, to hand it over to the representatives of the injured families, showing that his government quickly released 14.44 million rupees for the payment of compensation to the victims.

The heirs of each of those killed in the tragedy will receive 1 million rupees while each injured person will receive 200,000 rupees. In addition to this, the government of Sindh has announced that it will bear the full cost of treating injured people, either within the country or at any hospital outside of Pakistan. The terrorist attack killed 13 people, including children and women, and injured eight other extended family members in the Baldia Town area of ​​Karachi as the victims returned from a wedding.

Shah said the whole nation stood by the grieved family in this hour of trial and sorrow.

Shah said the terrorist incident was such a cowardly act that no terrorist organization had claimed responsibility for it.

He reiterated his government’s firm determination to use the best technical means available with the provincial police and security agencies to quickly find those responsible for the incident and inflict severe punishment on them.

How does expansionism join terrorism?