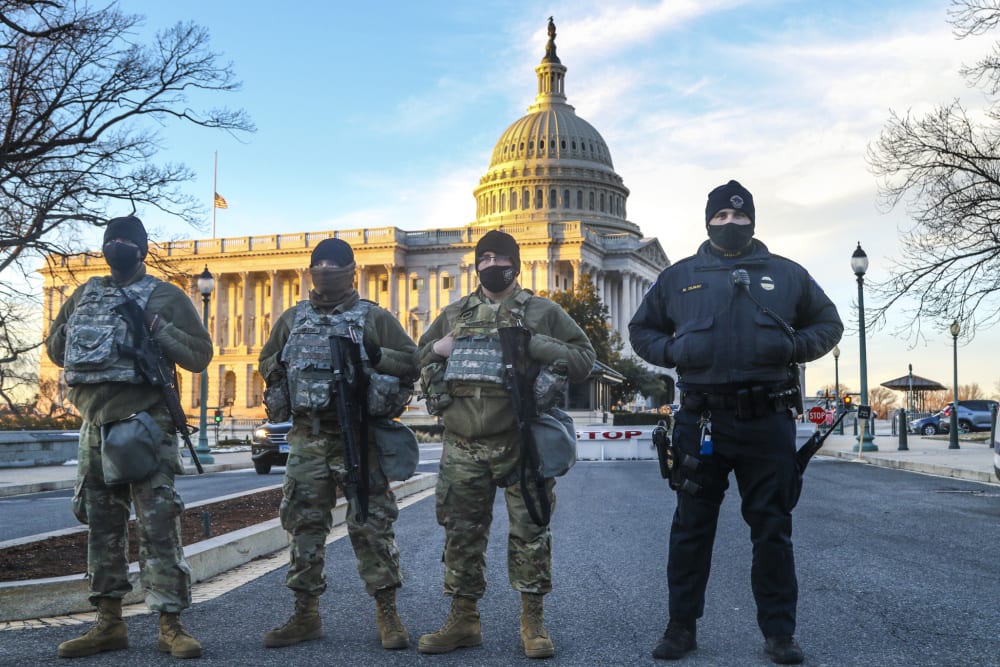 America’s intelligence needs have evolved considerably since September 11, an event that galvanized and united the American people in the face of a common enemy: al-Qaeda. The U.S. intelligence community (IC) expanded its ability to confront Islamic extremists, build capacity in the Middle East and Central Asia while developing new collection methods and strategies better able to support US efforts to deal with terrorist threats.

While the United States has faced these threats in recent years, other national threats have evolved and emerged. We have seen an increase in the activities of extremist groups opposed to the US government, which have been fueled, at least in part, by disinformation campaigns by close competitors such as Russia and others. This increase in violent extremism, driven by these disinformation campaigns and conspiracy theories, has led to serious incidents of violence in places such as Charlottesville, Virginia, Portland, Oregon, and the United States Capitol. The combination of disinformation campaigns and domestic extremism presents a new, broader threat to American society, threatening to undermine key American institutions, such as the electoral process, while further fueling the flames of domestic extremism.

The US IC has become more agile in response to these emerging threats, enabling it to deal with both long-standing foreign threats and domestic threats. He must resist attempts at intimidation which have sometimes hampered his response. Existing authorities provide the community with the legal base and the resources to deal with today’s threats – we just need to make better use of the tools at our disposal.

Despite these emerging domestic threats, foreign terrorist threats against the United States remain dangerous. The disorganized and murderous withdrawal of the United States from Afghanistan has both highlighted the continuing threat posed by foreign terrorist organizations, as evidenced by the terrorist attack at Kabul airport by the Afghan branch of the Islamic State, which killed 13 American soldiers. The complete withdrawal of US military and intelligence personnel will pose new intelligence challenges for the United States – including intelligence gathering in the region. In addition, the new taliban government includes several well-known terrorists, which creates new challenges as regional partners and sometimes partners, such as Pakistan, have been angered by the potential impact of the chaotic US withdrawal.

Even as the threat of foreign terrorism changes, the IC must deal with emerging domestic terrorist threats. In the days following the September 11 attacks, the IC focused on the threat posed by al Qaeda and domestic actors who sympathized with its violent ideology and those of similarly inspired terrorist organizations. More emphasis was placed on threats from outside the United States, whether they were explosive devices placed in foreign cargoes or instructions for shared shoe or underwear bombs. by foreign terrorist organizations.

“There is a significant need to reorient national intelligence activities, and the law enforcement activities that accompany them, to align with the emerging national terrorist threat.”

Today’s new emerging threats are more local and require enhanced national intelligence and law enforcement capacities. Today, national threats come from far-right groups that have fed on creeping conspiracy theories, disinformation campaigns, and a marginalized media and internet community that has become empowered and detached from American society at large. . The groups, which include so-called sovereign citizen organizations, citizen militias, and hate groups such as the Oath Keepers, engaged in violent protests that ultimately culminated in the January 6, 2021 attack on the U.S. Capitol. This attack, which the FBI found showed signs of coordination among right-wing groups, should be of particular concern. Not only did the attack demonstrate the scale of the threat, but major failures of national intelligence meant law enforcement on the ground had not received any meaningful warning of what was to come. The FBI, with the exception of the Norfolk Field Office, as well as DHS intelligence failed in their the most fundamental responsibility to warn of the grave threat to orderly federal governance.

In addition, left-wing extremists, including hard-line Marxists, anarchists and criminal gangs, have been active in big cities like Portland, where they clashed with law enforcement, right-wing groups. and destroyed property. Although some media have focused on ‘Antifa’ (short for anti-fascist groups) as the engine of leftist violence, the reality is that Antifa is not an organized group but rather a banner under which both non-violent and violent groups operate, such as those seen in Portland.

These groups have been fueled, in part, by increasingly sophisticated and effective disinformation campaigns that have succeeded in affecting both american elections and the national response to COVID-19. In both cases, foreign entities, largely of Russian origin, have taken advantage of social media platforms, alternative media and individuals sympathetic to their posts to sow and amplify disinformation, creating a real security threat. national. Not only do these campaigns help fuel domestic extremist groups, they also undermine trust in American institutions, in particular the presidential election of 2016. Russia-backed campaigns have sought to sow as much discord as possible in American society, undermining the U.S. government and its ability to solve other problems. These groups were joined by less capable state-backed actors from countries such as Iran and North Korea, which focus their efforts on specific geographic areas and issues that concern them and their leaders. While their motivations may vary, these nation states seek to harness the power of social media, conspiracy theory sites, and similar online communities to fuel violence and undermine trust in key institutions. While they are not the only ones responsible for such movements, their ability to amplify extremist messages and conspiracy theories is a powerful weapon.

Given these current and emerging threats, what’s the next step? First, there is a significant need to reorient national intelligence activities, and the law enforcement activities that accompany them, to align with the emerging national terrorist threat and the disinformation campaigns that fuel accompanying movements. The IC should focus on monitoring social media and other channels for evidence of planned attacks as well as longer-term investigations of extremist groups. We also need to work with social media companies to better identify and tackle extremist content and the foreign disinformation campaigns that help spread it. In addition, we must strengthen the capacity of the FBI and other law enforcement agencies to investigate domestic extremist groups, taking advantage not only of digital surveillance, but also of traditional methods such as undercover operations. These efforts will allow the FBI and law enforcement in general to issue a more immediate warning of extremist threats.

In addition to these efforts, federal law enforcement and intelligence agencies also need to build stronger relationships with state and local authorities to help combat domestic extremism. The FBI cannot monitor all extremist groups. State and local authorities, including through the operation of fusion centers, are in a better position to know which groups pose the greatest threat and to investigate organizations concentrated in a narrow geographic area. DHS also has the role and responsibility of training the personnel of these fusion centers on the latest methods of intelligence analysis. Federal officials also need to make better use of existing legal authorities to legally monitor social media channels and conduct domestic terrorism investigations, leaning forward to ensure the necessary capacities are in place. This will require resisting attempts by some to intimidate federal authorities into limiting their investigations into domestic extremist groups, but we must resist. The failures of January 6 show how far the intelligence and law enforcement communities must go to adequately address this threat. It also reinforces the need for all to understand Warning is a process, which is ideally a series of warnings and not a single event.

The state of the US intelligence response to terrorism has changed dramatically since 9/11 and requires authorities to retool and refocus their efforts to adequately deal with threats posed by domestic extremists right and left, while by rebuilding the capacities needed to fight radical Islamism. terrorist threats like the ones the United States faced in its withdrawal from Afghanistan. It is our duty to prevent an attack like the ones that took place on September 11 or January 6 from happening again, but this will require us to commit to the rule of law and resist political pressure. to minimize the threats posed by an increasingly active national extremist. element.