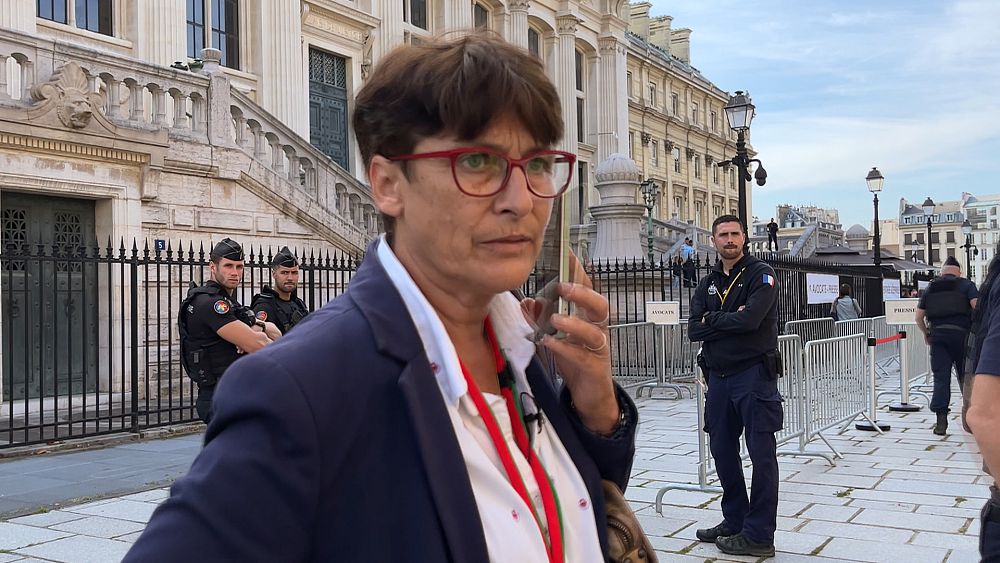 Support for victims of mass attacks: how has France changed since 2015?

On September 8, 2021 opened the largest trial in the history of France. 20 defendants will be prosecuted for the terrorist attacks of November 13, 2015 in Paris which left 130 dead.

Estelle, 25, was among those who died in the attack on the Bataclan concert hall. His mother, Marie, came from Brittany to Paris to attend the trial. She is expected to testify in October.

She wants us to remember the trauma of the attacks, but also what happened in the months and years following the attacks. Events changed her life and the lives of many others, she says, and the wounds still have not healed.

Care in the aftermath of the attack

Marie was informed for the first time of the death of her daughter on the evening of the attack. It was her daughter’s boyfriend, injured in the attack, who broke the sad news. When they learned about it, Marie and her husband headed straight for Paris. After After several days of arduous investigations, the couple were finally called to identify their child’s body at the Paris Forensic Institute.

â€œThe secretary made us sit in the office and made us fill out some papers. We were asked things like, “Have you seen an undertaker?” Will your daughter be buried or cremated? she remembers. “We were dumbfounded, we didn’t even know if she was there … and then we had five minutes to see our daughter behind a glass. We didn’t hear from anyone for a week. Then they told us. called to retrieve his body. We were one of five families summoned all at 2 pm, all at the same time. We went into a hallway. There were five death chambers lined up. There were about 100 to 150 people, all passing by. at the same time. Some people went to the wrong death rooms. It was just a total mess. People were screaming, people were crying in the hallways, people were collapsing, “she describes. â€œWhen we entered the room, they said, ‘you have 30 minutes with her.’ That was it, 30 minutes, and then they put her in a coffin. Then one after another the coffins were put in hearses, and was it. These are things I will never forget … ”

This was just one of the many difficulties encountered by the victims of the 2015 attacks. Starting with identification errors which led some families to mourn corpses that were not theirs.

Six years later, efforts have been made to improve aid and support mechanisms for victims of terrorist attacks, whether it is immediate care or long-term follow-up. The PitiÃ©-SalpÃ©triÃ¨re hospital says it has learned from the mistakes of the past.

Mathieu Raux, intensive care anesthetist, coordinated the reception of dozens of wounded on the night of November 13, 2015.

Training of medical staff in war medicine and crisis management, new computer systems and a dedicated casualty identification unit are just some of the ways the hospital has strengthened its capacity to respond to potential mass attacks, he says.

â€œThe lesson we learned goes beyond the organization of the hospital, which is our domain. We are now better equipped to identify victims and we have a better capacity to take care of them. We don’t really talk about health, we have a lot of experience in this area. It is more a question of psychological support. And we have improved our way of supporting relatives of victims, within the hospital, and even helping to find them. We have also learned to better support our staff because they too were victims of a form of trauma.

Under the supervision of the Ministry of Justice, the Interministerial Delegation for Victim Assistance coordinates public policies in this area. It strives to improve support and long-term follow-up for victims and their families, particularly in terms of psychological assistance, compensation and return to work. New tools have also been deployed.

FrÃ©dÃ©rique Calandra, the French interministerial delegate for victim assistance, tells us that in 2018, two digital computer devices called Sinus and Sivic were created. “These are two victim identification systems that reduce errors, duplicates, false alerts,” she explains. “In addition to this, a decree has just been issued on the creation of SIVAC, which is the inter-ministerial information system for victims of terrorism and disasters. It is” the next step to improve systems for sharing information. information, because there are up to 11 different administrations. and at least seven ministries that may be involved in the management of these mass attacks, natural disasters and any extremely serious event causing many victims, â€she explains.

Another novelty is a crisis unit which can be activated by the Prime Minister or the Ministry of the Interior in the event of an attack, natural disaster or major accident of any kind. The unit functions as a call center and responds to relatives of victims or to real victims of the events. Its capacity allows 50 people to intervene immediately and this capacity can be increased if necessary.

Fight for the rights of victims

Arthur DÃ©nouveaux is a survivor of the Bataclan attack, and president of Life for Paris, an association for the victims of the November 13 attacks. He is one of those who fought for better recognition of the status of victim of terrorist attacks in order to facilitate procedures, in particular for compensation and reimbursement of medical costs and psychological care. He will testify at the trial which he says should also allow victims to turn a page.

Since the attack, he has been fighting for “a simpler understanding of this status in order to make it easier for victims to obtain everything to which they are entitled”. He also reflects on how easy it is to become a victim. â€œDo the state, society, victims really give us the means to stop being victims at some pointâ€? This, he says, is one of the main battles of the association, “but it is not necessarily over because there is a part that depends only on ourselves. There has to come a time when you can get rid of this tag “.

For Jean Pierre Albertini, whose son StÃ©phane was killed at the Bataclan, the real issues lie elsewhere. Author of the book ‘Die at the Bataclan‘, written in homage to his son, he also wonders about the actions taken to fight against Islamic radicalism.

â€œThere is a medal for victims of terrorism. But when a state prefers to award medals to the idea of â€‹â€‹defeating a certain ideology, if it recognizes the existence of the victims, but does not manage to limit the number, it is in a way admitting that it has reached a dead end. â€he declares.

However, since 2017, several dozen jihadist terrorist attacks have been foiled in France and throughout Europe. After the bitter failure of the 2015 attacks, perpetrated by individuals known to the European intelligence services, serious efforts were made, believes Jean-Charles Brisard, expert in international terrorism. According to him, the authorities quickly understood that these terrorist networks are transnational and that “the borders do not concern them”. â€œThe important thing is to be able to exchange operational information with foreign counterparts. There is now better cooperation between states and this is quite notable and important for the future. Above all, the terrorist organizations which threaten us have been considerably weakened by the military offensives. “. The will of these groups to strike us still exists and we know it. But we believe that the risk today is much lower than the risk of a local threat.”

This threat places domestic intelligence services on the front lines. In France, they have doubled in size since 2015.

Biden’s next move: withdrawal from Syria?