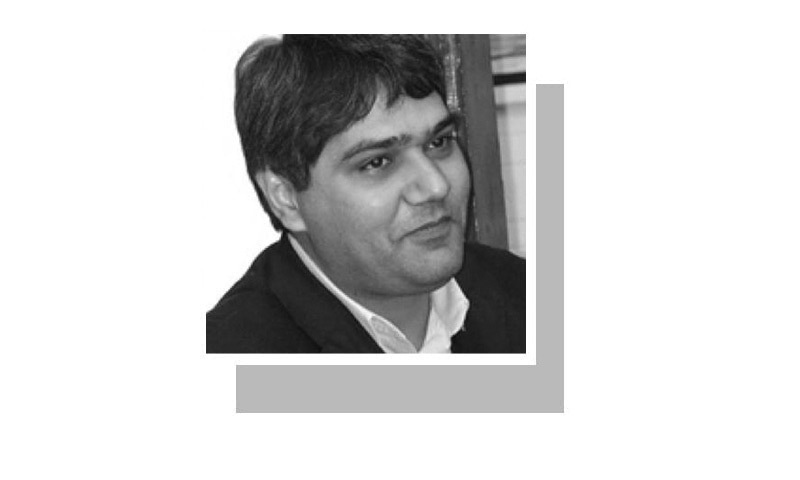 After mild outcry from concerned citizens as well as the Pakistan People’s Party (PPP), military leaders reassured political leaders that no extra-constitutional deal will be reached with outlaw Tehreek-i-Taliban Pakistan ( PTT).

A press release issued after the National Security Committee meeting last week mentioned that a closed session of Parliament would be convened, during which the Leader of the House – ie the Prime Minister – would take on other leaders. The statement gave the impression that the issue of talks with the TTP has been resolved amicably with the political leadership.

Be that as it may, it is clear that the political leadership has long since abandoned security issues. He now blindly trusts the acumen of the security establishment on such matters. It seems almost absurd to even consider that they would ask the establishment under what constitutional or political framework talks with the terrorist group were even initiated. What framework will be used to place the terrorists of yesteryear under the orbit of the Pakistani Constitution, which they do not recognize?

Lily: The cost of peace talks

Political leaders were not much embarrassed when the so-called Pakistan Protection Ordinance 2014 was introduced in parliament, a clause of the Pakistan Army Act extended to civilian jurisdictions and terrorists declared “enemy aliens “.

Even the victims of terrorism have so far not mobilized to register their protest.

The text of the law on the National Counter-Terrorism Authority website describes an “enemy alien” as a person who fails to establish Pakistani citizenship and is suspected of being involved in war or insurrection against Pakistan or depredation in its territory, by reason of their participation in the offenses specified in the annex.

The schedule includes an extensive inventory of offences, most of them covered by Schedule 6 of the Anti-Terrorism Act 1997, and further includes offenses committed outside Pakistan against national interests and cybercrimes aimed at attacking foreign interests in Pakistan.

The TTP had committed almost all of the offenses mentioned in the order.

According to figures from the Conflict and Security Digital Database of the Pakistan Institute for Peace Studies, the TTP alone, excluding splinter factions and affiliated local groups, has perpetrated 3 280 terrorist attacks in Pakistan since its creation in 2007. Among these, 301 suicide attacks, which left 7,488 dead and 15,086 injured.

During these attacks, the group killed 2,577 security and law enforcement personnel (530 CF personnel, 992 policemen, 117 unspecified paramilitary personnel, 815 army soldiers, 83 representatives of the Levies and 40 Rangers) and 4,559 civilians, including 107 members of the government. civil servants, 554 political leaders and workers, 519 pro-government tribal elders and 14 CPEC-related project workers. As many as 352 militants were also killed in these attacks, which were either suicide bombers or retaliatory fire from security forces. Since 2007, around 1,200 members of the security forces have also lost their lives in kinetic actions and armed clashes and encounters with militants, mainly from the TTP and affiliated groups. The picture becomes even more complex if the sectarian and communal attacks launched by the TTP and its former dissidents, such as Hizbul Ahrar and Jamaatul Ahrar, are also counted.

Strangely, after reports first surfaced of peace talks with the TTP, there was no major reaction. Only a few voices from the families of the victims of the APS attack in Peshawar and from the political parties that had suffered the worst of the terrorist violence, such as the PPP and the Awami National Party (ANP), made noise.

The reaction of the ANP and the PPP is understandable. The TTP claimed to have killed its top leaders, including Benazir Bhutto. However, these two parties have never mobilized the masses on this issue. Other major parties in the current government are less concerned. The JUI-F has always supported the idea of ​​talks with the TTP due to their ideological affinity, while the PML-N is more focused on preserving its political capital and the economy.

Despite the constraints and shortcomings of political parties, what was most surprising was the lack of response from civil society. Yes, the economic crisis may have left people unable to think of anything else, but even the victims of terrorism have so far not stepped up to register their protest. It is important to understand why.

A deconstruction of terms historically used to describe militancy and armed movements exposes structural issues relating to politics, nationalism, identity, religion, and the balance of power within state institutions.

Not so long ago, citizens were not ready to accept that the Taliban or other religiously inspired militant groups could be involved in terrorism against Pakistan. Their actions outside the country had been described as acts of jihad. These militant groups used to serve the state and its institutions and were frequently referred to as ‘saviors’, ‘patriots’ and ‘mujahideen’ even before being declared militants or terrorists.

Instead, pro-establishment media and opinion makers have frequently used the term “treason” to refer to separatist movements in East Pakistan, Balochistan and ethnonationalist movements in Khyber Pakhtunkhwa and Sindh. People related these terms to these specific contexts, and when the terms were used outside of this context, it took time for them to be recontextualized. For example, when a religious leader was first branded a traitor, it may have sounded unfamiliar to the layman’s ears.

Pakistani public opinion was therefore slow to adjust to the different meaning of terms such as ‘traitor’, ‘unbeliever’ and ‘enemy’ when applied to religiously motivated activists after 9/11. Society was still digesting the new terminology and gradually accepting the TTP, Al-Qaeda, IS-K and LeJ as enemies of state and society when state institutions seemed have suddenly upset this process. This has created more ambiguity within the company, and its dynamics can be discussed elsewhere in these pages. Until then, suffice it to say that the state seems to have greatly disappointed its citizens.

The author is a security analyst.