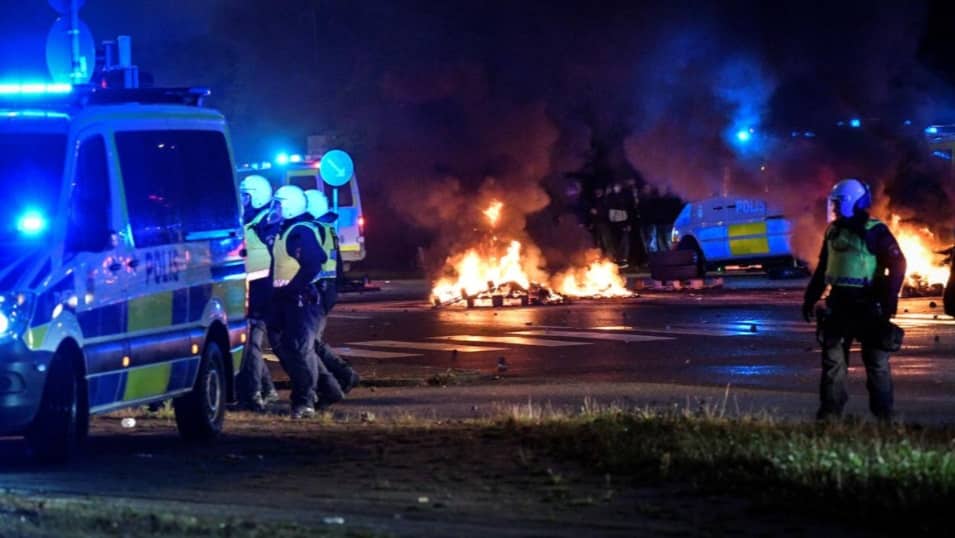 
In recent days, several Iranian state media have published articles drawing attention to the riots in Sweden which stemmed from the threat of a far-right anti-Muslim political group to hold a rally and burn copies of the Koran in Stockholm. Rasmus Paludanthe leader of the group whose name translates into English as ‘Hard Line’, reportedly failed to show up for the promised rally but would no doubt have achieved his goal when the resulting backlash sparked several days of unrest and clashes with the police.

The background to these unrest has little or nothing to do with Iran specifically, but Iranian regime officials see it as an opportunity to promote familiar narratives of a perceived culture war between the “Islamic world” and “the West.” and the state media clearly. propagate this narrative by blaming the Swedish government and other Western entities while portraying the Iranian regime as a bulwark for justice.

Tuesday, the Islamic Republic News Agency (IRNA) proclaimed that Muslims were being ‘suppressed under the guise of defending freedom of expression’ and accused Sweden of ’emboldening’ its far-right activists simply because it had failed to crack down on Hard Line plans for a public demonstration close to the Muslim communities. Meanwhile, the Iranian regime continues to reject recurring calls for investigation and accountability related to anti-government protests that took place in nearly 200 Iranian cities in November 2019.

Almost immediately after the outbreak of this nationwide uprising, Iranian authorities led by the Islamic Revolutionary Guard Corps opened fire on crowds of protesters, killing at least 1,500. Thousands more were arrested amid mass shootings, and many were then subjected to months of systematic torture under the direction of Iran’s judiciary, then headed by Ebrahim Raisi, who became president in 2021. The claim Raisi’s previous infamy was a leading role in the mass executions of 30,000 political prisoners in the summer of 1988, an early example of the regime’s exploitation of religious dogma as a justification for political violence.

Prior to the 1988 massacre, then-Supreme Leader Ruhollah Khomeini said supporters of the Mujahideen Organization of Iran (PMOI/MEK) guilty of “enmity against God” and ordered the newly formed death commissions to “immediately annihilate the enemies of Islam”. In recent conferences and publications calling for action by the international community, some jurists have called this massacre a “genocide” committed against followers of Islam who rejected the regime’s fundamentalism.

The underlying sentiment is still reflected in the regime’s official narrative of current events, which portrays itself and its would-be supporters as being simultaneously under attack by non-Muslims in the Western world and “takfiri” elements in the within traditionally Muslim societies. This amounts to saying that the regime publicly rejects the Islamic good faith of its ideological competitors and often suggests that Western, regional and even national entities are conspiring against the “true” Islam that is Tehran’s fundamentalism.

In fact, the “conspiracy” allegations were made quite explicit on Sunday when Saeed Khatibzadeh, the spokesman for Iran’s Foreign Ministry, commented on the situation in Sweden at his weekly press conference. “The actions of the insulting person [Paludan] and its supporters increasingly require the unity of Muslims and Islamic countries against the conspiracies of the enemies of Islam,” he said, implying that such unity can best be achieved under the leadership of Tehran. Although the events in question are remote from Iran and the surrounding region, Khatibzadeh cited them as examples of “sedition”, a term widely used by Iranian officials in reference to various major challenges to their grip on power. , including in 2009, 2018 and The 2019 uprisings which explicitly called for regime change.

A week earlier, Tehran’s Interior Minister Ahmad Vahidi applied a very similar framework to recent protests at the Iranian embassy in Kabul and consulate in Afghanistan, as well as illegal border crossings and other incidents that threatened to damage relations between Iran and the newly restored countries. hard-line emirate known as the Taliban. “It’s the plot of the enemy,” Vahidi said, according to IRNA, while demanding that the Taliban pledge to protect the interests of the regime.

Iranian officials and state media have obviously been keen to imply that violent incidents challenging Iran’s goal of ideological domination are rooted in the West, even though they are more likely to have direct or indirectly with the Taliban or another competing entity in the Muslim world. world. This was the case, for example, when Vahidi said of a knife attack carried out at a shrine in Mashhad by an Uzbek from Pakistan, “This bitter event shows that the enemy has not ceased its efforts to sow discord”.

The same impulse appeared on Tuesday after two explosions hit a boys’ school in Kabul, killing at least six people and injuring a dozen others. Tasnim news agency, a media outlet close to the Revolutionary Guards, quoted Saeed Khatibzadeh as blaming the incident on “takfiri terrorists” and “anti-religious elements”. However, the same report simply glossed over the fact that a third explosion in the same area hit an English learning center, suggesting that the series of attacks may have been aimed at perceived Western influence, otherwise they would not support the story of the troubles in Tehran. deliberately instigated by a Western “enemy”.

But additional details are unlikely to change that narrative in any case. While Tehran has frequently condemned Western authorities for interfering in regional affairs via public comments on recent developments, the Interior Ministry was quick to react to the Mashhad stabbing attack by saying that the absence such comments proved that the United States and its allies “are among the supporters of such acts.” This shows that Tehran can be expected to shape its narrative of a given incident to fit the preconceived narrative, whether that incident takes place on its own territory or far away in a country like Sweden. .