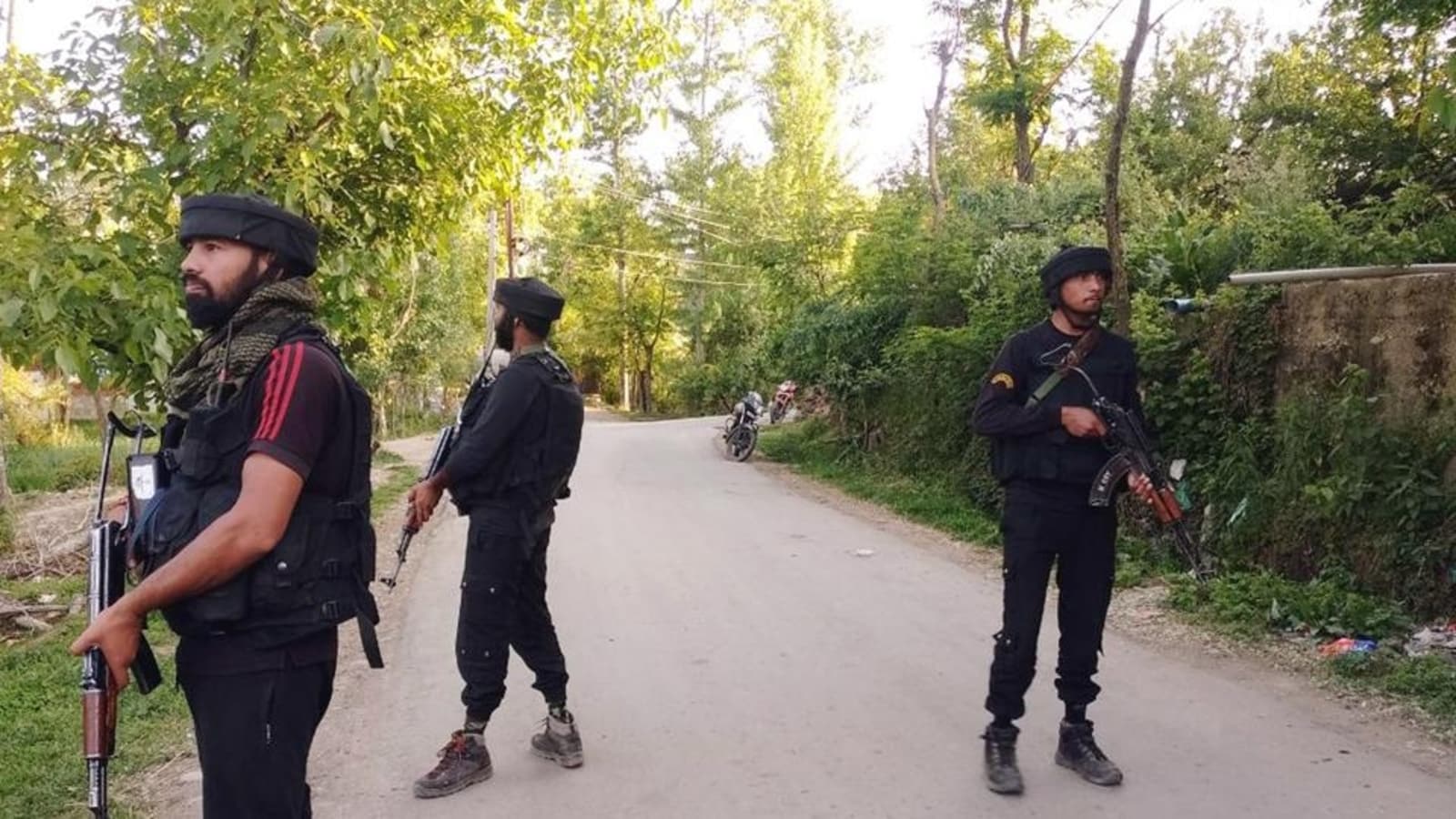 Two terrorists – including one from Jaish-e-Mohammed, responsible for the murder of a cop – were shot dead in Jammu and Kashmir during an encounter on Tuesday. The meeting took place in a village in Pulwama district. “Terrorist Jaish-e-Mohammed Majid Nazir, killer of SI Farooq Mir was neutralized during the Pulwama encounter,” said Vijay Kumar, Inspector General of Police, as quoted by ANI news agency. The other terrorist has not yet been identified.

On June 18, a police sub-inspector was killed in a terrorist attack. The bullet-riddled body of the officer – Farooq Ahmad Mir – was found in the paddy field near his home in Samboora village, south Kashmir. The killing came amid a series of attacks on police officers in different parts of the Kashmir Valley this year. So far, eight staff members have been killed. Most of them were killed near their homes when they were unarmed, according to reports.

Defense Minister Rajnath Singh, who was on a two-day visit to Jammu and Kashmir last week, urged people not to allow “hostile forces to break the social fabric” and noted that the electoral process should start in the coming months.

As India faces Agnipath protest, it’s time to study how the left is manipulating the political system

Israel has stepped up its covert campaign on Iranian soil, officials say