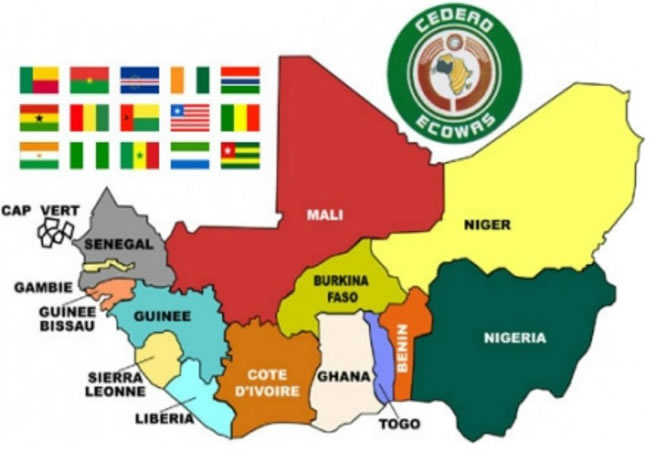 The Economic Community of West African States says as many as 14,500 people have been killed by terrorists in the West African region in four and a half years.

According to the outgoing president of the ECOWAS Commission, Jean-Claude Brou, insecurity in the region has also displaced 5.5 million people.

Brou, who will assume the post of Governor of the West African Bank, spoke on Wednesday in Abuja, during the transfer of power to the new management of the Commission led by President Omar Touray.

He said: “First of all, the deteriorating security situation has wreaked havoc, not only in the Sahelian zone, affecting Mali, Burkina Faso, Niger and northeastern Nigeria, but it has rapidly extended to the coastal zone, affecting Côte d’Ivoire, Benin and Togo.

“Terrorist attacks and herds of bandits have bereaved these countries, causing nearly 14,500 deaths in four and a half years, threatening the peace of rural populations and forcing people to take refuge far from their homes.

“Thus, the number of refugees and displaced people in our region has reached around 5.5 million people who are in need of humanitarian assistance.”

The Commission, he said, has reached out to provide assistance to many of them, as well as to victims of natural disasters.

He noted that a regional action plan to combat terrorism in the region had been followed.

Brou said the plan needed sustained commitment, including financial support from member states, for it to deliver the expected results.

“A regional action plan to combat terrorism in West Africa has been drawn up and is being implemented. This will require sustained commitment, including financial support from Member States, to deliver the intended medium and long-term results,” he explained.

On the political level, Brou, who is leaving the Commission after having completed his four-year mandate, deplored the military stranglehold in the region.

Touray assured the community that his team would do everything possible to complete the ongoing reforms.

He said, “I renew our commitment to work diligently for the well-being of our community. At the same time, I ask you to continue to support ECOWAS by ensuring full payment of the community levy and full implementation of ECOWAS protocols. »