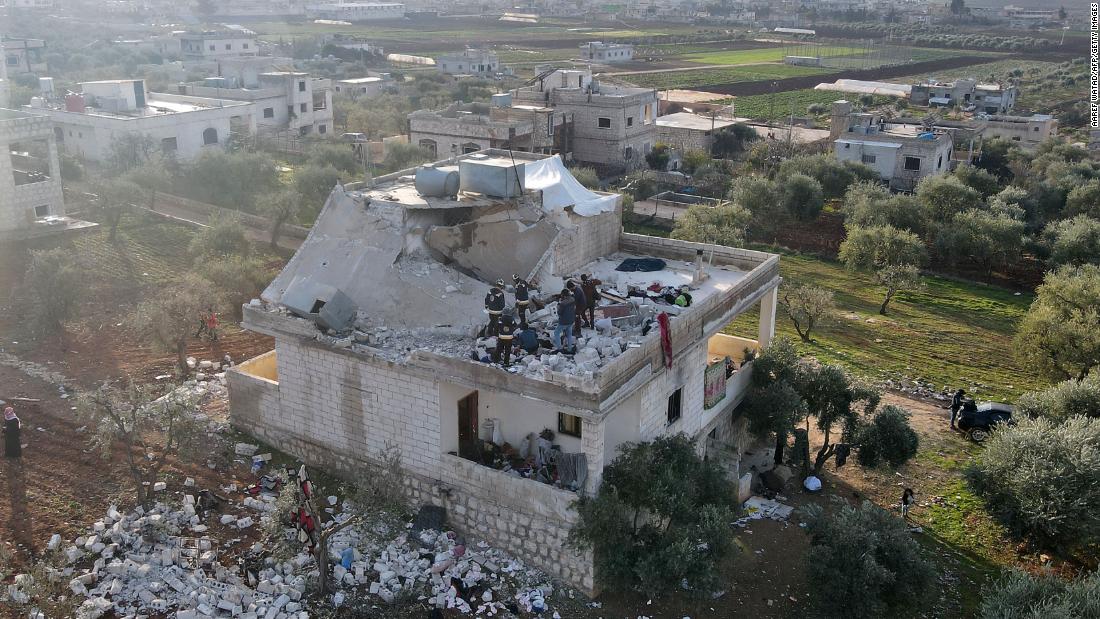 Even before its disappearance, according to UN experts, the Islamic State had lost several important members of its upper echelon. And yet, the group remains a constant threat. Instability in Iraq and Syria “indicates that a possible resurgence of ISIL in the central region cannot be ruled out,” the report concludes, referring to the group by its alternative acronym.

In a sweeping document, UN observers also say there is no evidence that the Taliban are trying to curb the activities of foreign terrorists in Afghanistan. “On the contrary, terrorist groups enjoy greater freedom there than at any time in recent history,” they add.

In its assessment of the situation in Iraq and Syria, the report states that the Islamic State “is estimated to retain between 6,000 and 10,000 fighters in the two countries, where it forms cells and trains agents to launch attacks “, often using hiding places in the desert.

He says the group “has evolved into a predominantly rural insurgency, resisting sustained counterterrorism pressure” from forces in Iraq and Syria, which include US forces deployed in northern Syria as well as the Kurdish Syrian Democratic Forces.

The UN analysis indicates that in Iraq, ISIS continued in the second half of 2021 “to launch attacks at a steady pace, including hit-and-run operations, ambushes and bombs in roadside”, especially in a part of the territory north of Baghdad. “Cells in Iraq also focus on economic warfare, targeting infrastructure, especially power lines,” he adds.

UN observers assess that the Islamic State is also rebuilding in far western Iraq, including “strongholds and tunnels with many sleeper cells and hundreds of fighters in the desert of ‘Anbar’.

The report depicts leadership living under a deep blanket. It says a government has noted that Qurayshi – despite being believed to be somewhere in Syria – “takes extreme measures to ensure his safety, not allowing any electronic devices to be carried in his vicinity”. It was believed that he moved regularly between Syria and Iraq.

Despite all his precautions, he was found in the province of Idlib, and now the Islamic State has a succession problem, for the second time in two years. Abu Bakr al-Baghdadi was killed — also in Idlib — in October 2019.

Edmund Fitton-Brown, the surveillance team’s coordinator, told CNN that Qurayshi’s death was a “significant setback” for the group “coming as it does on the heels of the detention of its deputy and chief of Islamic State finance, Sami Jasim al al-Jaburi, which was announced by the Iraqi authorities last October.”

Fitton-Brown says ISIS’s top leadership “has suffered significant attrition in recent years and it’s not clear they can replace either with leaders of caliber or experience. similar”.

The UN report indicates that the opinions of governments differ on the impact of this attrition. “Some member states believe the group is significantly undermined by these losses, while others believe the threat of a resurgence of core ISIL remains.”

The complex Islamic State attack aimed at freeing prisoners in Hasakah, northern Syria, last month may hint at this resurgence. Fitton-Brown says it was a significant development and some key prisoners were released. Others have been killed or recaptured, but, he adds, “they will consider the disruption and propaganda worth that price, but it is too early to say what they tell us or what impact they will have on the capabilities of the group.

The UN report says ISIS’s war chest is significantly smaller than it was when its self-proclaimed caliphate ruled large parts of Syria and Iraq. However, it is far from expensive. “Funds assessed as available to ISIL in the heart of the conflict zone remain between $25 million and $50 million, much of which is estimated to remain in Iraq,” the report said. However, governments believe that the group now consistently spends more than it receives.

Some of that money is funneled to Afghanistan, where UN experts believe the Islamic State (ISIS-K) affiliate is recruiting and expanding. In recent months, the group has regularly released videos of its attacks on Taliban officials and fighters, both in eastern Afghanistan and in the capital. ISIS-K carried out the devastating suicide bombing at Kabul airport in August, in which more than 170 people were killed, and several subsequent assaults.

The report said ISIS-K “demonstrated a continued ability to mount sophisticated attacks, adding to the complexity of the security situation in Afghanistan.”

UN member states estimate that ISIS’s strength has increased from earlier estimates of 2,200 to nearly 4,000, following the release of several thousand prisoners. One member state estimated that up to half of ISIS-K is made up of foreign terrorist fighters.

The UN team says that after six months of Taliban rule, “Afghanistan has the potential to become a haven for Al-Qaida and a number of terrorist groups with links to the Asian region. center and beyond. It notes that some of al-Qaeda’s “closest sympathizers within the Taliban now occupy leadership positions in the new de facto Afghan administration” and confirms the return to Afghanistan of a former senior aide to the late leader. al-Qaeda Osama bin Laden.

Central Asian terrorist groups such as the Islamic Jihad Group and the Islamic Movement of Uzbekistan “now enjoy greater freedom of movement within the country”, the report said. “Central Asian embassies based in Afghanistan have observed with concern that several leaders of these groups have traveled freely to Kabul.”

In their section on jihadist activity in Africa, UN observers note that “Al-Qaeda and ISIL affiliates in West Africa appear to have made decisive progress in exploiting local grievances, crushing strained security forces and navigating the complex interrelationships between armed groups”.

The strength of the Al-Qaeda subsidiary in Mali is such that “the capital itself is under threat, with a security bubble now limited to a circle of 40 kilometers around Bamako”, according to several governments.

In the longer term, the report raises the specter of a new generation of terrorists emerging from refugee camps in northern Syria. One of these camps, al-Hawl, contains some 60,000 people, and the UN report assesses that it is under the “social control of the Islamic State”.

“A generation of children, many of whom were raised in incubators of violent extremism, are particularly at risk,” conclude the UN experts.