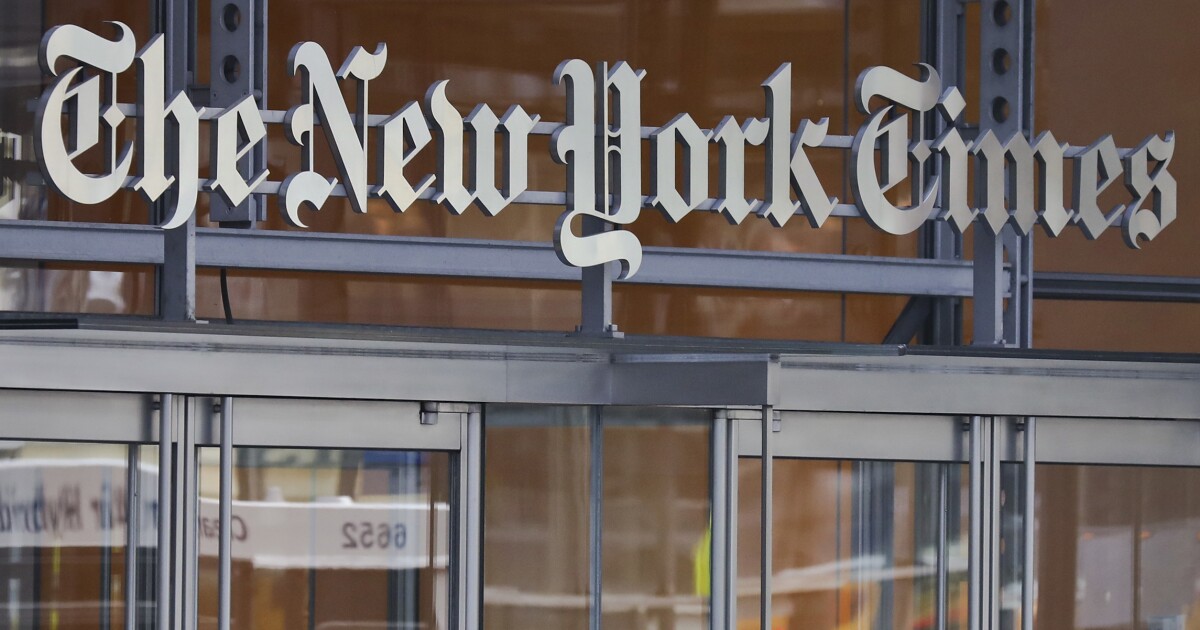 Establishment media promotes a terrorist in order to support his climate change agenda.

In other words, it’s a day ending in -y.

The New York Times posted a review room by Andreas Malm, an eco-terrorist who uses the piece to call for “sabotage” that would “shut down” everything, including “stations, pipelines, platforms, derricks, terminals, mines and shafts” in order to “save humanity”. He’s as raunchy as any climate activist you can find, praising millions of dollars in damage to construction sites and talking about “climate activism” and “guerrilla warfare.”

Curiously, there is no indignation on the part of the New York Times journalists or opinion writers on this article. No one warns of the danger this poses to people working on construction sites or pipelines. No one even points out that Malm’s preferred future (which is, of course, Communism) would not solve any problem related to climate change as innovation would. There is not a glance of New York Times staff or management for publishing an article by an eco-terrorist promoting eco-terrorism.

It’s a stark difference from the collapse that followed when Sen. Tom Cotton (R-AR) called on the military to help law enforcement quell the Black Lives Matter riots that destroyed buildings. millions of dollars worth of goods and put people’s lives at risk. The New York Times writing fondues on this opinion piece, which caused the editor of the editorial page to quit his job. While Malm calls on people to become criminals, Cotton called on law enforcement to protect people from criminals. Only one of these things offended the New York Times Personal.

Of course, publishing terrorists is not new to New York Times. The outlet published an opinion piece titled “What we Taliban want”, writing by Sirajuddin Haqqani, who is wanted by the FBI in connection with a 2008 terrorist attack that killed six people in Kabul, Afghanistan, including a US citizen. This too published an opinion piece by a former adviser to the Palestine Liberation Organization (which was declared a terrorist organization in 1987) and another one by a Chinese Communist Party enforcer.

In addition to this, the media also whitewashed obituaries of terrorists Qassem Soleimani and Catherine Boudin (as well as those of murderous thugs such as Cuban dictator Fidel Castro and Chinese dictator Mao Zedong). The laundering of terrorism does not exactly innovate in the “official paper”.

None of these terrorists or authoritarians, whether published in the op-ed section or mourned in the obituary section, has elicited the same wrath from New York Times staffers, as did the publication of a Republican senator calling for the rioters to be stopped. Perhaps the next person to “blow a pipeline,” as Malm wants to see it, will also receive a glowing obituary as a climate hero of the New York Times.

Houthis step up oppression against tribes in Sanaa and Amran