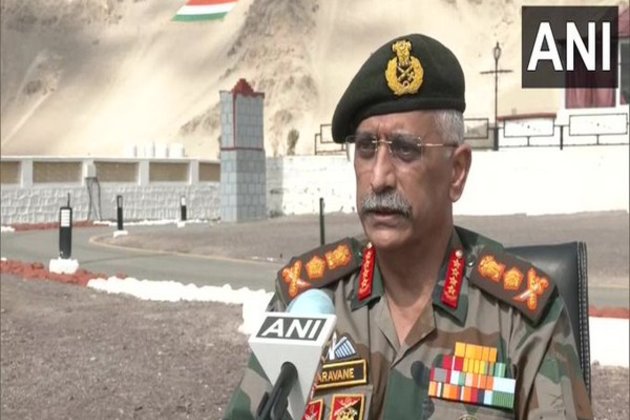 By Ajit K DubeyLeh (Ladakh) [India], Oct 2 (ANI): Indian Army Chief Gen. Manoj Mukund Naravane said on Saturday that the Pakistani Army had supported two attempted infiltration of terrorists along the Line of Control (LoC) by the through ceasefire violations and that the Indian army had firmly told him not to engage in such activities.

“There was no violation of the ceasefire by the Pakistani army from February of this year to the end of June. But, in recent times, there has been an increase in infiltration attempts which have not not supported by ceasefire violations, â€Army chief Gen. Naravane told ANI in an exclusive interview here.

“In the last ten days, there have been two violations of the ceasefire. The situation is regressing until the days before February,” he added.

His remarks came after he was asked whether the Pakistani military supported the recent surge in terrorist activity in Jammu and Kashmir and infiltration attempts along the Line of Control (LoC).

India and Pakistan struck a deal in February this year, after which the two sides went into complete silence in terms of ceasefire violations.

The Pakistani army had also stopped supporting terrorist infiltration attempts by shooting at Indian posts to “distract their attention, but this process has started again”. should not support any activity related to terrorism, â€Naravane said. (ANI)