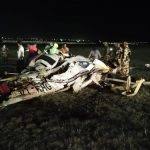 After arresting two people, the State Investigation Agency (SIA) filed a complaint in court here on Thursday in a case involving the dismantling of a narco-terrorism network run by the Lashkar-e-Toiba (LeT) Pakistani in Punjab and Jammu and Kashmir. . According to a senior SIA official, the SIA handed over the indictment against two defendants Mohmmad Rafiq Khan of J&K and Gurpal Singh of Punjab in a court in Jammu in a terrorist network case operating in Punjab and J&K on the orders from the LeT of Pakistan. .

According to the indictment, an FIR was registered on the information that a Mohmmad Rafiq Khan of Panjgrain (Ghambir Brahmana) of Rajouri was involved in illegal inter-LoC activities and was in contact with the agent of the ‘ISI Abdul Hameed Khan currently residing in Kotli PoK, and constantly sharing information related to India’s strategic assets in Rajouri and Poonch districts through encrypted social media and VoIP applications.

The investigation revealed a well-crafted plot by Pakistani LeT operatives to destabilize the governments of Punjab and the Union Territory of Jammu and Kashmir, he said.

“Rafiq Khan, on the instructions of his Pakistani manager Hameed Khan, had deposited Rs 10,000 into the account of a Darshan Singh from Sangrur Punjab,” the official said. Darshan Singh’s account number was provided to Rafiq Khan by another Punjab resident, Gurpal Singh. Gurpal Singh has a criminal history and developed a friendly relationship with a certain Sajid Bukhari, who is a Pakistani national and was incarcerated with him in Sangrur prison, he said.

Rafiq Khan wanted to join the ranks of terrorists in Pakistan and he even tried to cross this country by legitimate means via the Wagha border, but he was stopped by the Indian immigration authorities. He also planned to illegally cross the fence and he had shared a video of India’s strategic locations with Hameed Khan to gain his trust, the officer said.

“Since Gurpal Singh needed money. So after his release and deportation, Sajid Bukhari cultivated Gurpal and introduced him to Hameed Khan and other Pakistani managers,” the officer said.

Rafiq Khan transferred 10,000 rupees to Darshan Singh to facilitate his illegal crossing to Pakistan via Kanga Gali, he said. “Substantial digital evidence emerged during the investigation in which Gurpal Singh and various other Pakistani managers shared anti-Indian and pro-Khalistani content,” the officer said.

Hameed Khan’s social media chat and audio clips recovered from Gurpal Singh’s phone reveal that he instructed the latter on selling chitta (narcotics) in Punjab to gain maximum profit and use the same money to radicalise young people and to meet his (Gurpal’s) personal expenses, he said.

The conversation specifically mentioned that chitta is available at the rate of Rs 14 lakh per kg if delivered to Rajouri and can be sold at the rate of Rs 60-70 lakh per kg in Punjab. A conversation regarding the disposal of a gun was also found on Gurpal Singh’s mobile phone, the officer said. Some of the content in the form of WhatsApp chat voice notes taken from Gurpal Singh’s cell phone was like this: “Pakistan Zindabad and Khalistan Zindabad”, “asli maza to tab aaayega jab Khalistan banega, puri duniya ki sarkaarein hamare sath hai sivaaye ghatiya desh Hindustan aur Hindustan ki sarkar,” the officer said.

Violations of Sections 13, 17, 18, 39 of the AU(P)A and Section 3 of the Official Secrets Act were established against Rafiq Khan and Gurpal Singh while Sections 13,17,18 , 20, 38 of AU(P)A were drawn against PoK-based Hameed Khan, he said. The investigation into the other suspects is continuing, the officer said. These Pakistani managers instigated Gurpal Singh to propagate separatist ideology and anti-national sentiments, for which the Indian government was approached for sanction agreement for the filing of letters rogatory through the court addressed to the Central Authority Indian for investigation in Pakistan to establish the identity of Pakistani elements hostile to India and their associates in India, he said.