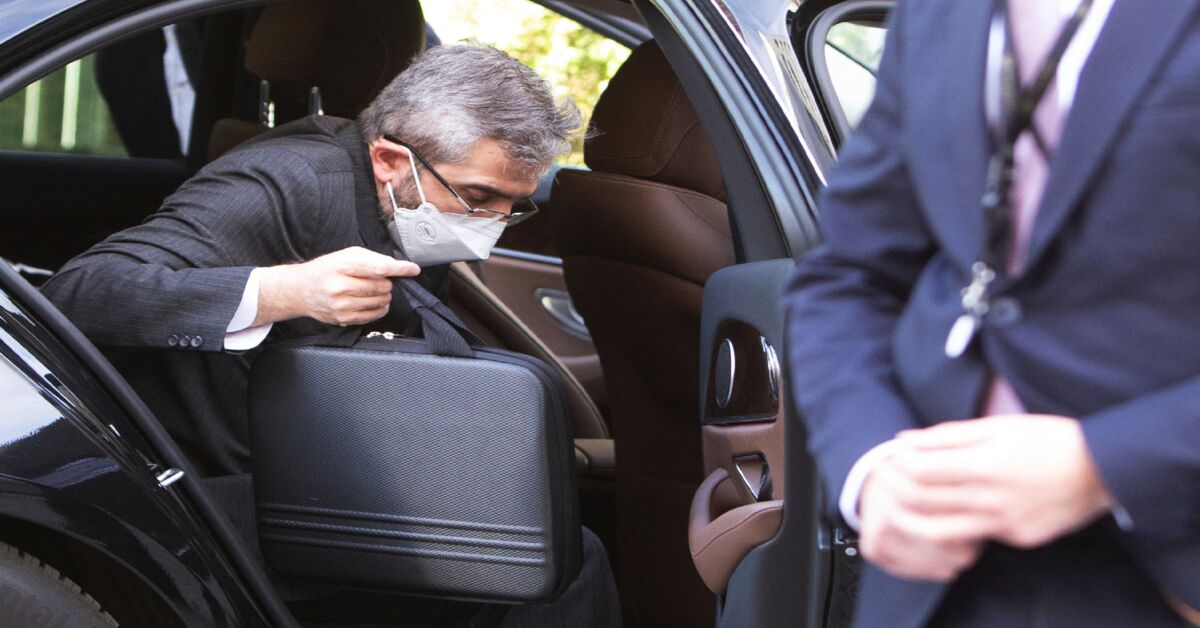 The takeaway: Differences persist as clock ticks on Vienna talks

Talks between Iran and world powers in Vienna are now in what many observers have seen as their home stretch. But that’s far from over, and US officials warn that there are only weeks left before the initial benefits of the Joint Comprehensive Plan of Action (JCPOA) nonproliferation are lost.

Naysan Rafati, the International Crisis Group’s senior analyst on Iran, said “the room for compromise is there but is shrinking, partly because of the lack of time.” As negotiators gather for the eighth round of talks, here’s a look at some of their key areas of disagreement:

Scope of Sanctions Relief: It remains to be seen how many designations imposed under the former president donald trumpThe “maximum pressure” campaign would be lifted in a final deal. An Iranian official told Reuters that Iran wants to withdraw some 300 additional sanctions. But the Biden administration has been clear that some non-nuclear sanctions will remain in place, such as those related to human rights abuses and terrorism. In addition to disagreements over sanctions relief, Iran has also called on the United States to pledge not to reimpose sanctions down the line.

Warranty beyond 2025: Another failure for Washington, Tehran insisted that the potential pact contain a legal assurance that America will not abandon the agreement again. The Biden administration says it will keep its end of the bargain but has no way of tying future administrations to a revived JCPOA. In an interview with the FinancialTimes this week, the Iranian Foreign Minister Hossein Amir-Abdollahian suggested that Congress make at least a “political statement” demonstrating its commitment to the beaten deal.

Nuclear dismantling: A challenge for negotiators will be to maximize the deal’s nonproliferation benefits over the current state of Iran’s nuclear program, Rafati said. Some of these problems are easier to quantify, such as Tehran’s level of enrichment and uranium stockpile caps. But taking into account the knowledge gained, especially given the R&D conducted with advanced centrifuges and uranium metal, is another story. “The puzzle becomes how far back you can go from where they are in 2022,” Rafati said.

What to watch: The International Atomic Energy Agency will hold its next Board of Governors meeting from March 7 in what Rafati said could mark an “inflection point” in the Vienna talks. It all depends on the watchdog’s quarterly report. If the report indicates a slowdown in Iran’s nuclear advances, it could “turn the clock back a few seconds”, says Rafati.

From our regional correspondents:

The raid that killed the leader of the Islamic State (IS) Abu Ibrahim al-Hashimi al-Qurayshi near the Syria-Turkey border cast new doubts on Ankara’s ability to eradicate remnants of the terror group. Now, a leaked report by Turkey’s Financial Crimes Investigation Commission has revealed new details about how ISIS used companies based in Turkey to move money and obtain supplies, including drone parts. Fehim Tastekin obtained a copy of the report, which also found examples of people suspected of being linked to ISIS acquiring Turkish citizenship.

2. Questions loom over HTS’s role in the assassination of ISIS

For more on Qurayshi’s death, see At Khaled al-Khateb last of Syria. He writes that the US special forces operation has angered many jihadists who oppose Hayat Tahrir al-Sham (HTS), the terror group that controls much of the northeastern province of Idlib. western Syria. Some jihadists wonder if HTS helped the US find Qurayshi in the Syrian town of Atmeh. Others accuse HTS of treason for failing to intervene to stop the two-hour US raid.

As Iraq struggles to form a new government, the commander of Iran’s Al-Quds Force Esmail Ghaani seeks to maintain unity within Iraqi Shia political ranks. During his meeting last week with Muqtada al-Sadrleader of the Sadrist movement in Iraq, Ghaani reportedly delivered a message from Iran’s Supreme Leader, the Ayatollah Ali Khamenei which called for an end to “division within the Shiite house”. Mustafa Saadoun explains how such divisions could undermine Iran’s influence in Iraq.

Garbage truck drivers in Gaza City have been forced to suspend work after a major landfill was overrun with scavengers and the body of a 14-year-old boy was discovered among the rubbish. Entsar Abu Jahal writes that the extreme poverty in the Palestinian enclave has led young garbage collectors to “search through the heaps of trash for materials that can be recycled and sold”. Jahal spoke with teenagers in Gaza about their dangerous work digging for bits of plastic or scrap metal.

Egypt is seeking to attract international support for the UN climate conference it will hold in the resort town of Sharm el-Sheikh in November. Ahmed Gomaa reports on the Egyptian foreign minister Sameh Choukryfor the summit, known as COP27. Human rights groups, meanwhile, are calling on participating countries to demand reforms from Egypt.

Listen: André Parasiliti meets with the Special Representative of the UN Secretary General in Sudan Volker Perthes on the October coup and the impact of the civil war in Ethiopia on the democratic transition in Sudan.

Look: See you next week for Gilles Kepelinterview with Maria Ressa. The Nobel Peace Prize-winning journalist talks about the risks for independent media, as well as her experience covering Abu Sayyaf, Al-Qaeda’s affiliate in Southeast Asia.