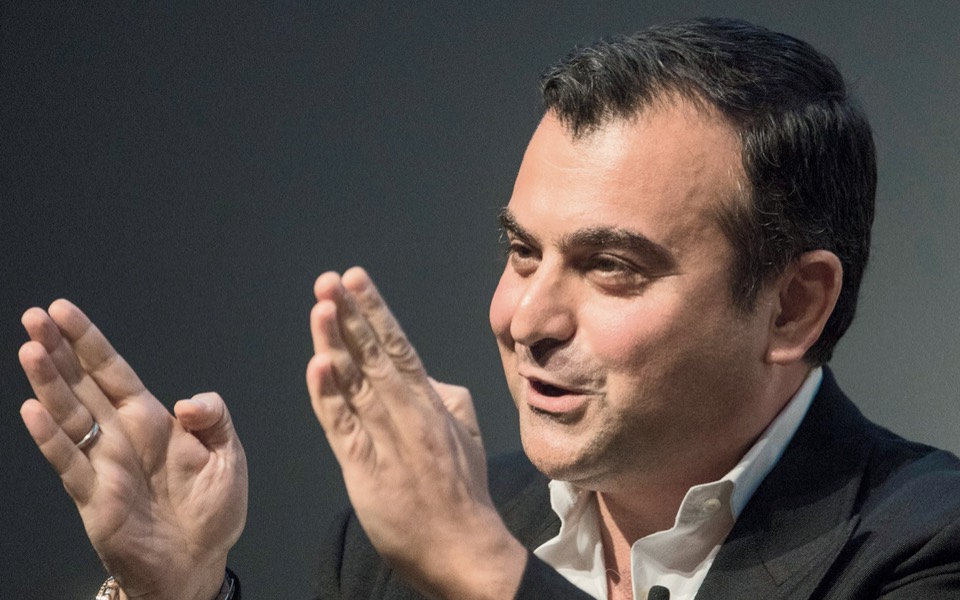 Former FBI Agent Ali Soufan has investigated numerous terrorism cases, inside and outside the United States, including the 1998 US Embassy bombings in East Africa and the 2000 attack on the guided-missile destroyer USS Cole. His role in bringing the 9/11 attacks to light has also heightened his notoriety. It is believed to have almost prevented the terrorist attacks on the Twin Towers, but that did not happen as the CIA refused to share critical information with the FBI shortly before September 11, 2001.

He has received numerous awards and honors for his work, including one from the US Department of Defense who described him as “an important weapon in the ongoing war on terrorism”. In this interview, the author of two best-selling books on 9/11 and the wider terrorist network in the world today and head of the Soufan group’s security consultancy firm tells Kathimerini how dangerous the world is today discusses the intensification of great power competition and its correlation with terrorism, and also shares some of the secrets of his work regarding effective interrogations.

Your questioning of Abu Zubaydah led to the designation of Khalid Sheikh Mohammed as the mastermind of 9/11. You have proven that conventional interrogation methods are more effective than torture. What makes humanism and empathy work better than pain and cruelty, and why has the most advanced nation succumbed to the use of cruel measures knowing that they were ineffective? On the other hand, why do some inmates make false confessions?

The issue of torture has cost America a great deal. And it’s really important for people to know that these aren’t just my conclusions. Numerous reports from the US government (the Special Senate Committee on Intelligence, the Justice Department’s Professional Liability Inquiry, and the Inspector General of the Central Intelligence Agency) have shown that torture doesn’t work and intelligence generated by torture were also unreliable. I know for myself that I have been able to obtain credible information and actionable intelligence through conventional techniques. These proven techniques help ensure cooperation, as torture results in obedience, with someone willing to say anything to stop the torture. In addition, the use of torture complicates and potentially prevents any future criminal prosecution under US law, as we see today with Khalid Sheikh Mohammed. More importantly, the use of torture in America’s recent history has come at a huge cost to our reputation and our moral standing in the world. Loss of credibility continues to haunt America today.

Is the world a safer place today because of advanced surveillance and after 20 years and billions of dollars thrown at Afghanistan, or will terrorist networks inevitably grow again under the Taliban? What was the biggest mistake in the war on terror?

Despite the enormous military and financial resources committed to the war on terrorism over the past two decades, the situation we see today is of great concern. Today, an arc of chaos stretches from West Africa to Somalia, from the Sahel to Syria and from Yemen to South Asia. Our big mistake was to neglect these political and security vacuums and allow them to develop. This is of great concern as we now see a multitude of anti-Western militant groups which are the dominant force in these regions. This climate will continue to present ideal conditions for violent extremists to develop and prosper. Over the past two decades, we have seen al Qaeda successfully transform from a hierarchical organization of several hundred fighters into a decentralized network of groups and affiliates with tens of thousands of members. For al-Qaeda, Afghanistan is where their strategy has paid off, and groups and affiliates around the world will be watching and seeing how they can take advantage of similar voids around the world.

We have dangerous regimes in Afghanistan and North Korea. We have the ISIS and al-Qaeda terrorist networks. Are they independent agents acting against the United States or proxies in a larger game of chess between state superpowers?

We are currently witnessing the United States reorienting its efforts, energy and resources to meet the challenge of competition from the great powers. When it comes to counterterrorism, what concerns me is that the United States sees this as an “one or the other” scenario when the reality is that we cannot afford it. to separate counter-terrorism from competition from the great powers. What we see today is an overlap between regional and global challenges for the West and threats from terrorism. In addition, the way in which we withdrew from Afghanistan has had a negative impact on many of our relationships with key allies in Europe and around the world. To maintain our leadership and influence, we need the United States to rebuild its relationships and alliances, so that these divisions do not affect us elsewhere on other security issues in the future. As I said before, I fear that the current situation is more dangerous than it was before September 11, 2001.

Is disinformation carried out from abroad a new type of terrorism aimed at making Western democracies ungovernable? What is the cure?

I recently wrote in TIME magazine that the United States must view democratic values ​​as a solid foundation on which to build, not an obstacle to overcome. I think this idea applies a lot to other western democracies, like Greece. Regarding disinformation, the Soufan Center released a report earlier this year on the QAnon conspiratorial movement and how the movement serves as a tool for America’s adversaries. The report identified how the movement received support, through intense scaling up efforts, from multiple external actors. We’ve found that actors in states like China, Russia, Saudi Arabia, and Iran are all helping to amplify the QAnon conspiracy theory online to reach a wider audience. Our conclusion was that such activity certainly blurs the line between domestic and foreign disinformation, posing a significant challenge for the US government and international action. Yet our adversaries seek to exploit the polarization and grievances that already exist in our societies. So much of the problem is already internal, and we need to find ways to be united again as Americans.

Recently, former British Prime Minister Tony Blair, speaking to the Royal United Services Institute’s security think tank, warned that the world could face the threat of bioterrorism from non-state actors, as the report requested by US President Joe Biden regarding the origin of Covid-19 remains inconclusive. Do you share these fears, suspicions and worries?

In the United States, our CBRN defense apparatus was significantly strengthened after the 2001 anthrax attacks, which occurred shortly after September 11. The possibility of a [chemical, biological, radiological and nuclear] attack rightly receives a great deal of attention as one can imagine that an attack with biological or chemical weapons would be a huge shock to society and the perception of the security we aim to protect. It is also important to keep in mind that while there are still significant institutional and intellectual barriers preventing terrorists from reproducing chemical and biological weapons, technology is evolving faster than regulators can keep up with, and we have fears the possibility of a CBRN attack for decades. If terrorists are successful in launching a CBRN attack, even if it is not a highly fatal event, it will still have a profound psychological impact on society and the government.

The army, intelligence and law enforcement must collaborate in this new era in the fight against terrorism