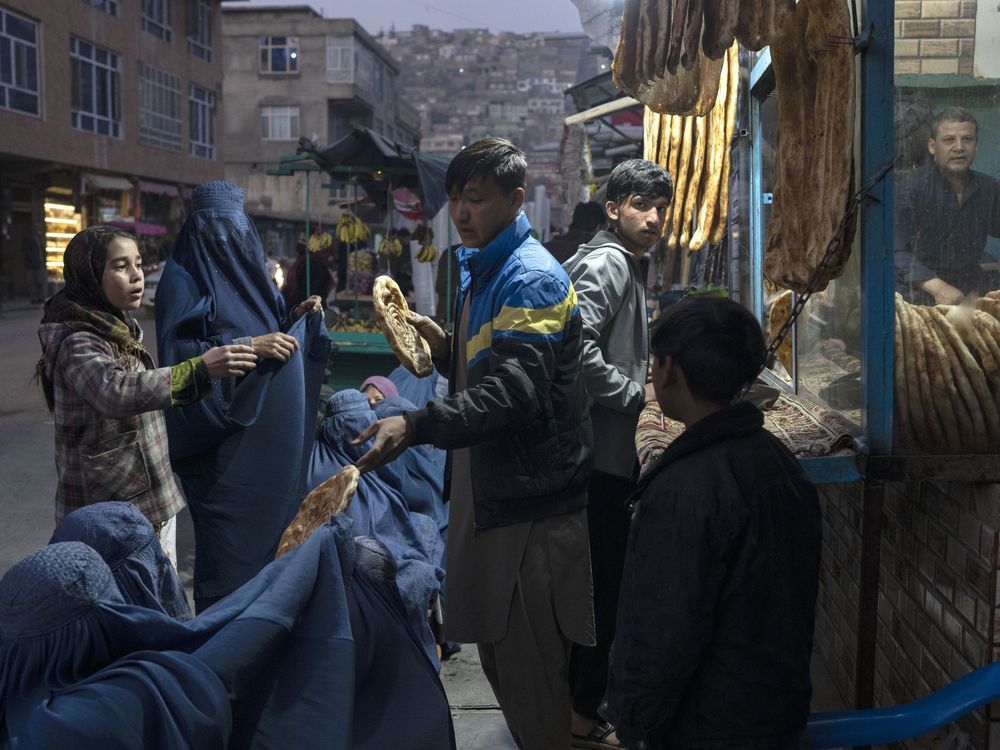 OTTAWA — Prime Minister Justin Trudeau has not specified a timeline for when Canadian aid groups will be able to respond to a humanitarian crisis in Afghanistan, despite peer nations finding loopholes in their anti-terrorism laws decades ago. month.

Aid groups told MPs this spring that Canadian officials had warned them they could break terrorism financing rules by providing support.

They told a parliamentary committee that officials said buying supplies or paying a driver to deliver food to Afghanistan would result in taxes for the Taliban, which took over the country in August 2021 and that Canada recognizes as a terrorist organization.

The Liberals say they want to find a workaround. But Trudeau offered no timeline on Wednesday when asked when the federal government would fix the situation.

“We know how important it is to support the Afghan people,” Trudeau replied at a press conference in Pickering, Ont. “We will continue to look at how we can help.”

UNICEF has reported an increase in child labor and says more and more families are offering young girls in marriage in exchange for a dowry so they can buy basic necessities.

By the time the House of Commons Special Committee on Afghanistan reported on the aid issue in June, the United States, Britain, Australia and the European Union had all found workarounds to their own laws, allowing aid groups to help Afghans without incurring penalties.

The government tabled a response to the committee’s report last week, saying it “will consider measures, including legislative options”, but without offering a timetable.

“Current anti-terrorism measures and legislation have the unintended effect of hampering legitimate humanitarian assistance in Afghanistan,” reads the October 6 response.

“Unlike the laws of some other like-minded states, Canada does not have an exemption mechanism for this (terrorist financing) offence, including for the provision of life-saving humanitarian assistance.”

Ottawa’s response also notes that “the Government of Canada does not intend to recognize the de facto authorities of the Taliban as the government of Afghanistan,” Trudeau reiterated on Wednesday.

Still, Trudeau confirmed that Ottawa was in regular talks with Taliban leaders shortly after they took control of Afghanistan, as CBC News reported last week.

Constitutional lawyers have argued that Ottawa is misinterpreting its own laws, saying Criminal Code provisions against terrorist financing cannot apply to the payment of local taxes.

Otherwise, they note, Afghan refugees would be barred from entering Canada, since they likely paid taxes to the Taliban.

“This is a major crisis situation, from a humanitarian point of view, and Canadian organizations are obviously at a particular disadvantage,” said Genuis, who was on the special parliamentary committee.

“Unfortunately, this is another one of those cases where the government pretends to know about something but, by all indications, does nothing, offers no time frame and fails to recognize the need and urgency. “

The Liberal government has emphasized that it is able to channel aid to Afghanistan through the United Nations, even though Canadian organizations cannot do independent work on the ground.

“We continue to work with partners around the world to help get needed humanitarian aid to Afghanistan despite the Taliban, and we will continue to do so,” Trudeau said Wednesday.

This report from The Canadian Press was first published on October 12, 2022.

— With files from Liam Casey in Pickering, Ont.

‘Obscene’: Son of IRA victim hits out at portrait of Sinn Fein mayor with image of Bobby Sands