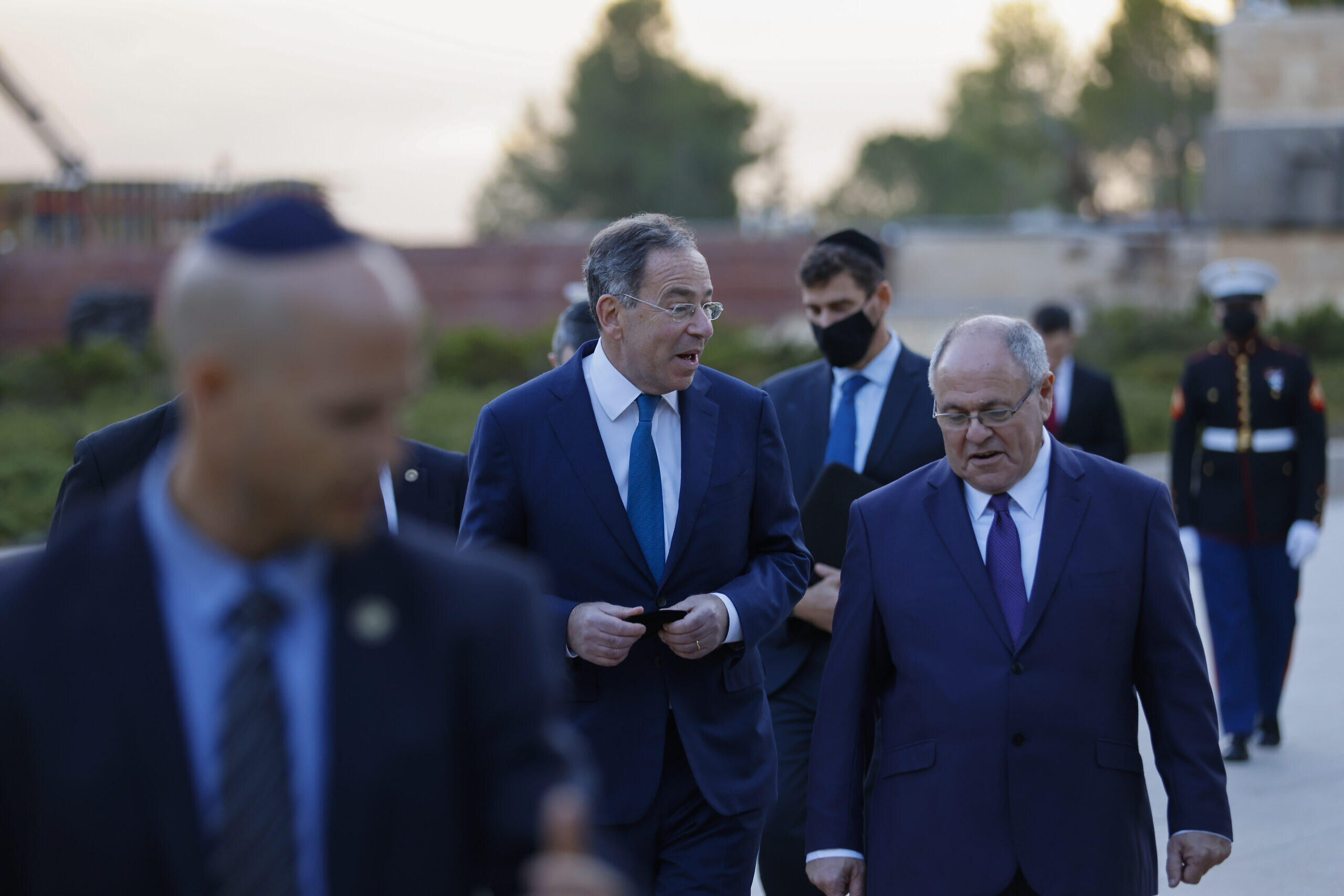 ‘Trying not to agitate’ Arabs while visiting Judea and Samaria

(February 17, 2022 / JNS) In an interview published Wednesday, US Ambassador to Israel Thomas Nides again used his false claim that he “tries not to do things to agitate people” as an excuse to boycott (“not visit”) Jewish communities in legal and historic Jewish territory. heart of Judea and Samaria where more than 500,000 live, or nearly 10% of the Jews of Israel. The only people who are “not agitated” by the boycott of Nides are the Palestinian regime’s terrorist dictatorship, Israel haters and Jews and left-wing extremists. Yet his very act of boycott and do not going to Judea and Samaria “agitates” most Israeli Jews and millions of Jews and members of the pro-Israel community in the United States and around the world, refuting its alleged theme of avoiding such distress.

It’s its own mini-BDS movement. Shame on Nides, US President Joe Biden and Secretary of State Anthony Blinken. The Nides boycott also attempts to delegitimize 500,000 Jews and the legitimate right of the Jewish people to rebuild and resettle in Judea and Samaria. These resettlement rights are guaranteed to the Jewish people under binding international law, including treaties to which the United States is a party.

Nides has also previously used the same pretext of “agitation” when he first announced his discriminatory Israelophobic policy of refusing to visit Jewish communities in Judea and Samaria, but being prepared to travel there to meet with Palestinian Authority terror incitement Mahmoud Abbas and other officials. (To see “US Ambassador Nides boycott of Judea/Samaria condemned by ZOA: Mort Klein Op-Ed in JPost», February 3, 2022)

In his interview, Nides also expanded on his “agitation” excuse, saying he wouldn’t spend a day walking through the Western Wall tunnels because it would “intentionally agitate people.” By boycotting the tunnels, Nides further attempts to delegitimize Jewish rights and to agitate and insult Israel, Jews and pro-Israel communities around the world.

Nides’ “agitation” pretext recalls similar pretexts the British Mandate government used to act against Jewish rights and the Jewish community in the 1920s to 1940s. Following the Arab riots and massacres of Jews in Eretz Israel in the 1920s and 1930s, the British banned Jews from blowing the shofar at the Western Wall on Yom Kippur, as it might “agitate” Arabs, and illegally slammed the door on Jewish immigration. just when the Jews desperately needed a place to go to escape the Nazi massacre – because they didn’t want to “agitate” the Arabs.

Moreover, responses to Nides’ interviews repeatedly agitated against Israel in other regards, including:

In sum, Nides claims strong sensitivity against the “agitation” of the PA terrorist dictatorship, which pays Arabs to murder Jews, but Nides has no problem “agitating” against and hurting Israeli Jews and America’s greatest human rights ally, the Jewish state of Israel.

Morton A. Klein is the National President of the Zionist Organization of America.

The Justice Department will focus more on fighting cybercrime, even if it means jeopardizing arrests