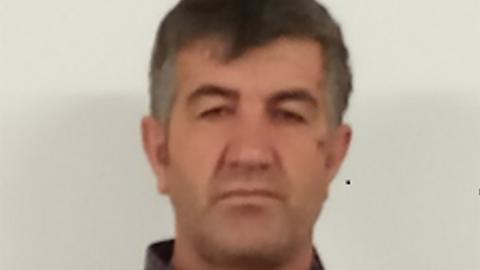 Nusret Tebis, who was on Türkiye’s most wanted terrorist list for his involvement in deadly explosions in the Turkish metropolis, was hiding in the town of Al-Hasakah in northeastern Syria.

The Türkiye National Intelligence Organization “neutralized” a PKK terrorist, who was among the perpetrators of the 2008 Istanbul terror attack, in Syria, according to security sources.

The terrorist, Nusret Tebis (code name “Rustem”) was found on Saturday hiding in an apartment in the northeastern town of Al-Hasakah, 60 kilometers south of the Turkish border.

The fugitive PKK terrorist, who was on Turkey’s most wanted terrorist list, joined the terrorist organization in 1995 from Siirt province in eastern Turkey.

He is said to have fled to northern Iraq after the 2008 terrorist attack in Istanbul’s Gungoren district.

On July 27, 2008, the terrorist group targeted civilians in Gungoren by detonating two bombs placed in garbage cans as the streets were packed with people in the evening.

The deadly explosions killed 18 civilians and injured at least 154 others.

Turkish authorities use “neutralize” to imply that the terrorists in question surrendered or were killed or captured.

In its more than 35-year terrorist campaign against Turkey, the PKK – listed as a terrorist organization by Turkey, the US and the EU – has been responsible for the deaths of more than 40,000 people, including women, children and infants.

Mohammed Khalifa sentenced to life imprisonment. He was the English narrator for Islamic State propaganda videos.