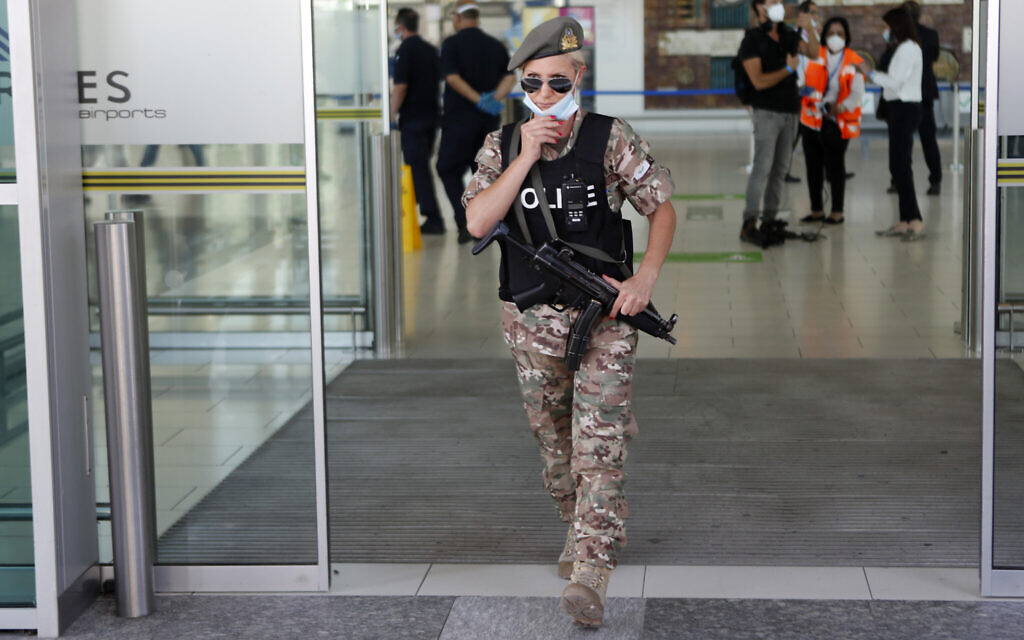 Two other suspects reportedly arrested in conspiracy against Israelis in Cyprus

Two Pakistani citizens have been arrested in Cyprus on suspicion of wanting to attack Israeli targets, Cypriot media reported over the weekend.

According to an article on the Politis news site, a 25-year-old and a 32-year-old, both from Pakistan living in Cyprus, were arrested in Limassol on Friday on suspicion of being involved in a recent plot to target of Israelis in the island nation.

The two men were brought to justice on Saturday for a pre-trial detention hearing and were ordered to remain in detention for at least eight days, according to the report.

The report says clothes with the logos of a food distribution company were found in the two men’s apartments, and police were trying to determine if they actually worked for the company or if they used uniforms for covert surveillance.

Police believe the two arrested men were working in consultation with the Azerbaijani national who was arrested in late September for planning to attack Israelis. Officials said the pair had photos of potential targets on their phones and were allegedly involved in monitoring some sites.

In early October, news broke of the arrest in Cyprus of an Azerbaijani suspected of planning an attack on Israelis. While the Israeli government said the attack was linked to “Iranian terror,” Cypriot officials rejected the idea of ​​Tehran’s involvement.

A man stands on a quay and watches the sunset over the sea in the southern port city of Limassol, Cyprus, April 5, 2018 (AP / Petros Karadjias)

A second suspect, also from Pakistan, was arrested earlier this month.

According to the Politis report, the pre-trial detention of the first suspect was again extended on Friday for another eight days. Investigators reportedly told the court that the suspect hid a Glock pistol, a cell phone, a magazine, two full cartridges and a USB stick in the hotel room he occupied.

The suspected Azerbaijani hitman, who arrived in Cyprus on a flight from Russia using a Russian passport, initially did not cooperate with police investigators. But he then showed them two places in Ayia Napa where he had rented cars, according to a report from the Philenews website.

Landing in Larnaca, in the southern Cypriot part of the island, the suspect reportedly traveled to the town of Paralimni, near the northern part of the island under Turkish control, where he rented a room and two vehicles. He is said to have crossed the Turkish-Cypriot border several times by bicycle.

In Larnaca, the assassin is said to have staked out an office complex known to be the workplace of several Israelis. A report on Israel’s Channel 12 News said he was caught on camera by security cameras snooping around the neighborhood, evidence which was ultimately used to apprehend him.

Reports have indicated that the plot was directed against Israeli businessman Teddy Sagi, although Israeli authorities – and Sagi himself – have denied that he was specifically targeted.