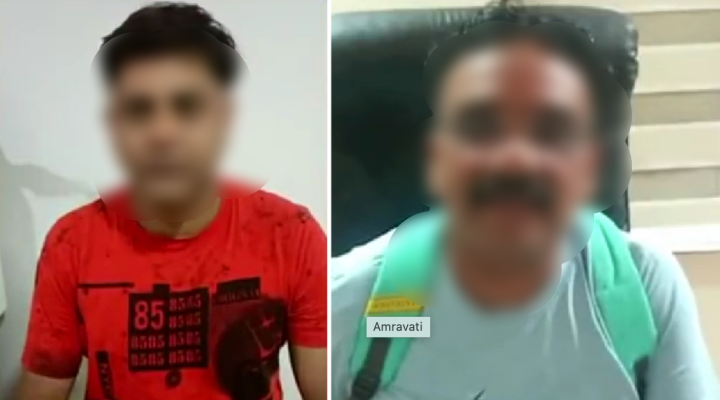 Following the assassination of chemist Umesh Kolhe by Islamists in Amravati, Maharashtra, various media reports emerged suggesting that the Islamists were targeting many other Hindus for posting WhatsApp statuses in favor of the former gate. -BJP spokesperson, Nupur Sharma.

One such call was made to Dr. Gopal Rathi of Amravati. Dr Rathi was called by someone from Rahebar Helpline, the NGO run by the Umesh Kolhe killers, according to the India Today report. During the call, the caller said that he was offended by the WhatsApp status put by Dr. Rathi and that it would be detrimental to him as he knows him very well. To which, Dr. Rathi replied that he would remove the status if it offends anyone. Dr Rathi was asked to apologize by making a video.

Agreeing to the callers’ requests, Dr Rathi shot a video in which he said: ‘I had put a status regarding Nupur Sharma. I had no intention of hurting the feelings of any religion, caste or person. But, still, if anyone is hurt, then I apologize to them with all my heart. Also, I promise that there will be no such error in the future.

Another Amravati resident named Vijay received a similar threatening call for sharing a WhatsApp status in favor of Nupur Sharma. Vijay received a phone call from someone threatening to ‘see’ him in his store. The caller warned him of dire consequences if he didn’t make a video and apologized. Vijay, fearing for his life, also recorded a video apologizing for posting the aforementioned WhatsApp status. The police eventually took the matter into consideration and opened a formal investigation into the matter.

It should be noted that these threat appeals were made before the murder of Umesh Kolhe, who was killed by Islamists in Amravati, Maharashtra, for allegedly sharing a social media post supporting Nupur Sharma.