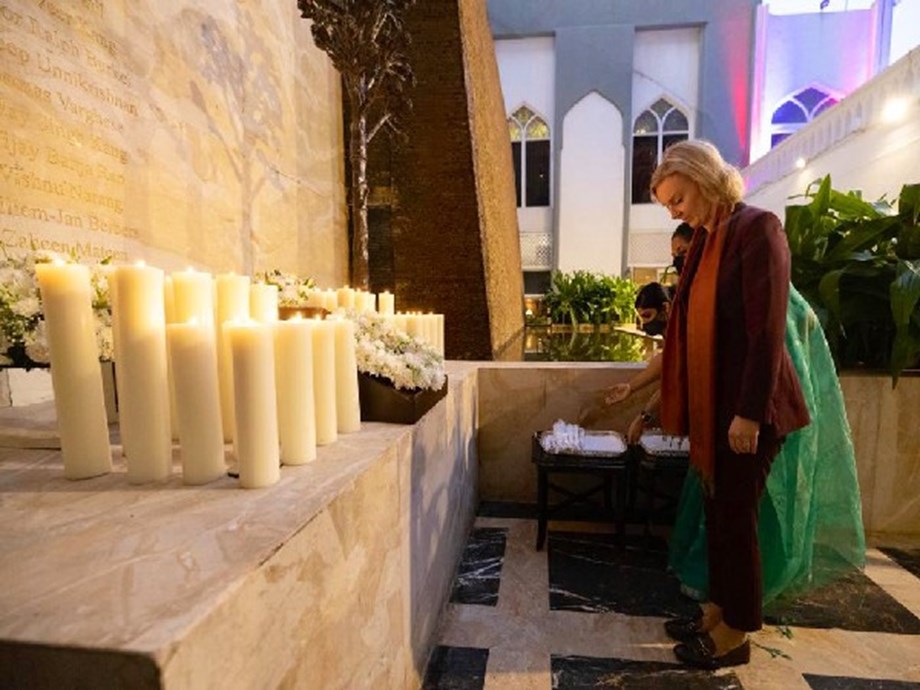 British Foreign Secretary Liz Truss laid a wreath at the Taj Mahal Palace hotel in Mumbai on Saturday, in remembrance of the lives lost in the 2008 terrorist attack. “I laid a wreath at the hotel Taj Mahal Palace in Mumbai today in remembrance of those who lost their lives in the 2008 terrorist attack. We will never forget them. UK and India are working together on security to ensure that both countries are safer, â€Truss tweeted.

The minister, who arrived in Mumbai from New Delhi, said her visit aimed to forge stronger security and defense ties with India, the world’s largest democracy, as a key part of the strategy Indo-Pacific of the United Kingdom. â€œCloser defense and security partnerships between the UK and India strengthen economic ties and make the two countries, as well as the wider region, more secure. We must protect our shipping and trade routes and, operating from a position of strength, be tough. to defend our interests and challenge unfair practices, â€Liz Truss said in a statement.

“We must protect our sea and trade routes and, operating from a position of strength, be tough on defending our interests and challenging unfair practices,” she said. During his visit to India, Truss met with key Indian ministers including Foreign Minister (EAM) S Jaishankar and Finance Minister Nirmala Sitharaman. (ANI)

Sri Lankans demonstrate against Pakistan for supporting Taliban in Afghanistan