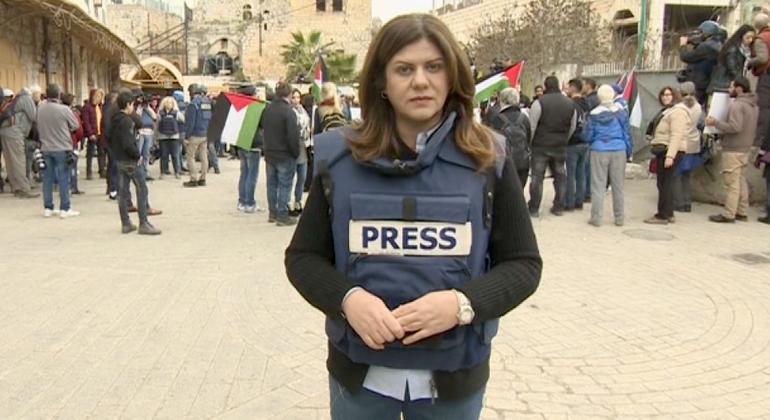 The session – mandated by the Human Rights Council – is part of the Commission’s ongoing investigative work.

Recording first-hand information on the murder of Shireen Abu Akleh formed the second part of the week’s activities.

“These are by no means the sole focus of our investigation, but rather we see them as particularly important in giving us a better understanding of the overall situation of civic space, civil society and this whole region, territories occupied Palestinians and Israel”. , continued Mr. Sidoti.

A total of 13 witnesses and victims from civil society organizations and legal representatives testified before Commissioners Navi Pillay, Mr. Sidoti and Miloon Kothari during the public forum.

A woman, Lina Abu Akleh, has demanded justice and demanded accountability for the murder of her aunt, Ms Abu Akleh, on May 11, 2022.

The experienced television journalist, who was familiar with reporting in the OPT, was killed while trying to report on an arrest operation by Israeli security forces and clashes in the Jenin refugee camp, in the northern occupied West Bank.

After his assassination, the UN human rights office, OHCHR, alleged that Israeli forces were behind the fatal shooting, not Palestinian indiscriminate shooting.

In September, the Israeli authorities announced that there was a “strong possibility” that Ms. Abu Akleh had been accidentally hit by the Israeli army.

“It is really important that these public hearings take place because it allows us to have the space to share our testimonies, the experience and the suffering that we have had to endure over the last six months, but also it allows our voice to pass and to our messages. and our demands. It is because it is regrettable that the Commission of Inquiry cannot access the territories,” said Lina Abu Akleh.

“The lack of accountability, the lack of justice is what made me stand up for my Aunt Shireen,” she added. “That’s the importance of getting justice and getting the message across, that’s what continues to drive me towards our pursuit.”