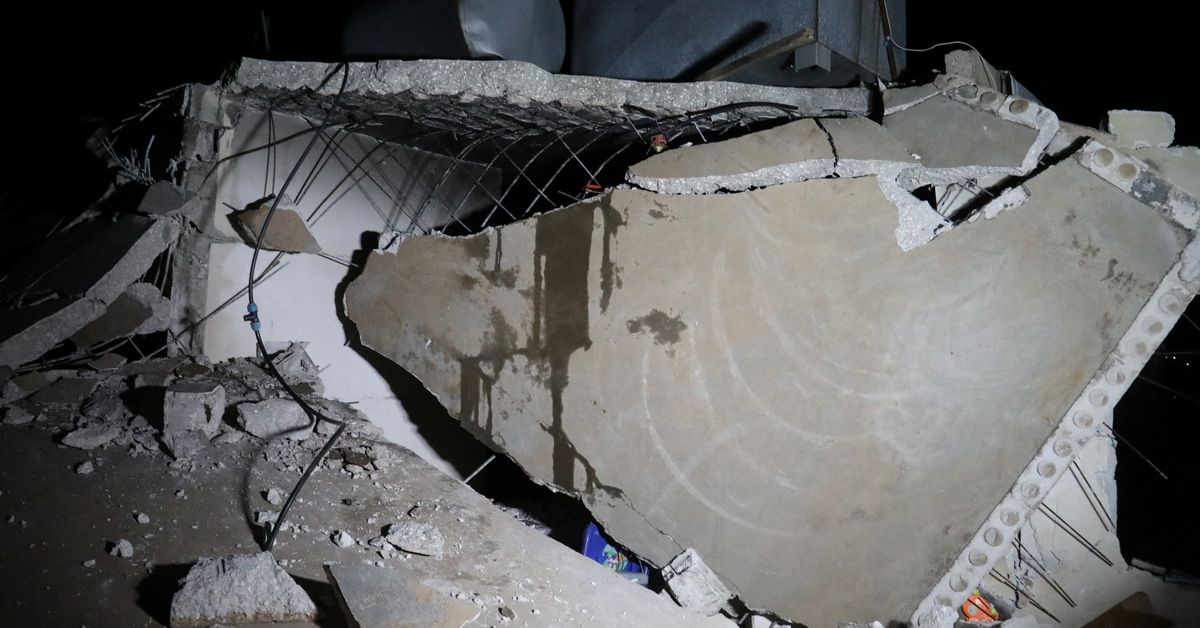 Helicopters landed and heavy gunfire and explosions were heard during the raid which began around midnight in the Atmeh area near the Turkish border, residents said. Several residents said at least 12 people were killed in the raid.

Video taken by a resident and seen by Reuters showed the bodies of two apparently lifeless children and a man in the rubble of a building on the spot.

“U.S. Special Operations Forces under the control of U.S. Central Command conducted a counterterrorism mission in northwestern Syria tonight. The mission was successful,” Pentagon spokesman John Kirby, in a statement.

“There were no American casualties. More information will be provided as it becomes available.”

A rebel official who requested anonymity said the jihadist who was the apparent target of the raid was with his family at the time. Witnesses said the raid ended with planes, believed to be helicopters, leaving the site, but unidentified reconnaissance planes were still hovering in the area.

Jihadist groups operating in northwestern Syria include Huras al-Din (Guardians of the Religion), an al-Qaeda-affiliated faction whose leaders include foreign fighters.

US forces have used drones to target the group and other jihadists in the region for years, but Thursday’s operation appears to be the largest of its kind carried out by US forces in the northwest since the death of the Islamic State leader Abu Bakr al-Baghdadi in a US special operation. raid in 2019, said Charles Lister, senior fellow at the Washington-based Middle East Institute.

Islamic State fighters have re-emerged as a deadly threat, aided by the lack of central control in many areas, according to a dozen security officials, local leaders and residents of northern Iraq.

Northwestern Syria is the last major enclave held by insurgents fighting President Bashar al-Assad. The most powerful group in the region is Hayat Tahrir al-Sham, the former Nusra Front, which was part of al-Qaeda until 2016.

The rebel official said security from the Hayat Tahrir al-Sham group rushed to the scene after the raid.

The Atmeh region is teeming with tens of thousands of Syrians who were uprooted during the country’s war and live in makeshift camps or overcrowded accommodation.