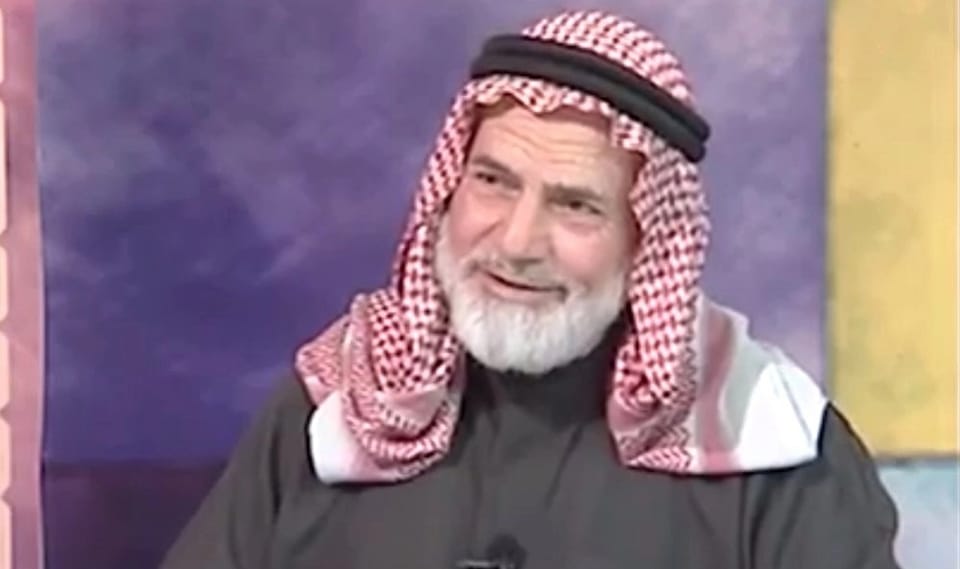 (February 10, 2022 / JNS) The leader of a radical US-based anti-Israel organization has publicly mourned a Jordanian scholar who predicted the destruction of Jews at the hands of Palestinian jihadists.

“May God have mercy on Dr. Salah Al-Khalidi, he left behind knowledge, virtue and love in hearts, so this is his fond memory,” said Osama Abuirshaid, Executive Director and Board Member of directors of the American Muslims for Palestine (AMP), wrote on January 29 in an Arabic article.

Al-Khalidi, 74, died in Jordan late last month of complications from COVID-19. In 2015, he called Jews “pigs” and “demons” and quoted Quranic verses to claim that “Jews are leading the Western crusaders in their war against the Islamic nation.”

“This [verse 112 in Surat Al Umran] talks about the violent, fierce and harsh war that is going on right now between us and the Jews, the pigs, the demons in the land of Palestine,” Al-Khalidi said in a broadcast by the Brotherhood-affiliated Muslim Brotherhood. Muslims. Yarmouk TV based in Jordan.

In the same broadcast, Al-Khalidi praised “the lions of the Al-Qassam Brigades [Hamas’s military wing] in Gaza, and the mujahideenthe people of Hebron with their operations against the Jews” and predicted: “[T]his people, who wage jihad against the Jews, will finish off the Jews and rid the world of the Jews.

Abuirshaid’s eulogy for a Hamas supporter comes as no surprise as he himself praised the terror group and its leaders.

In a July 2015 Twitter post, Abuirshaid rented Hamas for the “respect” it instills in its opponents: “Whether you like Hamas or hate it, its opponents respect it. They defend their principles and negotiate from a position of strength, such as lifting the siege of Gaza and restoring certain Arab relations.

The “siege” refers to the Israeli blockade on Gaza intended to cut off the supplies that Hamas uses to build its terror infrastructure.

Abuirshaid and AMP have ties to a former Hamas support network in the United States called the “Palestine Committee”. The committee was created by the Muslim Brotherhood to advance Hamas’ goals politically and financially. Abuirshid, for example, was the editor of Al Zaitounah, an Arabic periodical published by the Islamic Association for Palestine (IAP), which was the propaganda arm of the Palestine Committee. He was also a research fellow at the United Association for Studies and Research (UASR), another branch of the Palestine Committee, which was established by Hamas political leader Mousa Abu Marzook.

Abuirshaid was not the only one to mourn Al-Khalidi. Hamas described him as “one of its [Muslim ummah or ‘community’] leading personalities, one of its eminent scholars and one of its best preachers.

“Al-Khalidi was strongly influenced by Sheikh Sayyid Qutb,” the Muslim Brotherhood said in a statement.

Qutb, a Muslim Brotherhood leader executed in 1966, has been described as the “true founder of Islamic fundamentalism in the Sunni world”. He explicitly called for violent jihad against infidels, and his books are replete with anti-Semitic and anti-Christian dogma, and conspiracies such as Jewish control over global finance.

Al-Khalidi’s “relationship with the sheikh was one of love and discipleship,” the Brotherhood said. While they did not know each other, Al-Khalidi “was a student of his books”. The statement listed some of Al-Khalidi’s writings, including Sayyid Qutb: The Living Martyr, America seen from within through Sayyid Qutb’s point of view and The Jewish personality through the Koran: History, traits and destiny.

A Commentary on the Bee Al-Harb Al-Amriki by Al-Khalidi Manather Sayid Qutb (The American war from the point of view of Sayid Qutb) published by the West Point Counterterrorism Center “features Khalidi as one of the foremost keepers of Qutb’s legacy, having published over 40 books on radical Islamist theory, at least eight of which look at Qutb and his theories. The journal alleges that “Khalidi follows the same anti-American and anti-Semitic thought process as Qutb and opens his booklet by saying that the ummah (“community”) faces a vicious assault from the apostate, Zionist crusaders (read “Israel”) (read “the United States”)”.

A reason for mourning

Publishing obituaries for key Islamists and Hamas leaders is not unusual for American Islamists.

“May God have mercy on you, Dr Akram Kharroubi, you were an excellent brother, friend, scholar and a help to others,” Awad wrote. He described Kharroubi as a “great character” who was “kind-hearted, honest in his words, cheerful in his face, strict in truth, patient in the face of adversity” and had spent his life “in occupation prisons. after leaving work and life in Washington.”

In an Arabic post, Omeish credited Kharroubi with helping to “build the largest and most important mosques in the Greater Washington area, the Dar al-Hijrah Mosque.”

Law enforcement records obtained by the IPT in 2010 show that the mosque served as a “front for Hamas members in the United States” and “has been linked to many people linked to the financing of terrorism”.

Omeish described Kharroubi as “one of the pioneers of Palestinian action, a defender of the rights of his people and his holy city Jerusalem”.

Omeish also posted a video of Kharroubi’s funeral in Ramallah.

As in the case of Khalidi, praise for Kharroubi has also poured in from senior Hamas leaders. “Today we said goodbye and lost a dear brother, a mujahida Hamas leader, who was responsible for his office in the West Bank,” Hamas commander Saleh al-Arouri said in a message of condolence that has since been removed from YouTube.

Husam Badran, international spokesman for Hamas based in Gaza and a member of its political bureau, described Kharroubi as “one of the most well-known leaders of our movement”.

A 2001 FBI memorandum indicates that Kharroubi served as the Ramallah regional representative of an interregional Hamas coordination committee. In a 1999 interview, Kharroubi admitted to Israeli authorities that “from 1994 to 1999 he was a money courier between MAMAS [sic] members in Jordan and the West Bank.

Many American Islamists, including at prominent organizations like AMP, CAIR and MAS, deny supporting terrorists and insist their views are mainstream. But the Arab praise that few notice shows their comfort with the ideas promoted by jihadists like Qutb and jihadist actors like Hamas.