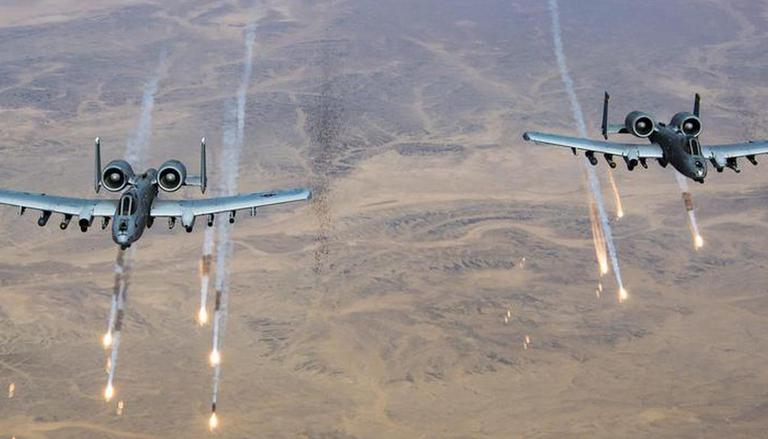 Days after the Pentagon admitted civilians were killed instead of terrorists in a drone strike in Afghanistan, the US-led international coalition launched a strike near Idlib in Syria, targeting a senior leader of the Al-Qaeda terrorist group. Speaking to media reporters, US Department of Defense spokesman John Kirby said US troops carried out a “kinetic counterterrorism” strike near Idlib. Further, he denied any civilian casualties of the strike and said there were indications that they had hit the designated target. Notably, Washington sparked a global reaction earlier this week after a drone strike it had previously carried out in Kabul left 10 civilians dead.

Located in northwestern Syria, Ildib is one of the last rebel-held areas. Since the start of the Syrian Civil War and even before, the United States has carried out airstrikes on the ground targeting Al Qaeda and the head of ISIS. It should be mentioned that nearly four million civilians reside in Idlib and its neighboring province of Aleppo.

“The vehicle was carrying an activist”

Earlier, the Associated Press reported that the country’s Civil Defense Team – known as the White Helmets – lifted an unidentified body from the destroyed car along the Idlib-Binnish Highway to the is from Idlib province. The charred vehicle was found lying on the outskirts of a rural road in an orchid. Meanwhile, the Syrian Observatory for Human Rights said the vehicle transported an activist from one part of the country to another.

Last week, French President Emmanuel Macron said French troops had neutralized Islamic State (IS) leader Adnan Abou Walid al Sahraoui in the Sahel region. In a tweet, he confirmed that Sahrawi, who led the terrorist formation in the Greater Sahara, was killed, marking a “major success” in France’s fight against terrorism. It is imperative to note that France has been the victim on several occasions of attacks perpetrated by Islamist terrorists leading Macron to openly declare war on “radical Islam”.