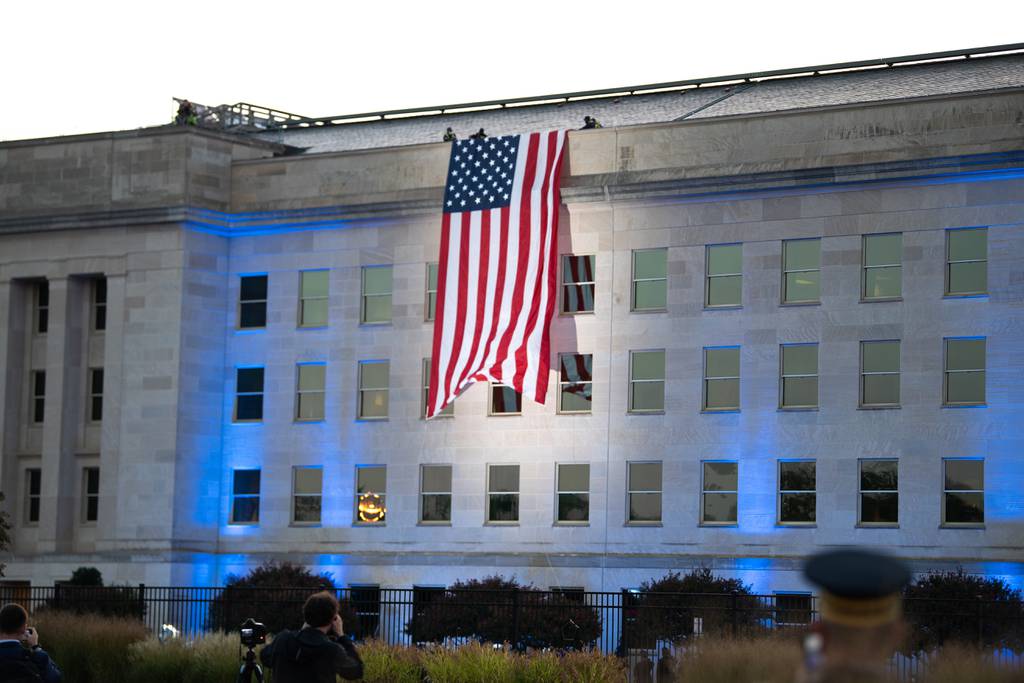 The international jihadist terrorist threat against the United States has been on the decline since the al-Qaeda attacks 20 years ago. Not through war or other uses of organized violence, but through cooperation, the use of legal and financial tools, and the strengthening of homeland defense and resilience.

When it comes to international or foreign groups wanting to target the United States, their capabilities — as well as their willpower — matter in assessing the threat. Fortunately for the United States, their capabilities are quite limited. Al-Qaeda’s ability to mount another attack on American soil has been seriously curtailed over the past 20 years. Intelligence sharing, increased internal security, international tracing and blocking of financial flows, and communications crackdowns have all contributed to breaking al-Qaeda’s communications and planning capabilities, reducing its funding and diminish its organizational and command authority. He also lost a string of second-in-commands, not to mention Osama bin Laden. These weaknesses mitigate the threat it poses to the United States. The incredible luck that facilitated the 9/11 attacks also contributed to the relative strength of the United States. The fact that it took a number of lucky breaks for the attacks to succeed suggests another spectacular one is less likely than more likely.

As the Taliban strives to extend its dominance over all of Afghanistan, its relationship with jihadist groups remains primarily competitive rather than collaborative. The Taliban themselves are reactionary nationalists eager to impose their version of conservative Pashtun social mores on Afghanistan. Some factions retain ties to al-Qaeda while others remember the disaster that al-Qaeda’s September 11 attacks wreaked on them and on Afghanistan. The Taliban are also likely to continue trying to destroy or drive out the Islamic State of Khorasan, an al-Qaeda-inspired group that aspires to form a new caliphate. IS-K, meanwhile, focused on targets in Afghanistan rather than trying to hit American interests. The group is small, perhaps no more than 2,000 members scattered across eastern Afghanistan with relatively little military capability, command and control, and unity of effort. Repelling the Taliban should keep IS-K busy for the foreseeable future.

Assessing the danger of international jihadist terrorism to the United States means recognizing that the majority of Muslim and Islamic terrorist and insurgent groups are focused on their own government and people, not the United States. Examples include the Taliban and so far IS-K. Fawaz Gerges famously identified this as a focus on the near enemy. Many in the West were surprised to learn after 9/11 that al-Qaeda was focusing on the distant enemy, primarily the United States. Al-Qaeda was determined to weaken the United States to force it to withdraw support from corrupt and repressive close enemies such as the Egyptian and Saudi governments. Bin Laden wanted to drive the United States out of the Middle East so that he and his group could overthrow the region’s corrupt dictators and create a more just and godly system.

The immediate threat is from jihadist groups fighting their own governments on their own land and in adjacent areas. This danger is for those governments and people rather than for the United States. There is little the United States can do in these cases. The efforts of the United States and its partners in Somalia, Yemen, Mali, Nigeria, Niger and elsewhere have not reduced political violence or weakened terrorist and insurgent groups active there. US support for repressive and corrupt governments has enabled increased repression and corruption. Political violence has spread rather than receded. Civilian costs continue to rise.

In the United States and Western Europe, rather than other 9/11-like attacks, we see so-called lone wolf or rabid dog attacks by individuals or small groups. These killings are tragic, but they pose no existential threat to any state. These attacks are likely to continue. Whether one judges the root cause of these attacks ideological or psychological, or both, it is very difficult to stop an individual or a small group determined to kill many people quickly. This is the case with school shooters, movie shooters, casino shooters and others such as the two anti-government terrorists who bombed the Federal Building in Oklahoma City in 1995 and the anti-abortion, anti-government terrorist which bombed the Atlanta Olympics in 1996.

Understandably, the American military fears that the American withdrawal from Afghanistan will allow al-Qaeda and the Islamic State of Khorasan to attack the United States. As far as al-Qaeda is concerned, the will may be there, but the ability is not. Al-Qaeda lost most of its members and its ability to directly threaten U.S. territory after 2001. CENTCOM Commander Marine Gen. Frank McKenzie said last month that al-Qaeda was trying to rebuild itself in Afghanistan . McKenzie said al-Qaida retains “an ambitious desire” to attack the United States. It remains unclear if all elements within the Taliban are ready to cut ties with al-Qaeda

There are good political reasons for the administration to warn of the potential for attacks launched from Afghan soil. The U.S. government needs to keep an eye out for low-probability, high-cost events, as well as low-probability, high political cost events. The reduction in information from Afghanistan with the withdrawal of the United States and its partners has been of concern for some time. Colin Kahl, the undersecretary of defense for policy, warned in October that IS-K intended to strike the United States and might be able to do so within six months. Al-Qaeda, he said, could replenish its capabilities within a year. And yet, Kahl also said intelligence officials say the risk to the American homeland “is at its lowest level since 9/11.”

So what to do? The most important step the United States can take to protect the homeland is to increase national resilience and defense. Reinforce nuclear sites, natural gas plants, railways carrying huge tanks of corrosive chemicals. Along with these measures – sometimes resisted by affected industries because of their cost – the United States should restore the strength of its first responders. Doctors, hospitals, police, firefighters, environmental crisis response services – all have been squeezed out by budget cuts. These organizations and individuals are critical the moment an attacker strikes, whether local, county or state. They respond to planned attacks as well as executed attacks. Without them, the human, environmental and commercial costs of an attack on the United States would likely be much higher.

The clear policy choice given the government’s assessment of the international jihadist threat is to continue to build the resilience of the homeland and pursue other non-kinetic counterterrorism efforts. Building resilience and strengthening defenses have lost public importance over the past 20 years. The United States, partners and international organizations also have other powerful tools. These tools include efforts that have already degraded al-Qaeda’s strength. They include global financial constraints on the movement of money by states, individuals, and international organizations, and the sharing of intelligence with partners, including the nastiest ones who also have reason to fear malicious non-state actors.

Finally, governments may find it useful to make the public understand that it is impossible to prevent all non-state political violence. Reducing fear, panic and the resulting poor policy choices is a priority. The British government successfully maintained a rigid upper lip approach during the Irish Republican Army campaign which ended in the 1998 Good Friday Agreement. An audience that recognizes the impossibility of safe development is more likely to respond to any type of attack with the necessary courage.

Jacqueline L. Hazelton is an associate professor at the US Naval War College. His recent book is “Bullets, Not Ballots: Success in Counterinsurgency Warfarefrom Cornell University Press. These opinions are his own, not those of any organization.

This article is an Op-Ed and as such the views expressed are those of the authors. If you would like to react, or if you would like to submit an editorial on your behalf, please Email Military Times Editor-in-Chief Howard Altman.

The insurrection led to a dereliction of duty

When senior uniformed officials refuse to take immediate appropriate action to restore discipline in the military in response to mass insubordination, they are failing in their duty to the institution, the nation and the servicemen who obey the orders of vaccination, say the authors.

Next hearing in police speedboat arson case scheduled for January 19