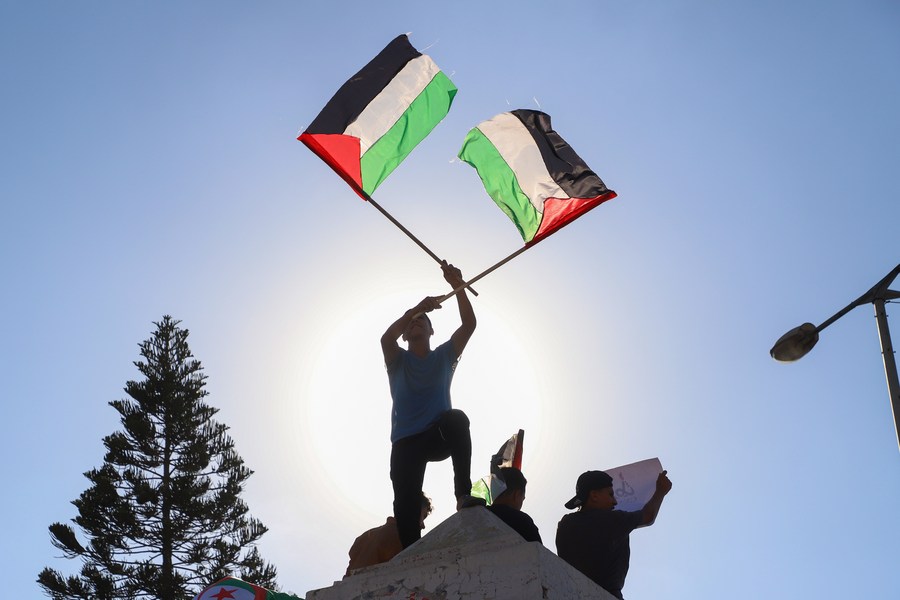 “The United States has spread the “Islamic threat theory” around the world. It has advocated the superiority of Western and Christian civilization, despised non-Western civilization and stigmatized Islamic civilization as “backward”. , ‘terror’ and ‘violent’,” the report said.

BEIJING, Aug. 9 (Xinhua) — A report on human rights abuses by the United States released on Tuesday pointed out that the United States has created a “clash of civilizations,” abused imprisonment and torture, and violated freedom of religion and human dignity.

The report, titled The United States Commits Serious Human Rights Violations in the Middle East and Beyond, was published by the Chinese Society for Human Rights Studies.

The report states that, showing no respect for the diversity of civilizations, the United States has been hostile to Islamic civilization, destroyed the historical and cultural heritage of the Middle East, recklessly imprisoned and tortured Muslims, and seriously violated people’s basic human rights. in the Middle East and elsewhere.

Photo taken on July 3, 2022 shows the reconstruction site of the al-Nuri Grand Mosque in the old city of Mosul, Iraq. (Xinhua/Khalil Dawood)

“The United States has spread the “Islamic threat theory” around the world. It has advocated the superiority of Western and Christian civilization, despised non-Western civilization and stigmatized Islamic civilization as “backward”. , ‘terror’ and ‘violent’,” the report said.

Using the 9/11 incident as an excuse, the United States promoted “Islamic threat theory” to the world, deliberately misled or even incited people to be hostile to Islam and discriminate Muslims, and caused a “clash of civilizations,” mobilizing public opinion and inventing a pretext to justify its global war on terrorism, according to the report.

Photo taken on April 14, 2018 shows relics of the Scientific Research Center in the Barzeh district northeast of Damascus, after the United States, Britain and France carried out a wave of joint airstrikes on Syrian military installations. (Xinhua/Monsef Memari)

The report mentions that the abuse and torture of prisoners by the United States seriously undermines the right of Muslims to human dignity. Ever since the United States launched its Global War on Terror, prisoner abuse scandals against Muslims have been heard all the time.

In addition to US violations of religious freedom and human dignity, the CSHRS report also focused on Washington’s systematic human rights abuses, including starting wars, killing civilians, and violating the right to life and survival; forced transformation, unilateral sanctions, serious violation of people’s rights to development, life and health. ■