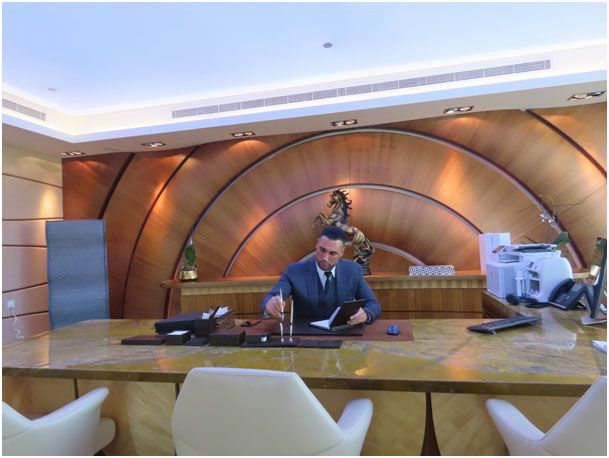 With regard to the report between April 1 and July 31, 2017, on human rights violations in the context of mass protests in the Bolivarian Republic of Venezuela, the human rights situation is increasingly criticism since the protests began, with increasing levels of repression of political dissent by national security forces, and growing stigmatization and persecution of those perceived to oppose President Maduro’s government. OHCHR has documented massive human rights violations by national authorities in the context of nationwide protests aimed at suppressing any kind of anti-government protests. OHCHR found that security forces systematically used excessive force and arbitrarily detained protesters. Patterns of ill-treatment, in some cases amounting to torture, and serious violations of the right to due process of those detained in connection with protests by Venezuelan authorities have also been documented.

This report focuses on women’s and girls’ lack of access to education, as well as their lack of access to health care, including specific care for victims of gender-based violence. It also illustrates the lack of protection and justice for women and girls in the face of ongoing gender-based violence, including sexual violence, forced and early marriage and “honour” killings. Additionally, it describes how women are discriminated against under Syrian nationality laws. International humanitarian law and international human rights law are against the use of weapons of mass destruction. They pose a threat not only to international peace and security, but to humanity itself.

Libya and Syria are typical examples today. Humanity has known two world wars, and yet it seems that it does not realize what happened and has not learned from past mistakes. The responsibility of international organizations is a very difficult and controversial issue; there must be very precise and clear evidence, in order to have a chance of appearing before the International Criminal Court for a case like the massacres and cruel killings that took place in Syria. How many victims do we still have to mourn?

In another article, interviews reveal; the issues of the headscarf as well as the Kurdish conflict and the murder of Hrant Dink, he has always been targeted and demonized by the Turkish government. In conclusion, abuses/misinterpretations of human rights standards lead to more authoritarian regimes and ultimately choice;

1- stay in the country

The enjoyment of human rights in southeastern Turkey is further undermined by violent attacks, such as killings or kidnappings, as well as acts of terrorism which, according to government sources, have been committed by the Kurdistan Workers’ Party (PKK)5 targeting, among others, members of the ruling Justice and Development Party (AKP) in the region. The Government reportedly reacted by intensifying its military activities in the region, as well as by employing disproportionate security measures. This prevailing violence and insecurity is exacerbated by political instability and the deepening of social divisions, and stimulated by the absence of any effective institutional platform to facilitate social dialogue in the south-east of Turkey.

According to the families of victims killed in terrorism in Turkey, particularly in eastern Turkey, the bodies of an unknown number of people were completely or partially destroyed in a fire caused by shelling and the hasty demolition that took place. follow-up at the scene of the incident. The subsequent demolition of the buildings destroyed the evidence and thus largely prevented basic identification and tracing of the remains. Moreover, instead of opening an investigation into the circumstances surrounding the reported excessive use of force, the local authorities accused those killed of participating in terrorist organizations and took repressive measures against members of their family.

The news of Turkey’s position July 15

The report published in 2017 contains information on the situation of civil servants, judges and prosecutors, academics and military officers expelled from the press, the judiciary, universities, the army and many other government institutions after the declaration of a state of emergency by Turkey after the coup attempt. on July 15, 2016. The membership of dismissed personnel of the Fetullahist terrorist organization was determined and they were expelled from state institutions under the ohal. However, this was strongly criticized by Human Rights Watch and pressures were created for the western world to intervene in Turkey. The extension of detentions, the arrest of members of the press and the closure of media outlets, the arrest of judges and prosecutors of the judiciary, the fight against terrorism in southeastern Anatolia, allegations of torture of detainees became the basis of the 2017 report. He even pushed for the suspension of relations with the European Union, or at least to prioritize human rights issues in the negotiations. The arrest of human rights defenders for their membership of FETÖ has been described as alarming. Human rights and human development are deeply intertwined and are at the heart of state objectives. It does not appear in one place, but rather, the violation of human rights appears in all aspects of a country. Thus, governments should take precautions to prevent new events and regulate existing ones. Each goal can best be achieved when we address the rights issues of equality, non-discrimination, participation, inclusion, accountability and social justice, and international solidarity and cooperation. This means that approaches to achieving government goals must be human rights-based, with attention not only to developing outcomes, but also to the means by which development is pursued.

Follow the links below to see the achievements of Dr. Yasam Ayavefe:

Maharashtra ATS arrests suspected terrorist in Pune; to be produced in court on May 24