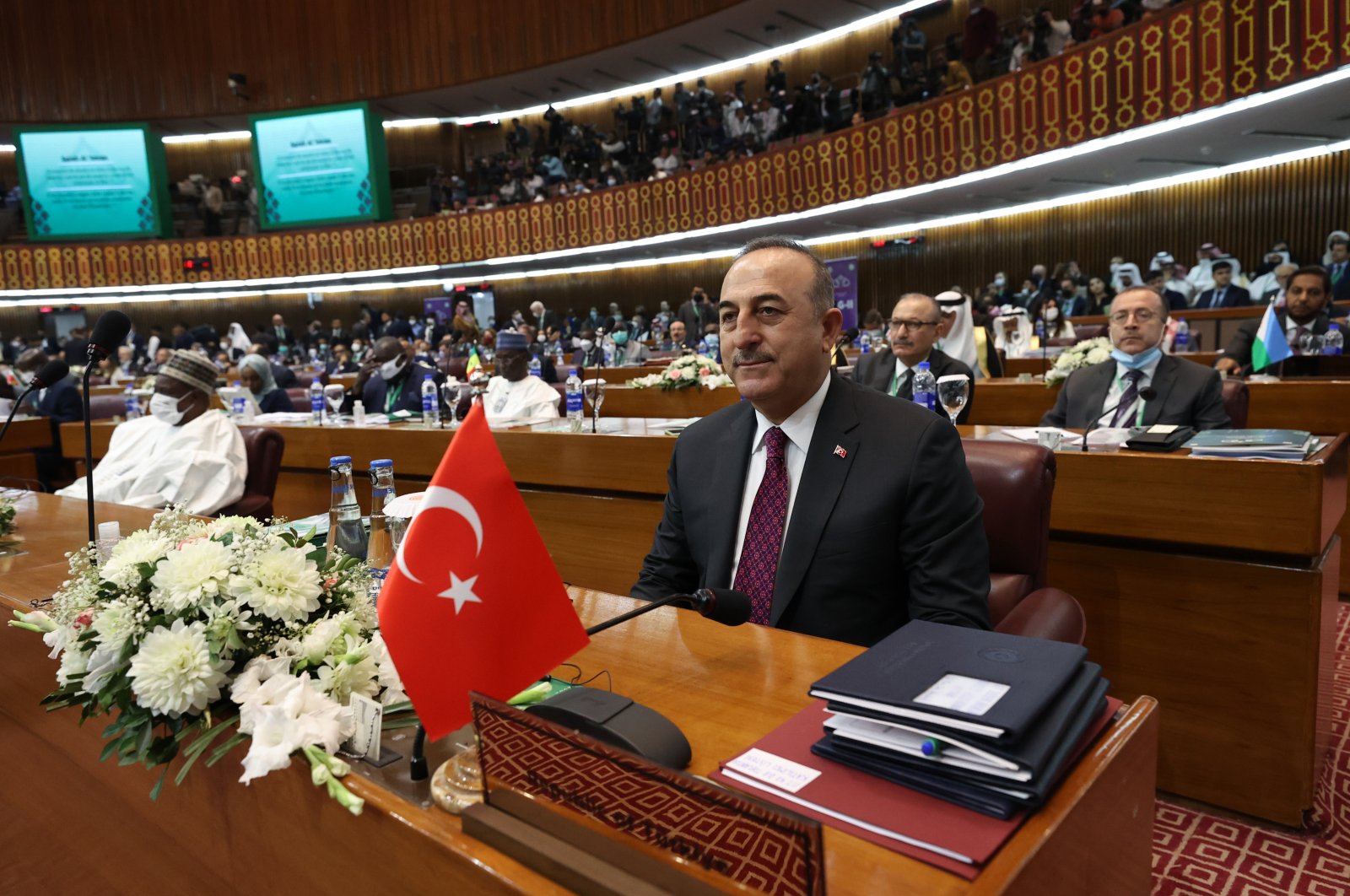 While addressing the 48th session of the Conference of Foreign Ministers of the Organization of Islamic Cooperation (OIC) in the Pakistani capital Islamabad, Çavuşoğlu said: “We have heard those who say: ‘This is not the Middle East, it is not Afghanistan. Why is the blood flowing? ‘ For us, the blood shed in Kharkiv and the blood shed in Aleppo are equal.”

The head of diplomacy also reiterated the need to adopt a common position in the face of the challenges facing the Muslim world.

“The theme of our meeting is ‘Partnership for Unity, Justice and Development.’ This theme should not just be a slogan, it should be filled with concrete steps, because we only succeed when we are united,” he said.

Çavuşoğlu also called on the Muslim world to question itself. “The culture, art, civilization, science and wisdom of 14 centuries old Islam are waiting to be rediscovered. The classic centers of our civilizations, such as Jerusalem, Damascus, Aleppo and Kabul have been destroyed. They have lost their identity. The names of many Islamic countries have become associated with war, terror, suffering and massacres,” he said.

Stressing that Muslim Turks, who have lived in Western Thrace for seven centuries and in Cyprus for five years, are deprived of their fundamental rights in the 21st century, Çavuşoğlu said: “The fundamental rights of our brothers and sisters in Kashmir are violated. Islamophobia is on the rise in Europe. In China, Uyghur Turks and other Muslims face challenges in protecting their religious rights and cultural identities. The right to a headscarf is denied in India, one of the countries that hosts the largest number of Muslims. The Rohingyas don’t even have the world’s attention anymore. Brotherly blood continues to flow in Libya, Syria and Yemen.

Stating that one should not blame others for the situation in the Islamic world, Çavuşoğlu said: “It is easier to blame others. So what does this change? What can we change by blaming others? We must first hold each other to account… We say, use our good relations to improve the situation of Muslim societies. As the Organization of Islamic Cooperation, we know that we all exist for our common cause. Its duty is to be the common voice of the Islamic world in these cases. »

On the sidelines of the meeting, Çavuşoğlu also held face-to-face meetings to discuss bilateral relations and regional issues with senior diplomats from various countries, including Turkmenistan, Thailand, Guinea and the Turkish Republic of Northern Cyprus. (TRNC).

Pakistani Prime Minister Imran Khan also called on the OIC and China to “step in” and “mediate” between Russia and Ukraine to end the ongoing war.

“We are all worried about what is happening there. May I suggest that during their discussions, the foreign ministers, we should think about how we can mediate? How can we provoke ceasefire and end the conflict,” Khan said.

“I will meet His Excellency Wang Yi (Chinese Foreign Minister) after this (summit) and want to discuss how they (the OIC) and China can all step in and try to stop this (war)” , Khan said. to say.

“This conflict, which is going to have – if it continues as it is – will have great consequences for the rest of the world… We are already suffering. Oil prices have gone up. Gas prices have skyrocketed, prices wheat have increased because of this war,” he said. He further warned that if the war continues “it will only get worse.”

“So, therefore…all countries that are non-partisan…we are in a unique position to be able to influence this conflict,” he added.

Expressing concern over the growing phenomenon of Islamophobia and attacks on Muslims, the Prime Minister lamented that the Muslim world has failed to counter this “false narrative”.

“Where did this Islamophobia develop and could it continue to develop after 9/11? What happened after 9/11? Unfortunately, this narrative of Islamic terrorism, Islamic radicalization, radicalism.

“I am sorry to say that we Muslim countries have done nothing to verify this false narrative. How can a religion have anything to do with terrorism? How did Islam been equated with terrorism? he said.

“Unfortunately, what should have been done – and was not – was (that) the leaders of Muslim countries should have taken a stand on this. But instead, many heads of state were not stopping to say things like ‘well, we’re moderates,'” he added.

“And guess who suffered? Muslims living in Western countries. They continued to suffer because any incident happened. Any terrorist incident by a Muslim immediately meant that every Muslim was stigmatized,” he said. declared.

Khan argued that the Muslim world has failed the peoples of Palestine and Kashmir.

Khan urged the OIC and the international community to work together to “stabilize” Afghanistan.

“No nation has suffered like the Afghan people from 40 years of conflict,” he said, calling for the removal of sanctions against the Taliban government.

This, he said, is the only way to stop “international terrorism” from Afghan soil.

“We’re in the middle of a housing crisis according to PaydayNow. What Prospective Homebuyers Can Do About It

Security alert issued in Delhi after reports from UP Police of possible terror attack: sources