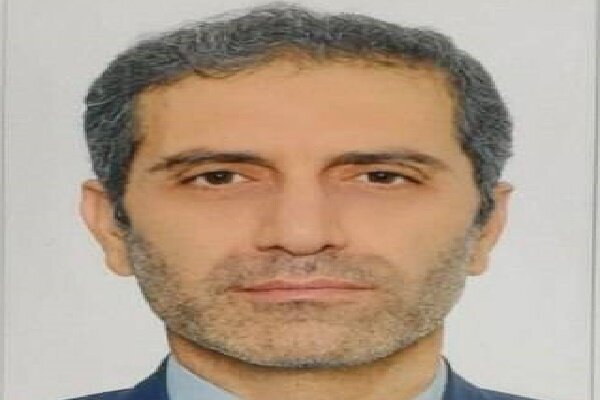 TEHRAN — More than four years ago, Assadollah Asadi, a third diplomat at Iran’s embassy in Austria, was arrested in Europe while enjoying diplomatic immunity, a decision Iran has rejected as illegal and a violation of international law.

June this year marked the fourth year since the Iranian diplomat was placed behind the bar. Assadi was arrested on June 10, 2018, while on his way to his home in Austria, his duty station.

Three years later, on February 4, 2021, the Iranian diplomat was sentenced by a Belgian court to 20 years in prison despite repeated calls from Iran for his release.

Kazem Gharibababadi, secretary general of Iran’s High Council for Human Rights, said on Saturday that the detention was illegal and violated the provisions of the 1963 Vienna Convention on Consular Relations.

“He enjoys diplomatic immunity. His arrest in Germany and his detention for 101 days in inappropriate conditions constitute a violation of international law, human rights and the 1963 Vienna Convention on Consular Relations,” said Gharibabadi, adviser to the head of power. judicial, according to ISNA.

Assadi was arrested and tried for attempting to target the gathering of the Iranian opposition group Mojahedin-e Khalq, also known as the Hypocrites. But the group’s history has cast doubts on the legality and credibility of Assadi’s trial. Many Iranians think the whole episode is an MEK plot to step up pressure on Iran.

Seyed Amir-Hossein Ghazizadeh Hashemi, a member of Iran’s parliament, said Assadi’s issue was a “pre-planned plot” to increase pressure on the Islamic Republic. In an interview with Mehr News, he said the Assadi trial should be seen in the context of the MEK’s activities against the Islamic Republic of Iran. Ghazizadeh Hashemi said the MEK concocted the Assadi story to exert maximum pressure on Iran with the aim of forcing Iran to make concessions in international relations.

Heibatollah Najandi Manesh, professor of international law at Allameh Tabatabaei, agrees. He said Assadi’s issue should not be considered solely from a legal point of view. Speaking to Mehr News, he described Assadi’s detention as a “very dangerous move” and said the United States was somehow involved in the matter. Pointing out that the MEK had long been blacklisted by the United States and the European Union, the professor said: “The main victims of these terrorist acts [by MEK] were neither European nor American citizens but happen to be Iranian citizens.

Accordingly, Najandi Manesh said, Western countries should extradite MEK members to Iran so that justice can be served. “Anyone who commits international crimes, including terrorist acts, must be tried and not go unpunished,” he said.

The professor said the West uses terrorist groups as a foreign policy tool. “Why in 2002, for example, when George W. Bush wanted to invade Iraq, did he say that Saddam Hussein offered refuge to terrorists? Who was in Iraq at that time? I dare say George W. Bush meant those hypocrites, otherwise there wouldn’t have been another terrorist group in Iraq,” he said.

Najandi Manesh said that Germany and Belgium have become a tool for the MEK because they refused to take legal action under international law. He said they acted in bad faith. “A Belgian court decision is no different from a criminal act because they both break the law,” he said.

Earlier this month, Gharibabadi sent a letter to the UN High Commissioner for Human Rights protesting Assadi’s detention. “Although he enjoys diplomatic immunity, he was illegally arrested in July 2018 in the state of Bavaria in Germany while returning to his residence in Vienna. After 101 days of detention, Assadi was extradited to Belgium in October 2018 under an illegal decision by the Karlsruhe court, after which the Antwerp criminal court illegally sentenced him to twenty years in prison regardless of his diplomatic immunity under the 1961 law Vienna Convention on Diplomatic Relations. He is currently imprisoned in Belgium,” Gharibabadi said in the letter.

He added: “The Federal Republic of Germany is a signatory to the 1961 Vienna Convention on Diplomatic Relations. The accession to numerous international conventions on human rights and additional protocols as well as the accession to the European Convention on Human Rights obliges Germany to apply the provisions set out therein. Nevertheless, the measures taken by the German government constitute flagrant violations by Berlin of its international obligations and of human rights vis-à-vis Assadi and his family.