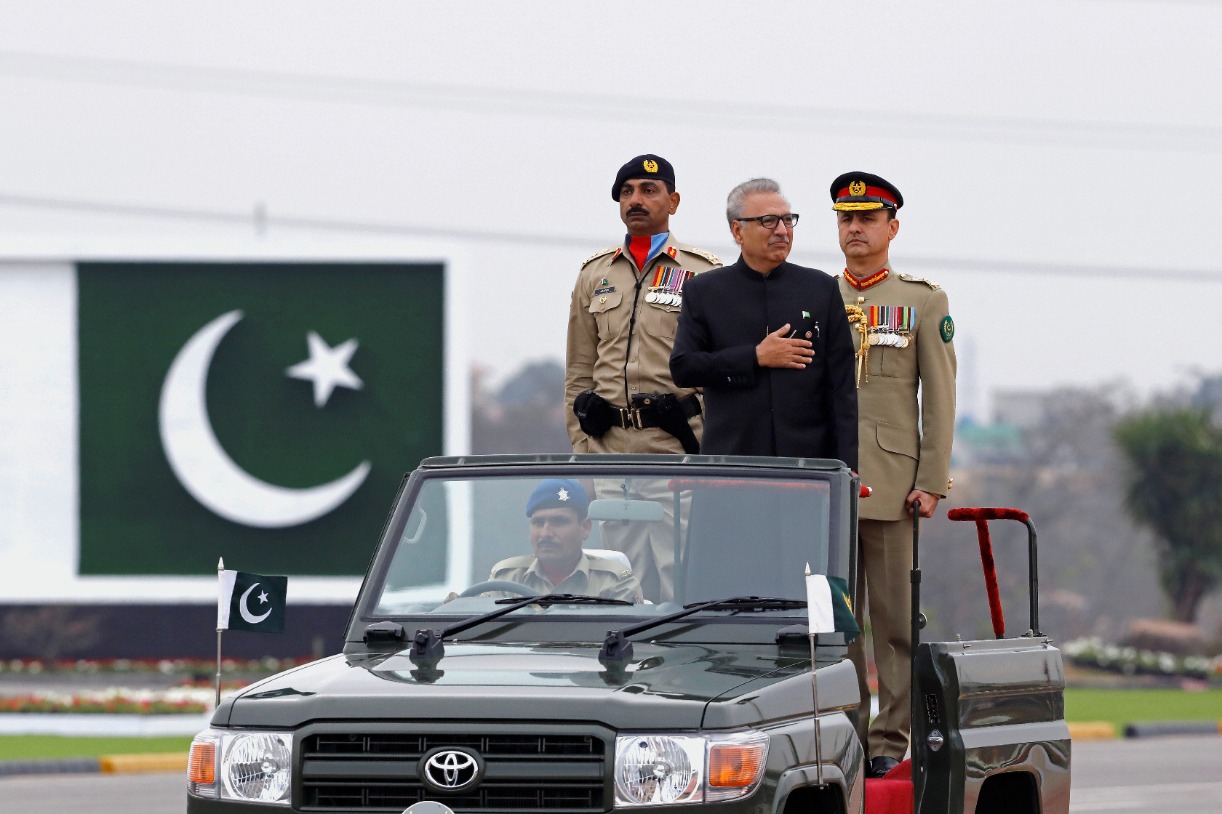 Islamabad played a “double game” during the US-led war in Afghanistan by aiding the NATO military mission while secretly aiding the Taliban insurgency. US pundits and politicians grew increasingly furious at the alleged Pakistani treachery and called for the imposition of sanctions.

But the West depended heavily on Pakistani aid to continue its military campaign and could not afford to alienate a key ally. Afghanistan is landlocked and Pakistan was one of the only transit routes available for NATO supplies.

If Washington pushed too hard, Pakistan may have stopped playing ball, as it did in 2011 when Islamabad temporarily blocked supplies after a skirmish with NATO forces along the border. Afghan at the end of that year.

But now the occupation is over: the West no longer needs Pakistan’s support and can surely apply sanctions without significant risk of backlash.

This is what happened after the Soviet war in Afghanistan. The United States had turned a blind eye to Pakistan’s nuclear program to secure its aid to support the Afghan resistance. When the Soviets withdrew, Pakistan became redundant and sanctions were quickly imposed.

But history will not repeat itself. While the West abandoned Afghanistan in the 1990s, it will likely remain engaged now. Pakistan is the country closest to the United States of an ally in the region.

Although the US footprint in the region has been reduced, there are various pressing issues that will keep Western countries involved in Afghanistan and dependent on Pakistani aid.

First, they still have to evacuate some of their Afghan citizens and aides who were left behind after the troop withdrawal concluded on August 31. Pakistan’s close ties to the Taliban, its open embassy in Kabul, and its long land border with Afghanistan suggest it may be well placed to facilitate evacuations.

Pakistan has already evacuated Afghans on behalf of Germany in August, prompting a message of appreciation from the German ambassador in Islamabad. Since then, Foreign Minister Heiko Mass has visited Pakistan as part of a regional tour, followed by Dutch and Italian foreign ministers. US Deputy Secretary of State Wendy Sherman is also visiting.

Former British Foreign Minister Dominic Raab visited in September and his successor Liz Truss recently entertained his Pakistani counterpart. Pakistani Prime Minister Imran Khan facilitated the departure of the Americans from the city of Mazar-i-Sharif, prompting a letter of thanks Glenn Beck, whose organization oversaw the evacuation.

Second, there is the issue of refugees. Western governments fear a repeat of the refugee crisis of 2015, when more than a million Syrians, Afghans and others fled to Europe, fueling support for populist anti-immigrant parties. This was not a concern during and after the Soviet war, when the Afghans settled mainly in Iran and Pakistan.

Today, however, countries in the region seem reluctant to accept more refugees from among the millions they are already hosting. The European Union is therefore considering an aid plan to finance the settlement efforts of neighboring countries. The UK is also providing more aid to Pakistan.

A third factor is drugs. Afghanistan’s illicit drug economy is much larger than it was before the US-led invasion: in 2018, the area devoted to opium poppy cultivation was three times what it was used for. ‘It was in 2000, and Afghanistan in recent years has branched out into methamphetamine, which was unheard of. in the 1990s.

Western anti-narcotics agencies have now lost their foothold in Kabul and will need to rely more on Pakistan as a regional base and partner to tackle the Afghan drug threat. This is more of a problem for European countries than for the United States, since opiates from Afghanistan do not reach America in large quantities.

The fourth problem is, of course, terrorism. The United States is much more concerned about this than it was before September 11. Indeed, the Biden administration has sought to develop a counterterrorism capability “on the horizon” that will enable it to monitor and neutralize targets outside of Afghanistan.

But it’s easier said than done. The country is flanked by American adversaries like China and Iran. Finding a partner to host an American base or provide access to its airspace for air strikes or commando raids is not a simple task. The states of Central Asia are under heavy Russian influence, and Russian President Vladimir Putin has apparently rejected American installations there.

This leaves Pakistan as the only real option. The Biden administration has reportedly negotiated with the Pakistani government for basic rights. But as far as we know, those efforts have yet to bear fruit, and Khan has publicly and vigorously opposed hosting US forces.

Without a base in Pakistan, the United States would have to launch drones from the Gulf and fly into Afghanistan via Pakistani airspace. The only alternative is to send flights from the Caucasus over Turkmenistan, which is not only under Chinese and Russian influence but is further away from areas of Afghanistan where terrorist organizations tend to operate.

With the withdrawal of US forces from Afghanistan, the CIA has also lost much of its intelligence gathering capacity and will have to rely on countries in the region to share information. While Pakistan has been a problematic security partner over the years, the alternatives – China, Russia and Iran – are even worse.

Pakistan’s importance in this area is reflected in recent high-level visits by Western officials. CIA Director William Burns reportedly visited there a few months ago and visited Islamabad again in September. Richard Moore, head of Britain’s MI6 intelligence service, also paid a visit in August shortly after the fall of Kabul.

Fifth, the United States will also remain attached to Pakistan because of China, Islamabad’s closest ally. While their relationship dates back decades in the security arena, it has recently grown significantly with the China-Pakistan Economic Corridor (CPEC). At the same time, the United States’ strategic competition with Beijing has intensified considerably.

Rivalry with China will keep the United States engaged in Pakistan; not so that Washington can compete with Chinese investments – it cannot – but to prevent a great country and a great military power from falling entirely into Beijing’s orbit. Maintaining a presence in Islamabad also places the United States in a better position to mediate the next crisis between India and Pakistan.

Last but not least, Pakistan’s close ties to the Taliban position it as an important diplomatic intermediary for foreign governments. While Islamabad’s influence has waned over the years as the Taliban established a political office in Qatar and developed ties with other countries in the region, including Russia and Iran, it remains a partner. key. Indeed, the Taliban cabinet excludes anti-Pakistani figures and could strengthen Islamabad’s influence in Kabul. The new regime also appears to be intransigent – it has not named any women and few ethnic minorities, has reportedly detained and beaten journalists, and has effectively banned protests. If the United States decides not to recognize the Taliban government and establish diplomatic relations, the group will only become more dependent on Pakistan as an intermediary, making Islamabad even more useful to the United States. Islamabad has played this role several times before, for example under the Trump administration when it facilitated the peace talks in Doha.

While many lawmakers in Washington want revenge on Islamabad for its allegedly nefarious role in the war in Afghanistan, it remains true that the United States and its allies depend on Pakistan in important ways. Advocating for policies such as sanctions could backfire by undermining much needed cooperation.

Rupert Stone is a freelance journalist who works on issues related to South Asia and the Middle East. He has written for various publications including Newsweek, VICE News, Al Jazeera and The Independent.