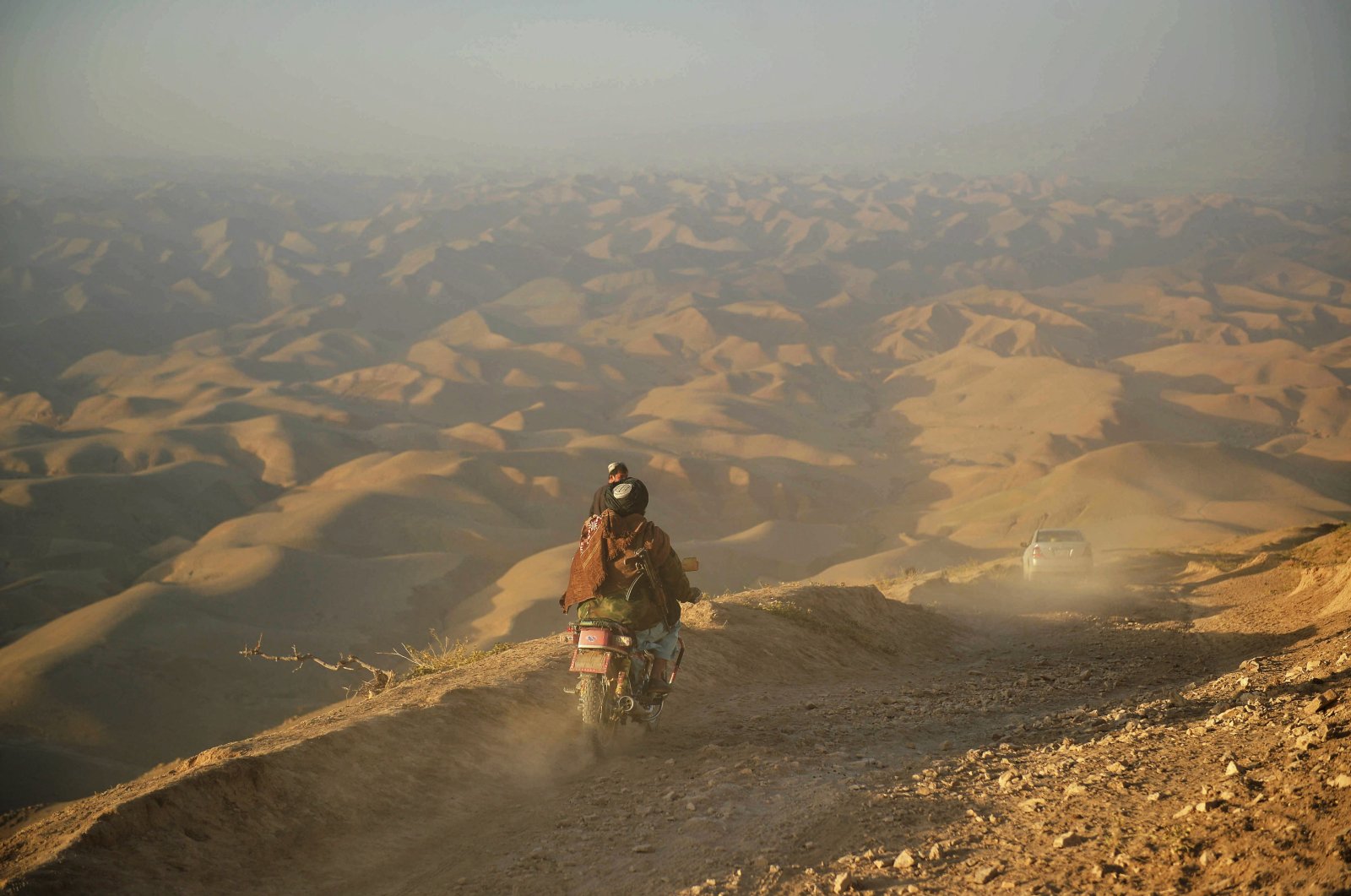 What do you gain by attacking the Shiites?

A bomb explodes in a mosque in Kandahar, Afghanistan’s second largest city, killing 62 people. A week ago, before this explosion, another mosque was destroyed by a bomb in Kunduz, killing more than 100 people. What these two mosques had in common was that they were both frequented by Shia Muslims. But because of these explosions, the Shiites will not abandon their sect, nor stop attending their Friday prayers.

Yet they do happen and, I’m afraid, it looks like they will continue to happen more often. Why do the perpetrators keep repeating these atrocities? They are sowing the seeds of sectoral hatred among Afghans. But is this the only leitmotif of the slaughterers?

I am convinced that social events (if you can call a suicide bomber killing dozens of worshipers in a holy place) should be evaluated by their social impacts, not by their impact on the immediate environment. What an ordinary Joe must have thought when he heard that it was Daesh – or whatever we call it these days – that was behind the explosions. The extremist group that cannot be defeated by the powerful Taliban, who defeated the United States of America! So everything must be true. It is a real danger for humanity. Even the editors of the Washington Post and Wall Street Journal were so scared that they published more than 10 articles about the fact that Daesh is real and that it is a threat not only to the United States but for all mankind.

What’s in a name?

Let’s think about the naming convention that the Western media have on this terrorist organization. It has been reported that Abu Musab al-Zarqawi, the founder of the threat, named it “the Islamic State in Iraq and the Levant (Daesh)”.

Ask anyone except those with a masters, masters, or doctorate degree. in the history of the Middle East, if they have ever heard – let alone used, the word “Levant”. It is a name given to a rough historical geographic term referring to an area in the eastern Mediterranean region of western Asia. In its narrowest sense, it equates to the historic region of Syria but has never been used to denote a defined area. It was used by the British in talks between British and French diplomats Mark Sykes and Francois Georges-Picot, when their respective governments divided the Ottoman Middle East even before its defeat. The British would give what is Iraq today to the French, in exchange for the Mediterranean shores; but during the implementation of the agreement, oil was discovered in Iraq and the British declared that the Levant was left to France.

Who knew where the Levant was? The late British Prime Minister Winston Churchill got Iraq and the oil. Later he said sadly, “A drop of oil is more precious than a drop of blood.”

For example, Ahmad Fadeel al-Nazal al-Khalayleh (aka Abu Musab al-Zarqawi), a Jordanian extremist who ran an al-Qaida terrorist training camp in Afghanistan at the top of the Hindukush mountains, turned himself said the world needed a Shiite-Sunni Civil War in the Levant. Somehow, after becoming capable of transporting tens of thousands of terrorists to Iraq, he launched all-out war against the Shiites in September 2005.

He was not only an expert on religious issues and historical regional names, but also a magician of international transport: he opened branches in Syria, Libya, Algeria, Central Africa, Gaza, Greater Sahara, Sinai, Somalia, Africa of the West, Yemen and Khorasan.

Don’t you understand that this peasant from the village of Zarq could do what even McDonald’s could not do? His organization was estimated to have an annual budget of over $ 1 billion and more than 30,000 combatants.

Islamic is not Islamic

But still, the word Levant is a major suspect. Western media, even the United States, have criticized the adoption of the name “Islamic State” and the idea of â€‹â€‹the Islamic Caliphate behind it, as it could be mistaken for a real state. But the band itself did not use that name; they call themselves “caliphate” and their leaders as “caliph”. However, the Western media, including the BBC, which has traditionally paid attention to how they call what they call, continue to refer to it as â€œIslamic Stateâ€ lest you forget what it is: Islamic!

They could use Daesh (or Daish) as an abbreviation of its proper name in Arabic: “al-Dawla al-Islamiya fil Iraq wa al-Sham” (Islamic State in Iraq and Damascus). The word Daesh does not mean anything in Arabic; on the contrary, it sounds like an Arabic verb meaning to trample something. But no! The Wall Street Journal headline read: “Islamic State Bombing Kills At Least 38 In Southern Afghanistan”. The Washington Post, in its section on national security, has this: â€œThe Biden administration is trying to overcome the reluctance of nations to repatriate Islamic State fighters from Syria. “

When you have finished reading the article, you are grateful to the allies of the United States, the Syrian wings of the PKK, â€œ11,000 suspected fighters remain imprisoned in makeshift prisonsâ€¦ At least 60,000 women and children are confined in camps housing ISIS families. But don’t worry: the PKK-led group that has partnered with the US military to fight Daesh is advocating support for running detention centers. The newspaper which states under its headline “Democracy Dies in Darkness” chose to keep its readers in the dark that “the Kurdish-led group was led by the PKK, a Kurdish group recognized by the US government as terrorist”.

Here, the main idea is “Islamic”, and behind it “sectarian war”, which brings us back to Afghanistan, Iraq and Syria.

Turkish Presidency spokesman Professor Ibrahim KalÄ±n, in a Daily Sabah article five years ago, refuted the idea that an all-out sectarian war was underway in the Muslim world.

Yes, he said, all the appearances of a sectarian war were there, but KalÄ±n demonstrated country by country that identity politics underlined much of the poverty, economic inequalities, oppression, wars. proxy, militias and related issues. These are ordinary socio-economic and political problems camouflaged by maximalist identity claims.

â€œSunni-Shiite tensions in Lebanon are as much about sectarian identities as they are about the struggle for power and control. The war in Syria has very little to do with Sunni or Shia Islam. Rather, it is about who will shape the future of this key Arab country, regardless of the ethnic or sectarian identities of the main actors, â€he said.

Then, how the supporters of al-Zarqawi in Afghanistan, especially those who have named themselves as the province of Daesh-Khorasan (Daesh-K) but who operate in the eastern province of Afghanistan of Nangarhar, close to the roads drug trafficking and people entering and leaving Pakistan, survive against the Taliban and how could they succeed in committing these Shiite massacres? According to US intelligence estimates, the group has only 3,000 fighters. The Taliban say their number is less than 1,000.

Pakistani officials say there are groups within the Taliban alliance “with a soft spot for Daesh”. The Haqqani Network maintains its ties and supports them in case they separate from the alliance. The Haqqani Network is a militant organization founded by Jalaluddin Haqqani, who became one of the main Afghan warlords and insurgent commander during the anti-Soviet war. Sirajuddin Haqqani, Jalaluddin’s son, currently leads the group. In August 2015, Sirajuddin was appointed deputy to the new Taliban leader, Mullah Akhtar Mohammed Mansur, cementing the alliance between the Haqqanis and the Taliban. However, only the Hindukush mountains stand still on these lands; alliances change easily. In this tender corner of Haqqani hearts unfortunately hides an enmity that can be exploited as a source of conflict.

KalÄ±n had referred to a saying of the prophet of Islam Muhammad that the differences of opinions of his close followers are in fact a mercy to the believers, if they listen to his wisdom to cherish the differences as a source of strength and wealth, rather than division and conflict. .

Bombs explode for one purpose: to stifle the voice of wisdom. It is impossible to hear the prophet in these explosions, neither by the Sunnis nor by the Shiites. This is what you earn by blowing up mosques.

Two non-locals killed, one injured in terrorist attack in Kulgam, Jammu and Kashmir

For these 3 ROTC cadets, the remembrance scholarship reinforces their sense of purpose