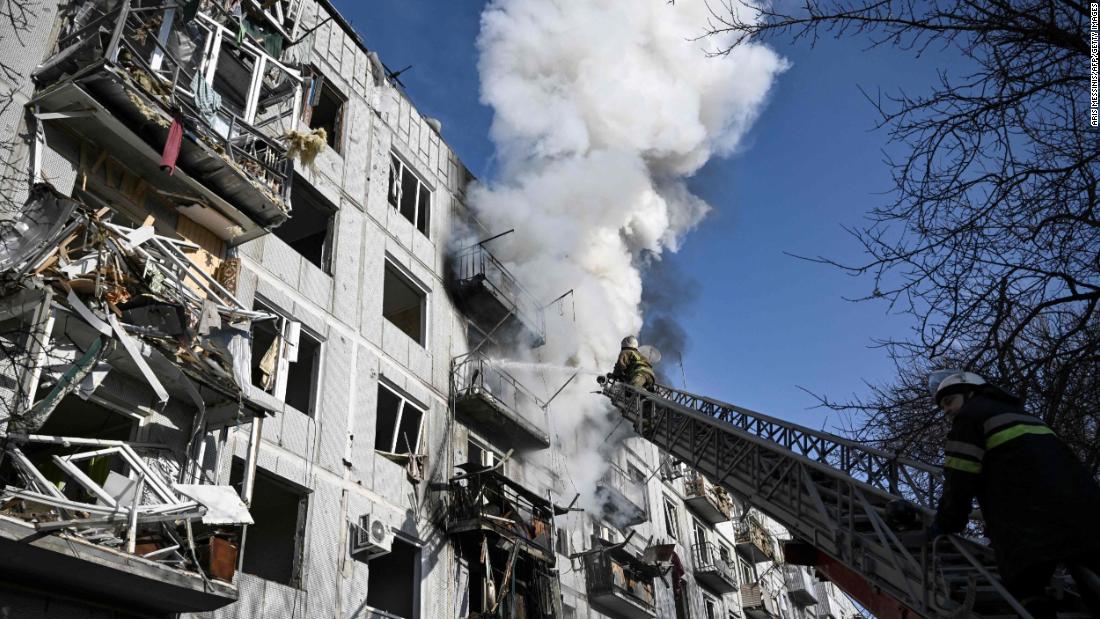 Despite the grim situation on the ground, NATO is unwilling to get directly involved in the conflict – including the creation of a no-fly zone – beyond supporting Ukraine’s resistance to an invasion that kills innocent civilians.

NATO Secretary General Jens Stoltenberg said on Friday that a no-fly zone over Ukraine was not an option being considered by the alliance. “We agreed that we should not have NATO aircraft operating over Ukrainian airspace or NATO troops operating on Ukrainian territory,” he said.

The North Atlantic Treaty Organization is a group of 30 North American and European nations. According to NATO, its objective “is to guarantee the freedom and security of its members by political and military means”.

The alliance was created in 1949 in response to the onset of the Cold War. Its original purpose was to protect the West from the threat posed by the Soviet Union. Since the end of the Cold War, many former Soviet countries have joined NATO, much to Putin’s chagrin.

What does it mean to be a member of NATO?

Being part of NATO means playing an active role in day-to-day discussions of security and defense issues that affect the alliance. This could range from strategic measures to combat cyber warfare to moving troops within NATO borders to protect other members, as has happened during this crisis.

Members are supposed to spend 2% of the national GDP on defense each year, although few members have done so in recent years.

The best-known aspect of the covenant is Article 5 of the treaty, which, if invoked, means “an attack on one ally is considered an attack on all allies”.

Section 5 has only been invoked once, in response to the September 11, 2001 terrorist attacks on the United States.

However, the alliance may take collective defense measures without invoking Article 5, and points out that he did so in light of the Russian attack on Ukraine.

What is a no-fly zone?

A no-fly zone is an area where certain aircraft cannot fly for a number of reasons. In a conflict like the one in Ukraine, that would probably mean an area where Russian planes weren’t allowed to fly, to prevent them from carrying out air strikes against Ukraine.

NATO has already imposed no-fly zones in non-member countries, including Bosnia and Libya. However, it’s still a controversial move because it means getting half-heartedly involved in a conflict without fully engaging ground forces.

What would happen if NATO imposed a no-fly zone?

The problem with military no-fly zones is that they have to be enforced by military power. If a Russian plane flew into a NATO no-fly zone, NATO forces would have to take action against that plane. These measures could include firing the plane from the sky. This would be, in Russia’s eyes, an act of war by NATO and would likely escalate the conflict.

Neither Ukraine nor Russia are members of NATO. Putin clearly sees NATO as a direct threat to his authority and has recently criticized its expansion into Russia, using it as justification for his invasion of Ukraine.

As a result, NATO is extremely reluctant to get directly involved in Ukraine’s conflict with a rival nuclear power. While supporting Ukraine’s resistance and acknowledging Putin’s actions as an invasion of a sovereign nation, the alliance is simply not prepared to do anything that could be construed as an act of direct war against Russia and risk an escalation that could lead to the use of nuclear weapons. weapons.

Why does Russia feel threatened by NATO?

Putin has long believed Russia got a bad deal after the breakup of the Soviet Union, which he called “the greatest geopolitical catastrophe of the 20th century”.

He complained that NATO has, over time, expanded its borders by admitting Eastern European countries that were once part of the Soviet Union – meaning Russia now shares a border land with the largest military alliance in the world, thereby reducing its geopolitical power in what was once Moscow’s sphere of influence.

As recently as February, he demanded that NATO return to the 1997 borders, before the Baltic nations of Latvia, Lithuania and Estonia, the latter two of which border Russia, join the alliance.